Letter written by B. Warschauer at the Chabannes children's home to Norbert Bikales in Paris on a pre-printed postcard that includes censorship regulations. 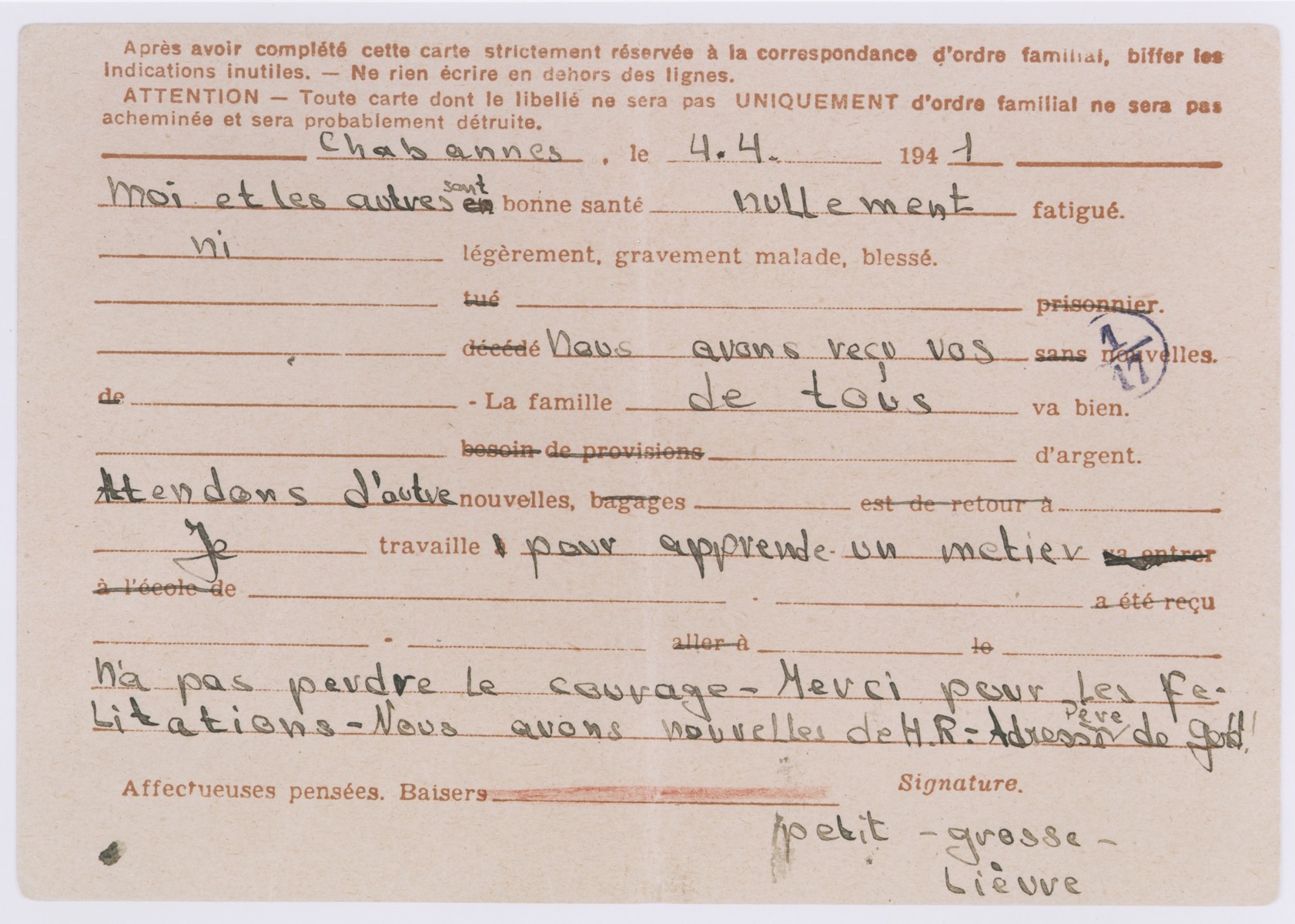 Letter written by B. Warschauer at the Chabannes children's home to Norbert Bikales in Paris on a pre-printed postcard that includes censorship regulations.

The correspondent is instructed to fill in the appropriate lines only and not to add additional information.