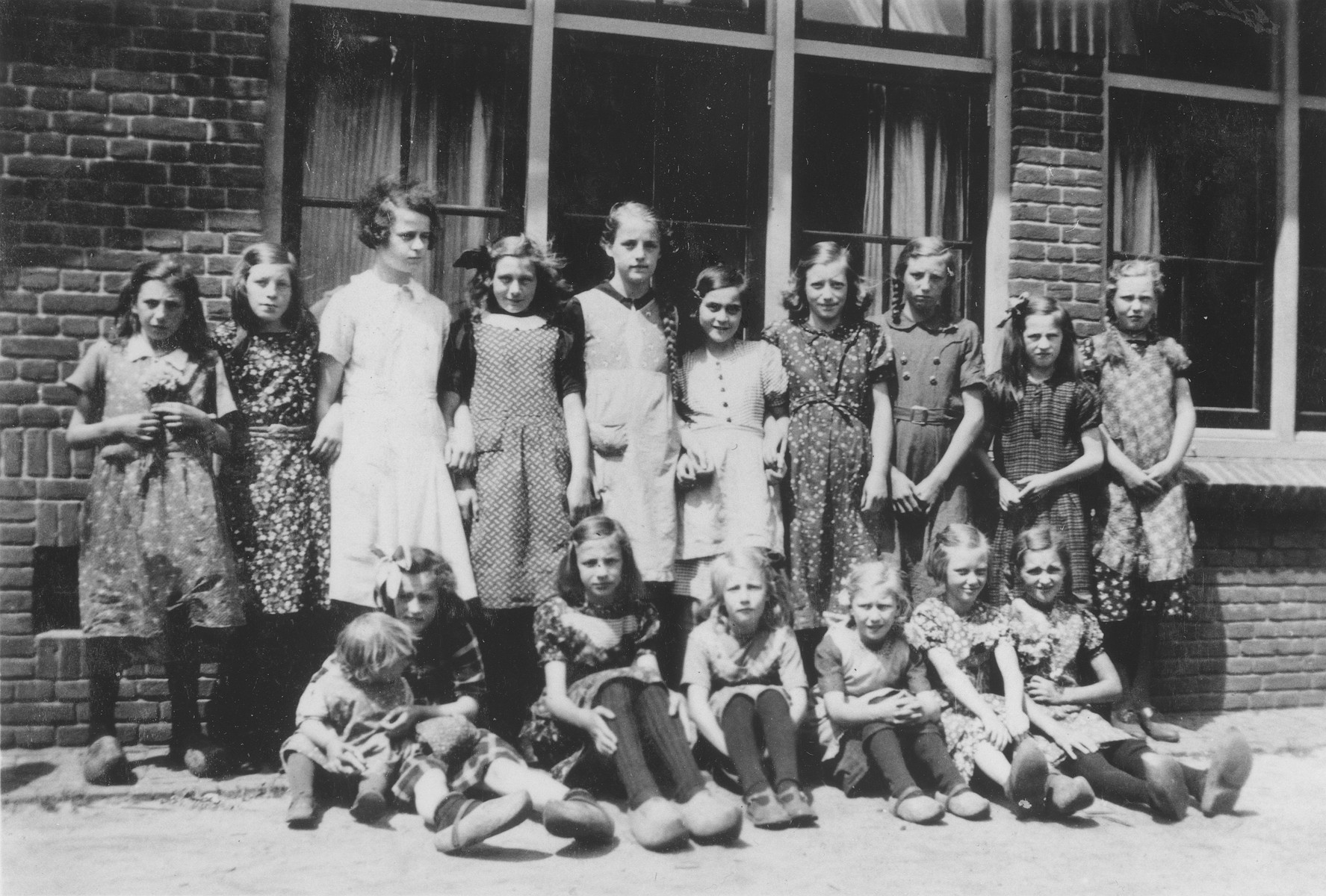 Gerda Bloch is pictured standing third from the left, and Doris Bloch is fifth from the right.