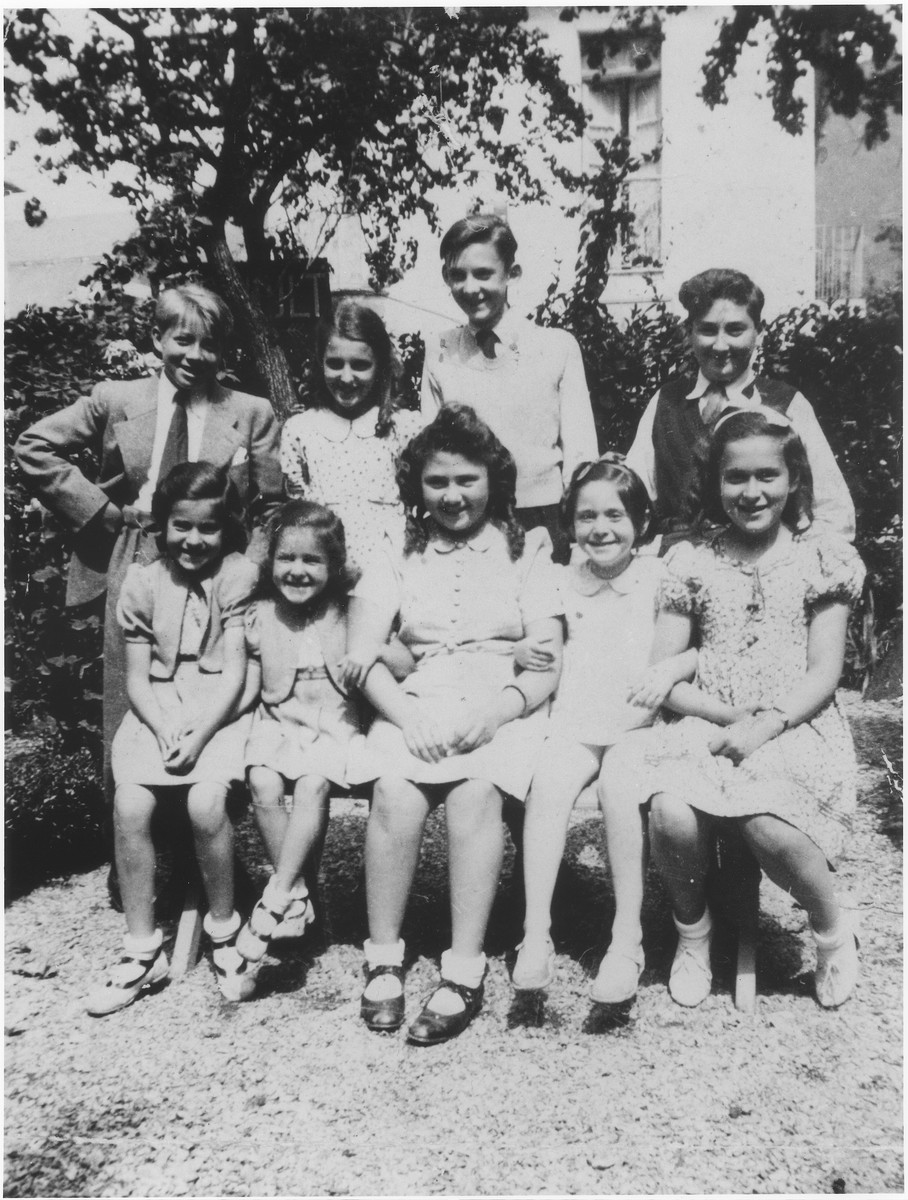 Pictured in the front row from left to right are Berthe and Sara Silber; Rachel Tyberg; Lucy Schifmanovitch; and Gisele Cohen. Standing in the back row at the right is Abraham Tyberg.