Jewish refugee youth perform in a band at the Montintin children's home. 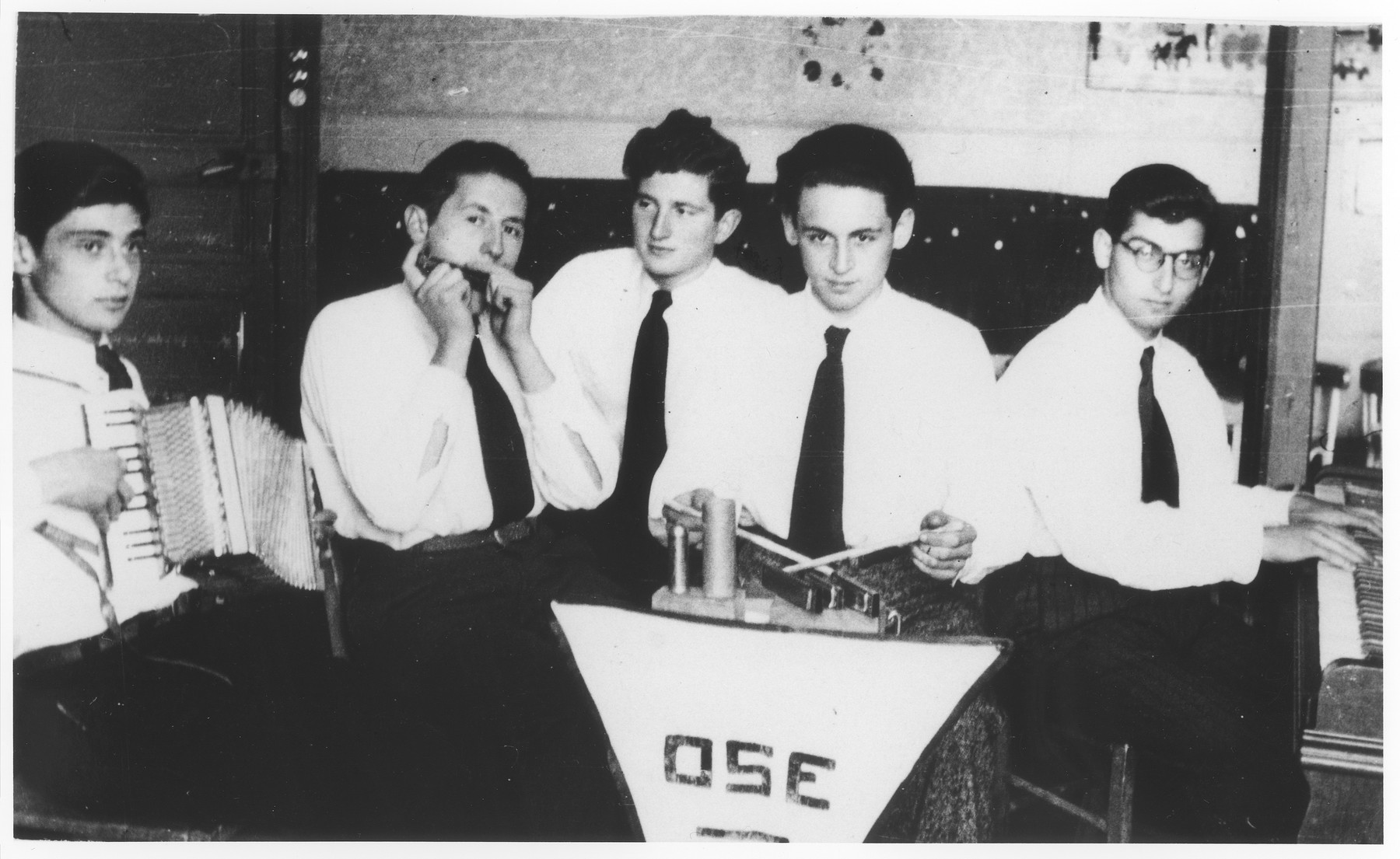 Jewish refugee youth perform in a band at the Montintin children's home.

The orchestra called itself "Orchestre Sans Espoir" [the orchestra without hope], a play on words for the initials OSE.

Biography
Ruth Heilbrun is the daughter of Bruno and Selly (Grete) Heilbrun. She was born February 13, 1925 in Nordhausen am Harz, Germany, where her father owned a department store, Kaufhaus Heilbrun. Ruth had two older brothers, Kurt (b. 1913) and Hans (b. 1917). In May 1939 the family sailed on the MS St. Louis to Havana. After the ship was forced to return to Europe, the family was offered refuge in France. Ruth was placed in the OSE children's home, Villa Helvetia and later transferred to Montinin. Her parents settled temporarily in Le Mans and then in Perigeux. In the spring of 1942 the family received visas for the United States, and Ruth went to Marseilles to meet her parents. The family proceeded to Casablanca, where they boarded the SS Serpa Pinto for New York. After the war Ruth married Hans Windmuller, a fellow passenger on the MS St. Louis. Ruth's oldest brother Kurt, who did not travel with the family on the St. Louis, was killed during the war in Zagreb while trying to get to Palestine.