A group of Jewish youth pose outside the Rothschild's Chateau Ferriere, where they are attending a summer camp sponsored by OSE. 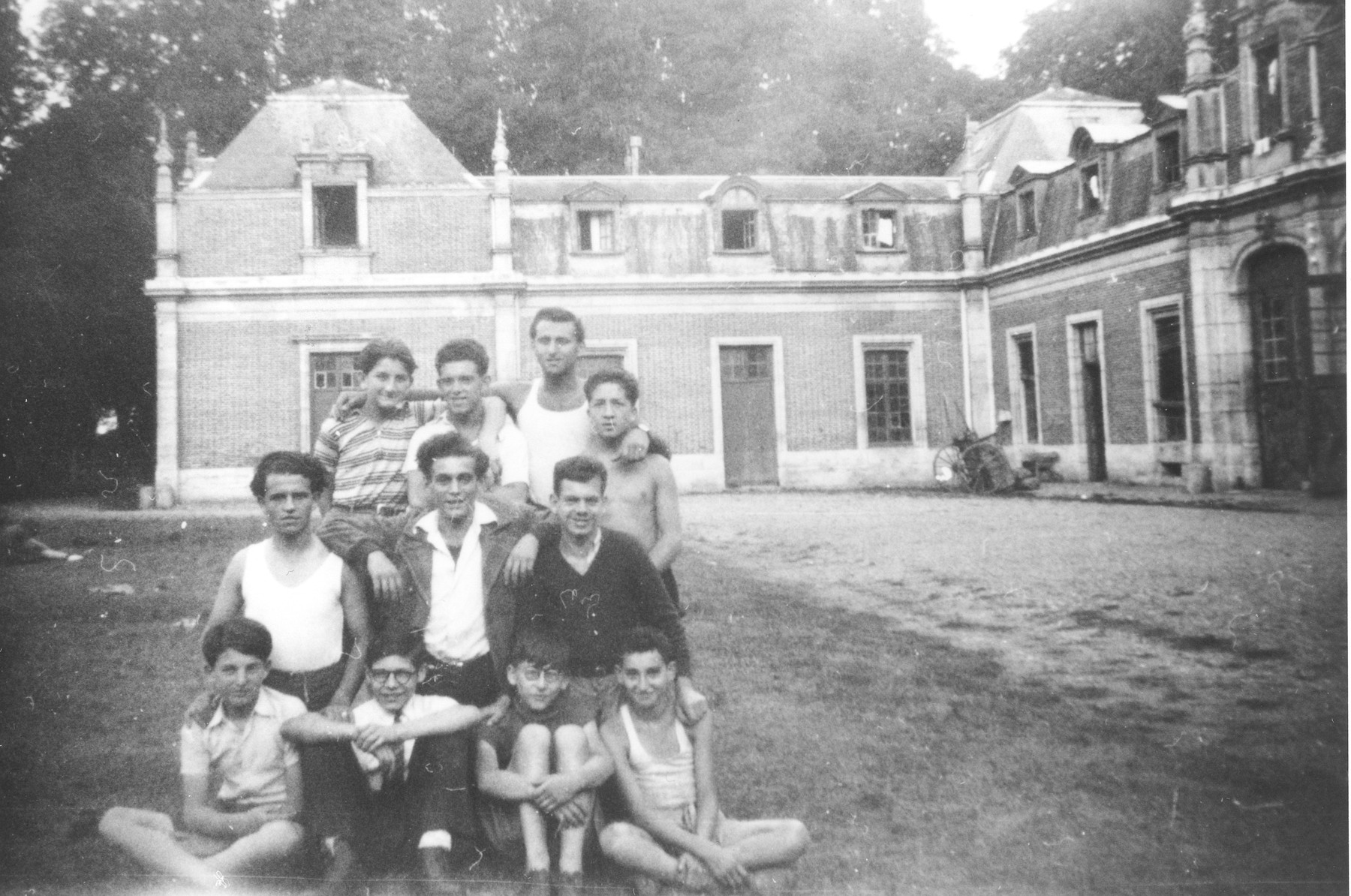 A group of Jewish youth pose outside the Rothschild's Chateau Ferriere, where they are attending a summer camp sponsored by OSE.

Ivar Segalowitz is pictured standing in the back row at the far left. Ignacz Linzer is standing next to him.