Jewish youth attempt to build a human pyramid in the yard of the Rothschild's Chateau Ferriere, where they are attending a summer camp sponsored by OSE. 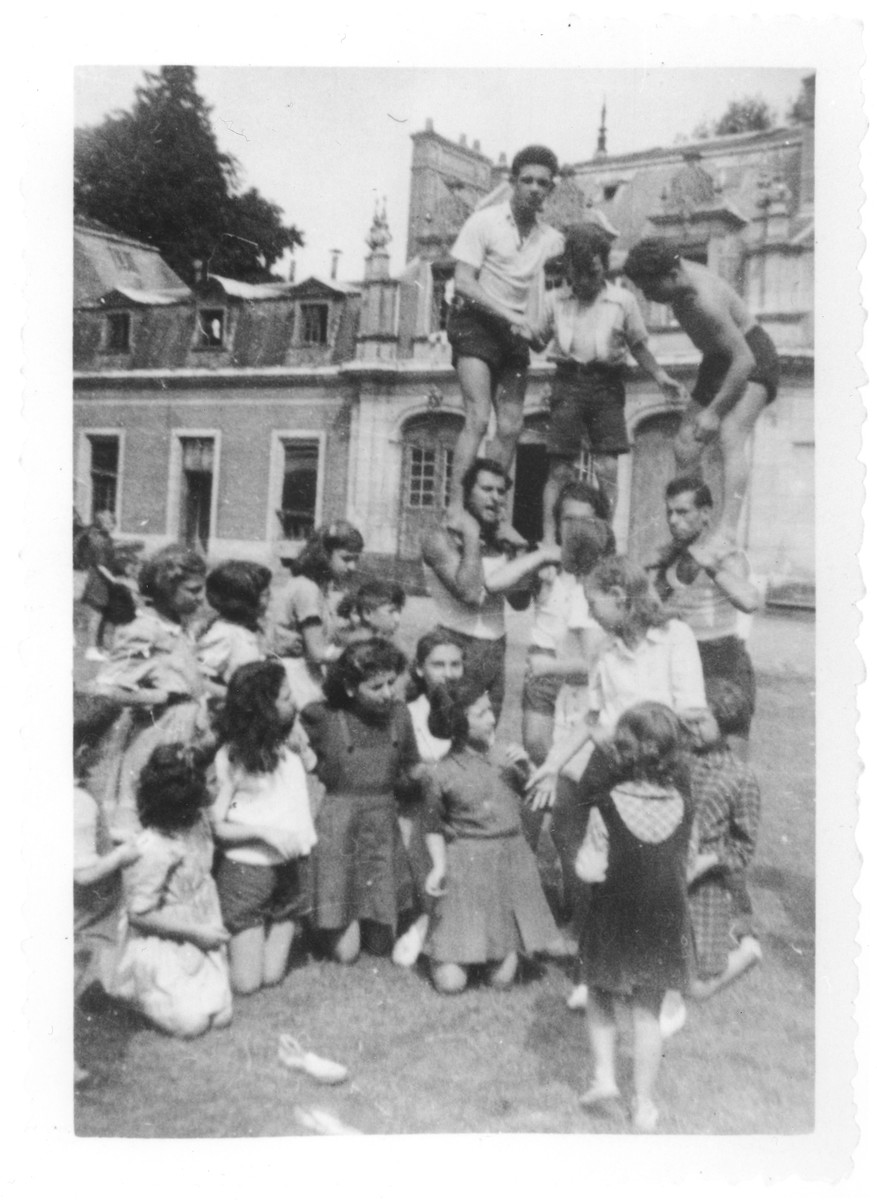 Jewish youth attempt to build a human pyramid in the yard of the Rothschild's Chateau Ferriere, where they are attending a summer camp sponsored by OSE.

Pictured at the very top of the pyramid is Ignacz Linzer.