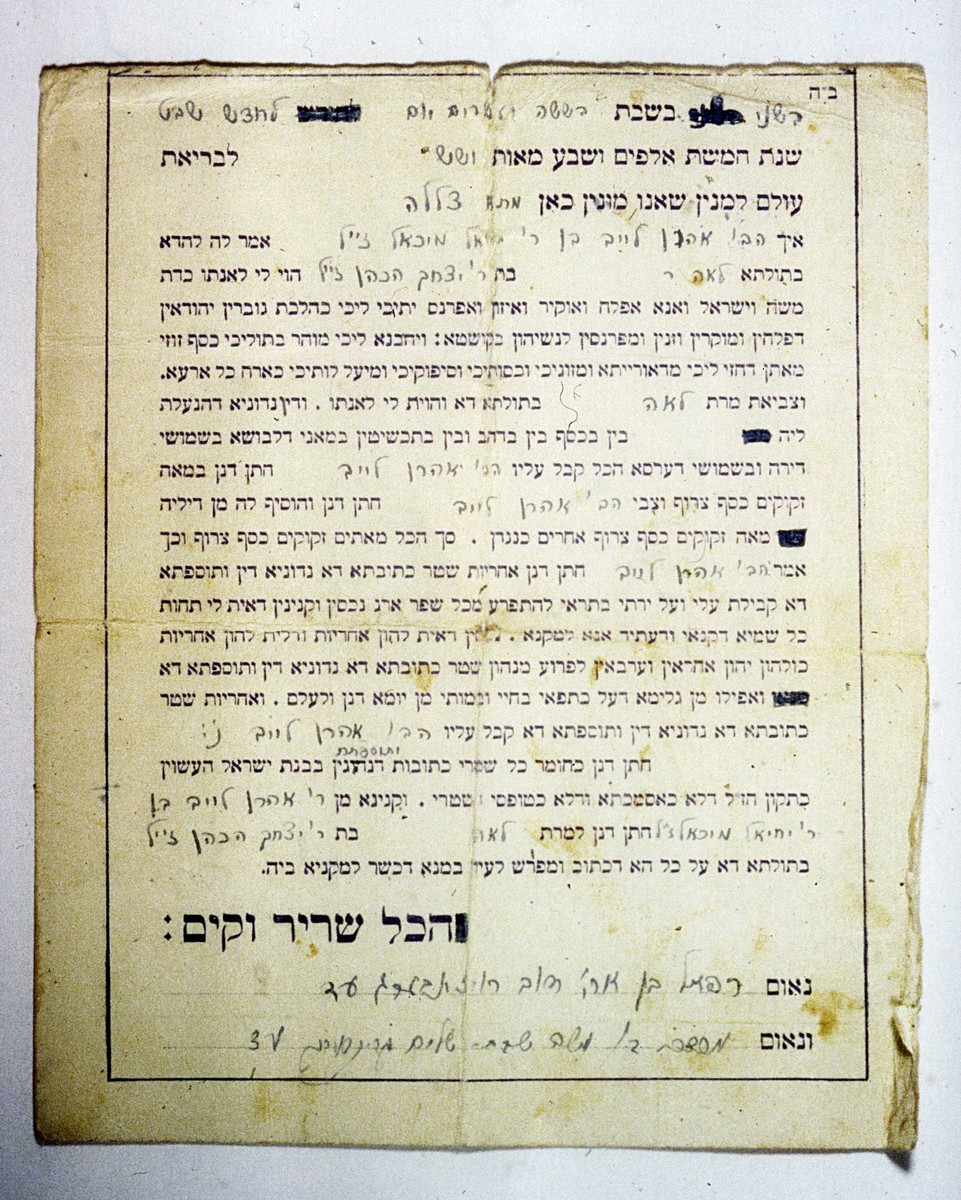 Biography
Lilly Friedman (born Lilly Lax) is the daughter of Itmac and Miriam Lax. She was born January 29, 1924 in Ceradice, Czechosolovakia, where her father was a rabbi and travelling salesman. Lilly had five siblings: Celia (b. 1922, who moved to the U.S. in the 1930s), Feige (b. 1926), Eva (b. 1928), Michael (b. 1929) and Eli (b. 1930). Lilly's father had to raise his six children alone after the premature death of his wife from cancer. In 1941 during the war, Celia sent tickets to her father and brothers to come to the U.S., but they were unable to obtain the necessary visas to get out of Europe. In the spring of 1944 the Lax family was arrested and deported to Auschwitz, where Itmac, Eli and Michael were killed immediately. Lilly, Feige and Eva were selected for forced labor and managed to stay together and support each other in Auschwitz. Subsequently they were transferred to Bergen Belsen. Upon their liberation in Bergen Belsen on April 15, 1945, the three sisters were taken to a hospital in nearby Celle. They remained in Celle while awaiting the opportunity to reunite with Celia in the U.S. In June 1945, while waiting to receive food rations in the nearby Bergen Belsen DP camp, Lilly met Ludwig Friedman, a survivor from Szolos, Czechoslovakia. Ludwig had been arrested by the British for stealing milk, and had been consigned to the Belsen camp kitchen as punishment. Lilly and Ludwig became engaged that fall and were married on January 27, 1946. Ludwig promised Lilly to find fabric for a white gown. He purchased an old parachute from a German soldier in the area, and Lilly hired a seamstress to make a dress in exchange for her cigarette ration. Feige and her cousin Rosie Silverstein were later married in the same gown, as did some 17 to 20 other young brides in the Celle and Belsen DP camps. Lilly and Ludwig immigrated to the United States in 1948.