Portrait of a Jewish mother and child in Paris. 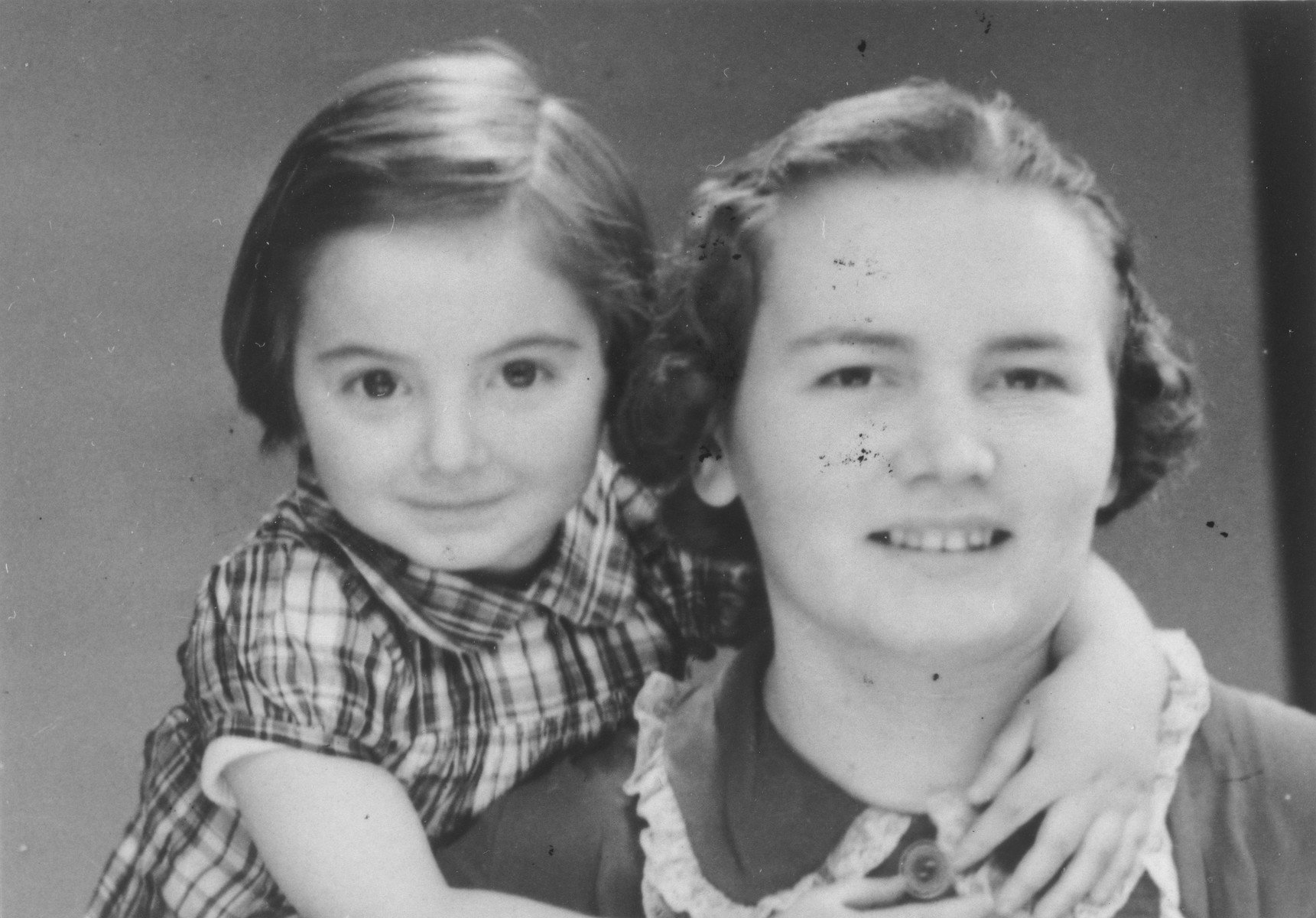 Portrait of a Jewish mother and child in Paris.

Pictured is Catherine Gotteszmann with her arms around her mother Helene.

Biography
Catherine Salomon (born Catherine Gotteszmann) is the only child of Eugene and Helene (Honig) Gotteszmann. Eugene was from Janoshalma, Hungary and Helene, from Oradea Mare, Romania. The two were married in 1936 and moved to Paris, where Catherine was born on August 24, 1937. In 1940, while Eugene was serving as a foreign military volunteer in the French army, he was taken prisoner by the Germans. He spent the remainder of the war as a POW in Germany. Following the French defeat in 1940, Helene and Catherine fled from Paris to the south of France. Subsequently, Catherine was placed in the custody of a French peasant family named Gomez in Puiseaux, near Orleans. The Gomez' also took care of another Jewish child by the name of Jeanette Wolk. Helene, who was living elsewhere under false papers, was occasionally able to take a night train and visit her daughter, who remained with the Gomez' until the end of the war. Soon after the liberation all three Gotteszmanns were reunited, and in 1955 the family immigrated to Venezuela.