Red Cross letter sent by a German Jewish refugee in Amsterdam to her grand nephews in Manchester, England that informs them of their parents' deportation to Theresienstadt and their new mailing address there. 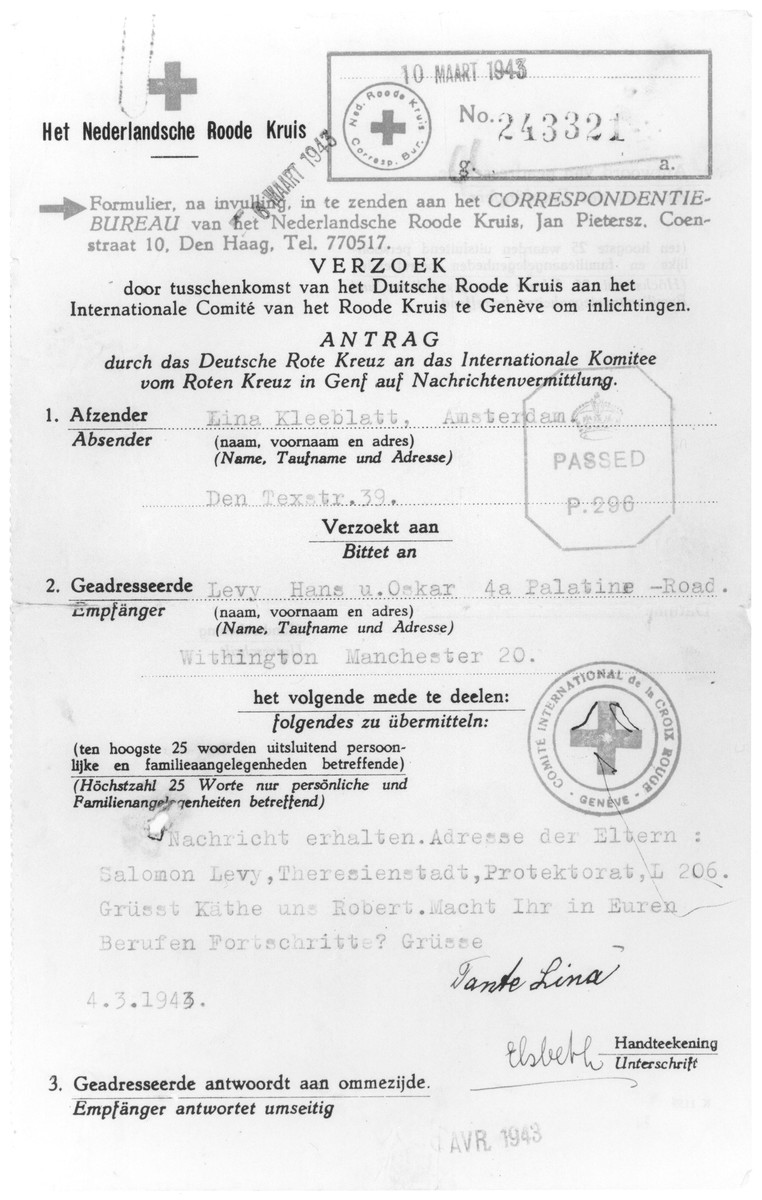 Red Cross letter sent by a German Jewish refugee in Amsterdam to her grand nephews in Manchester, England that informs them of their parents' deportation to Theresienstadt and their new mailing address there.

The letter was written by Lina Kleeblatt to Hans and Oskar Levy in Manchester. The text reads, "Received your message. Your parents' address: Salomon Levy, Theresienstadt Protectorate, L206. Greetings from Kathe and Robert. How are you doing in your endeavors? Regards, Aunt Lina, Elsbeth".

Lina Kleeblatt is the great aunt of Hans and Oskar Levy; Käthe and Robert refer to Käthe (Frank) Weinberg and her son Hans Robert. Lina was arrested in Amsterdam in 1943 and deported to the East; Käthe and Hans Robert were deported from Herzebrock, Germany and perished.