Personalized Jewish New Years card with a photograph of Srulek Rajs inside a Jewish star. 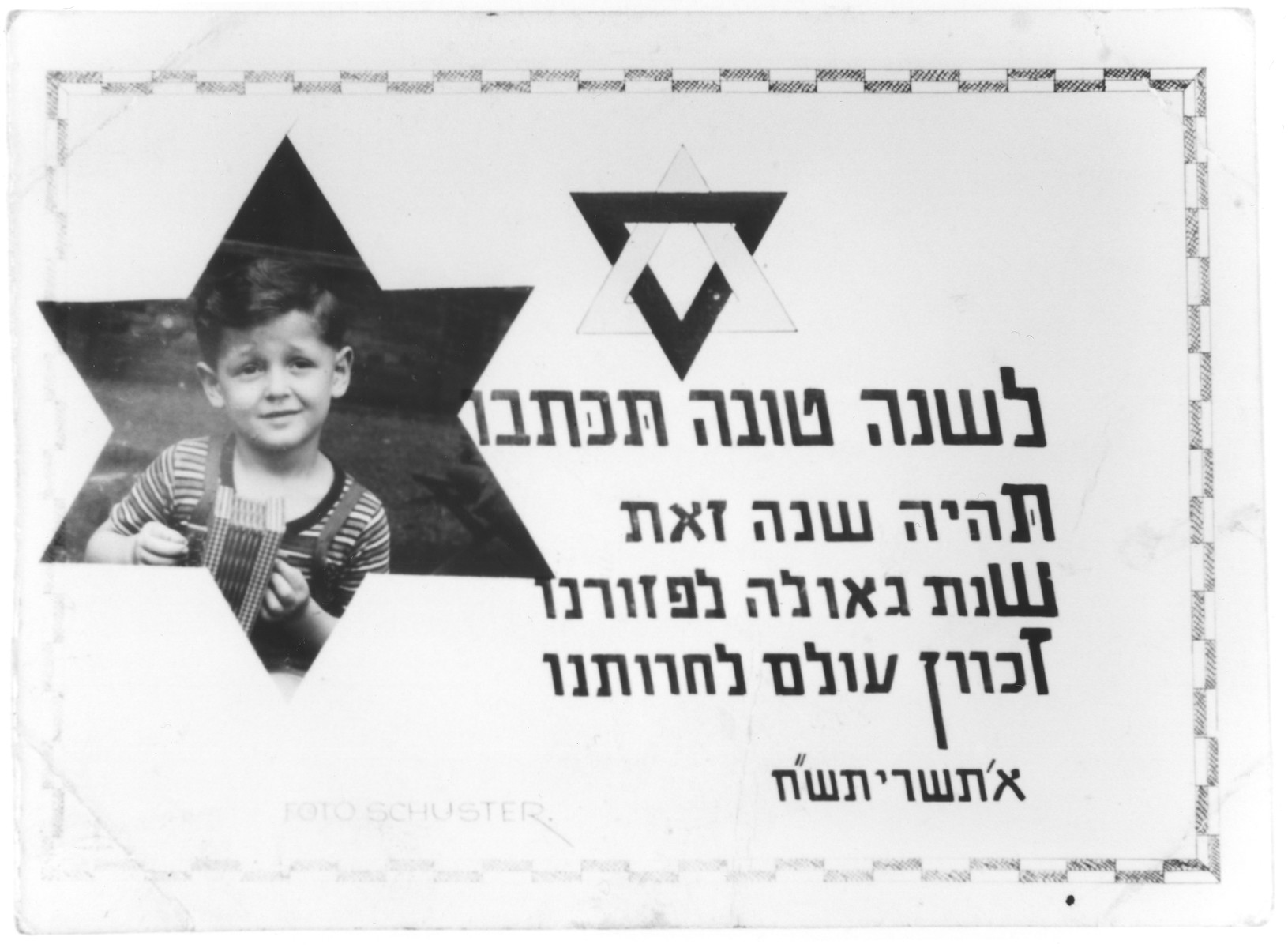 Personalized Jewish New Years card with a photograph of Srulek Rajs inside a Jewish star.

The Hebrew text of the greeting card reads, "May you be written for a good year. May this year be one of redemption from exile for our diaspora and a permanent testament to our freedom."