Two soldiers of the 90th Division, U.S. Third Army, remove a crate containing looted historical engravings that were discovered in the Merkers salt mine. 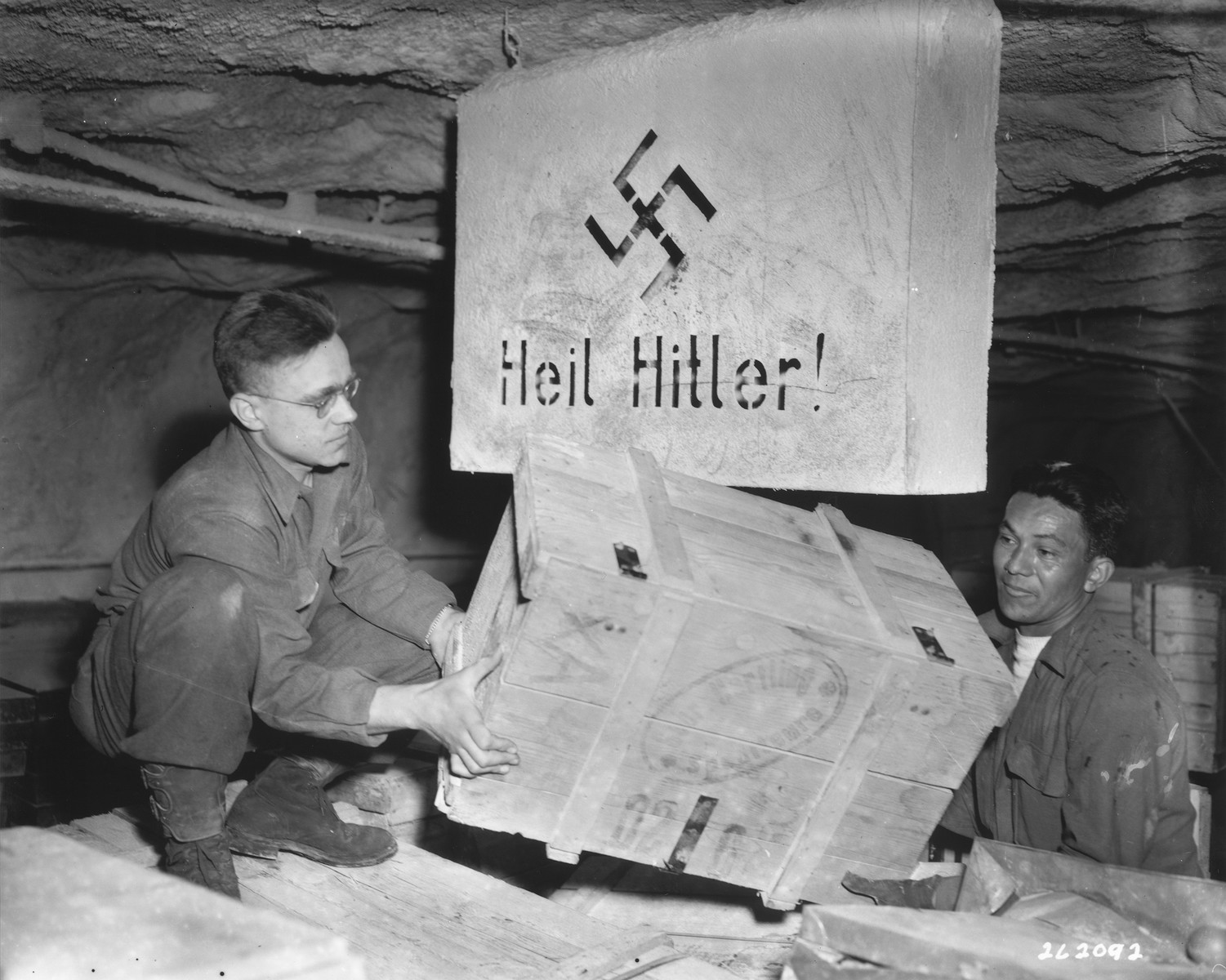 Two soldiers of the 90th Division, U.S. Third Army, remove a crate containing looted historical engravings that were discovered in the Merkers salt mine.

Above them is a slab with the words "Heil Hitler" written on it.