A group of Zionist youth line up in a courtyard with a banner that says Masada. Flora Kagan is the ninth person from the right. 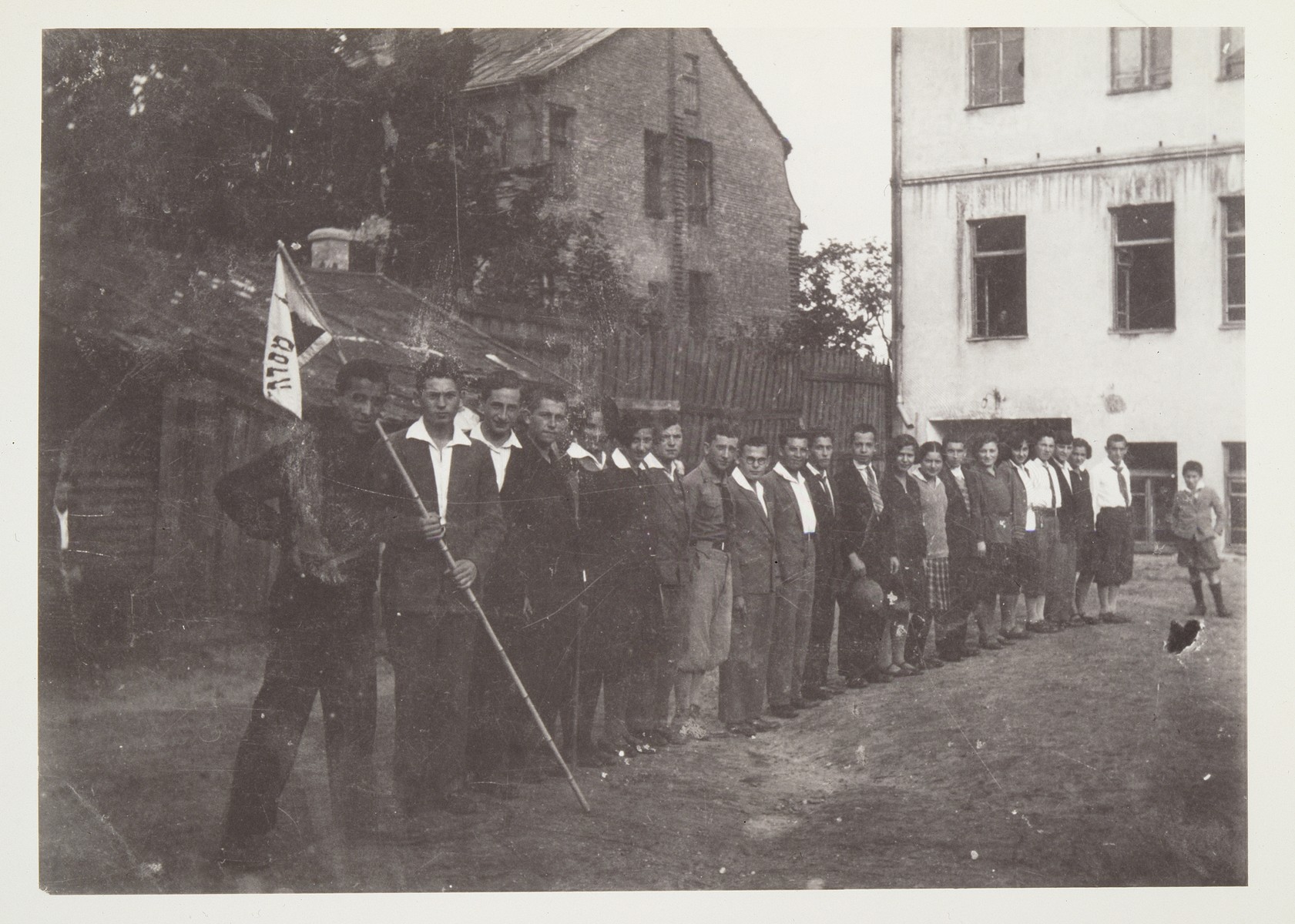 A group of Zionist youth line up in a courtyard with a banner that says Masada. Flora Kagan is the ninth person from the right.

Biography
Feige (Flora) Kagan was born in Mazeikiai, Lithuania December 5, 1914. She considered Letzkava Lithuania her home town, living there until 1934 when she moved to Kovno. She was very active in the Zioinist movement and had planned to immigrate to Israel, however she meet Bernard Stern from Taurage, Lithuania who was a pharmacist and she decided to marry him and stay in Lithuania.

In 1939, a son, Benzion Stern, was born. They were detained in the Kovno Ghetto beginning August , 1941. Feige's young son, Benzion, was murdered during the Children's Action in March, 1944. She was deported to Stutthof on July 1944. Her prisoner number was #44165. Feige was liberated by the Russian Army and returned to Lithuania to look for her family. Her husband, Bernard Stern, was liberated from Dachau in May 1945. They were reunited in Lodz, Poland. A daughter, Marlene Stern, was born on January 27, 1947 in Munich Germany. Bernard was the chief pharmacist in the Landsberg DP camp. The family immigrated to the United States in May 1949.