A German civilian transports the recently exhumed corpses of prisoners to a nearby site where they will be reburied. 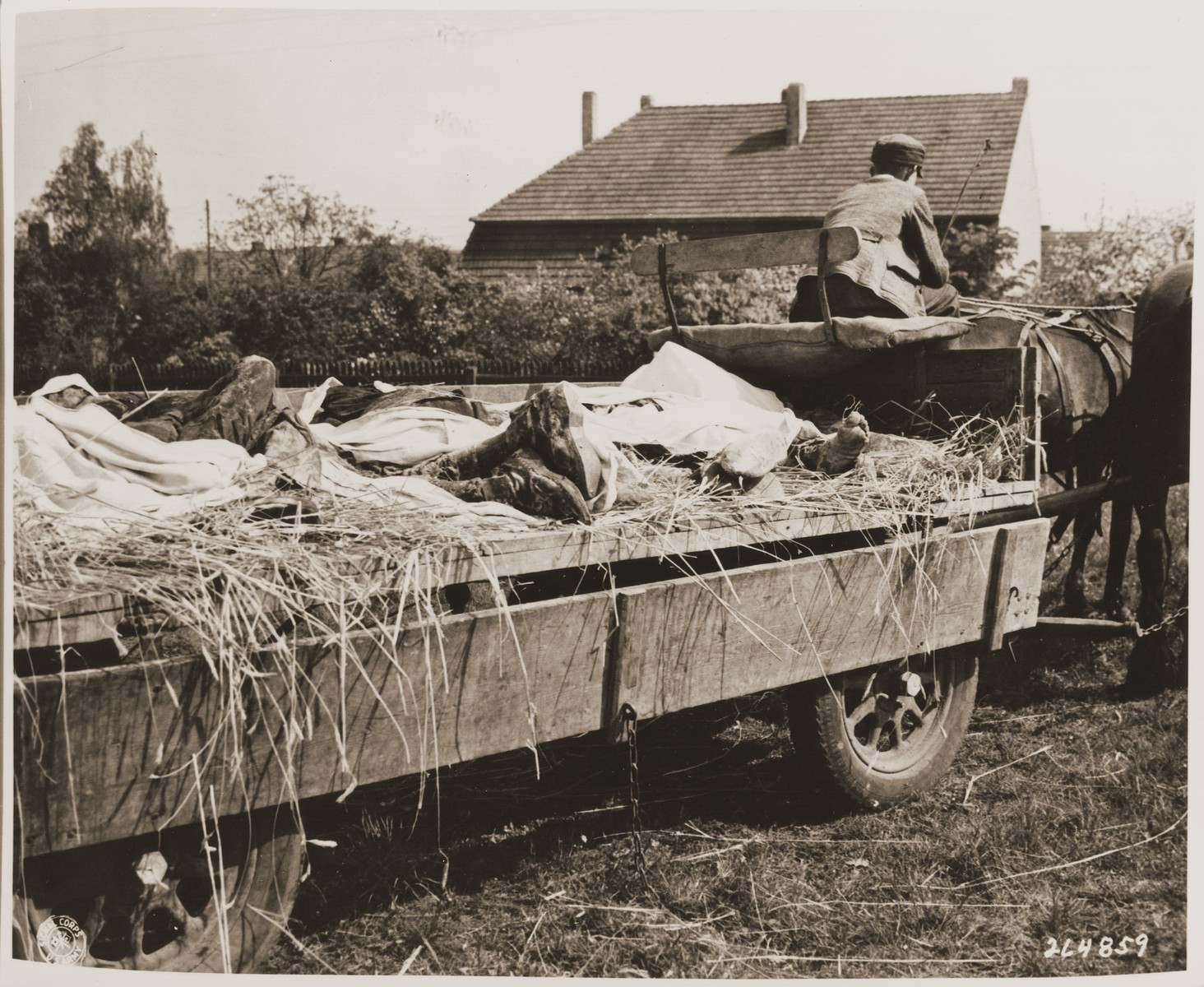 A German civilian transports the recently exhumed corpses of prisoners to a nearby site where they will be reburied.

Event History
During a death march of Polish, Russian, and Jewish prisoners from Mieste to Gardelegen, a number of prisoners escaped into the Zichtauer Forest, where some of them were spotted by local farmers, who immediately alerted the police. After the arrival of German authorities, the prisoners were captured and marched to a site near Estedt. There they had large graves dug and the prisoners were shot on the spot.
https://www.ushmm.org/wlc/en/article.php?ModuleId=10006173.