Norbert Wollheim (center, right) and Rabbi Leo Baeck (left) converse with an official soon after Baeck's arrival in Hamburg at the start of a three week visit to Germany. 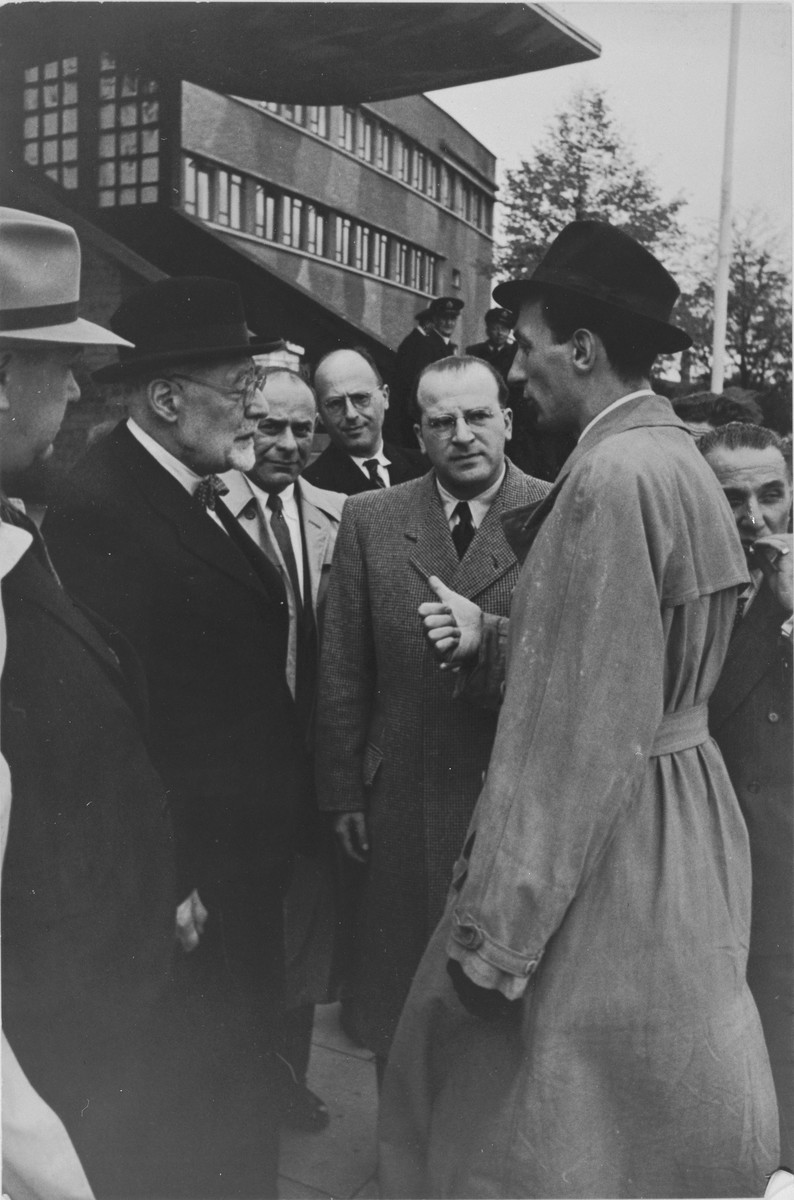 Norbert Wollheim (center, right) and Rabbi Leo Baeck (left) converse with an official soon after Baeck's arrival in Hamburg at the start of a three week visit to Germany.

Baeck was greeted at the airport by Norbert Wollheim, Chairman of the Central Committee of Jews in the British Zone. Baeck's trip included participation in an evangelical congress in Darmstadt on October 12, as well as numerous appearances before local Jewish communities.during his visit to Germany.