Boys in the Mehoncourt children's home meet with one of their counselors. 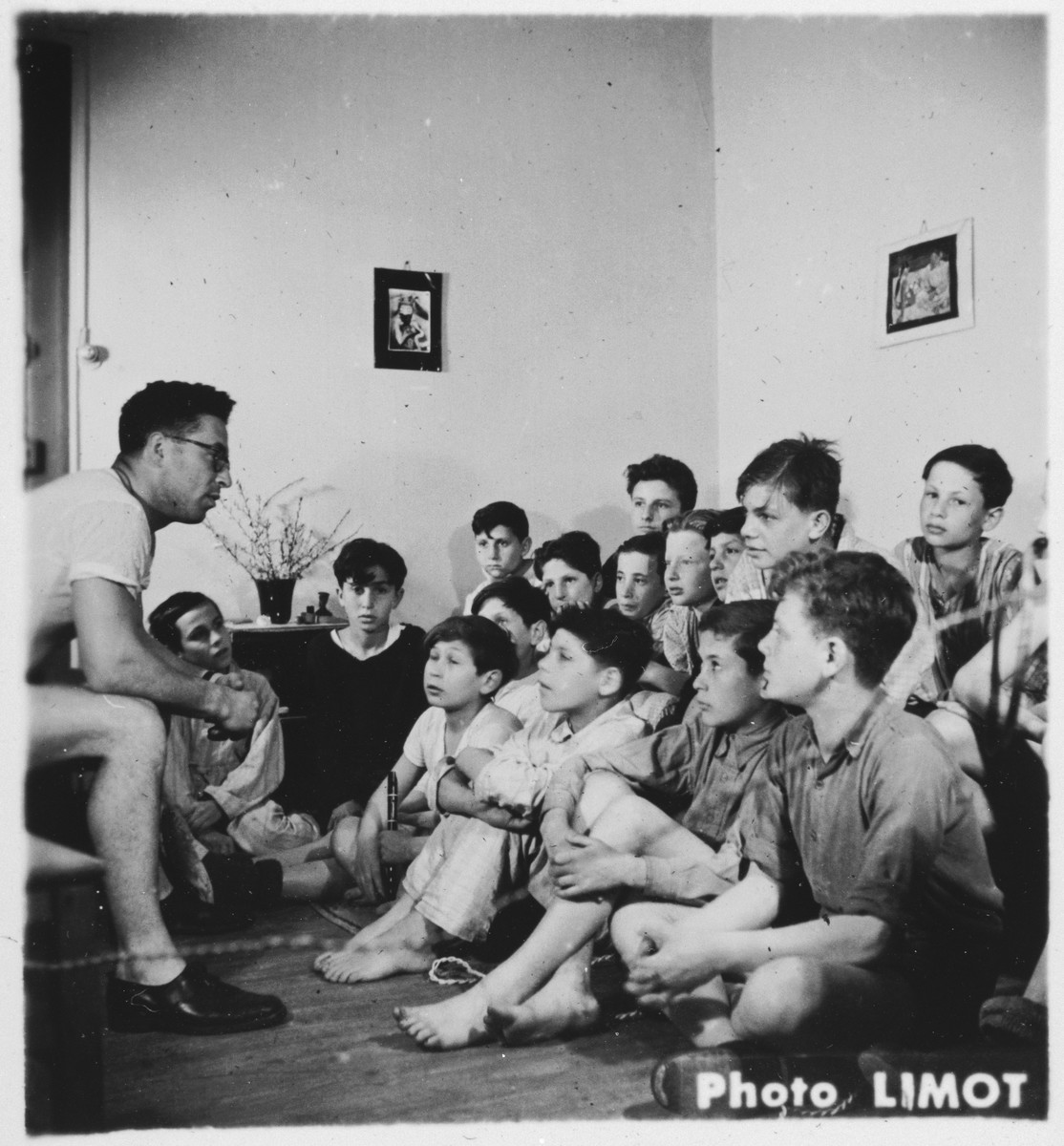 Boys in the Mehoncourt children's home meet with one of their counselors.

Albert Rigman is seated on the far right.