Two Jewish policemen at work in their office at the Bindermichl displaced persons camp. 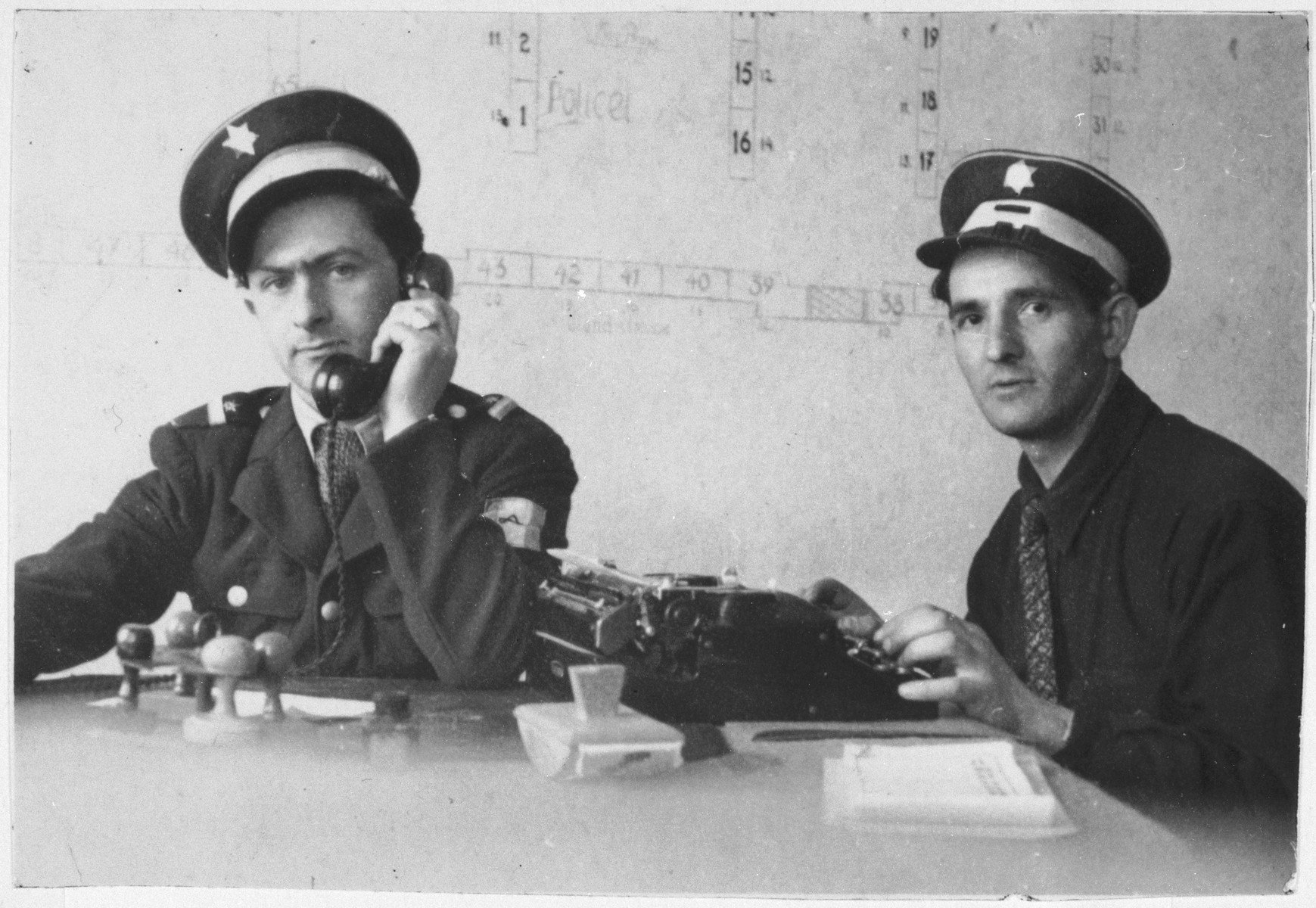 Two Jewish policemen at work in their office at the Bindermichl displaced persons camp.

Pictured on the left is police chief Willie Sterner.