A Jewish teenager rides his bicycle along an unpaved road between the Seklutski Forest and the village of Eisiskes. 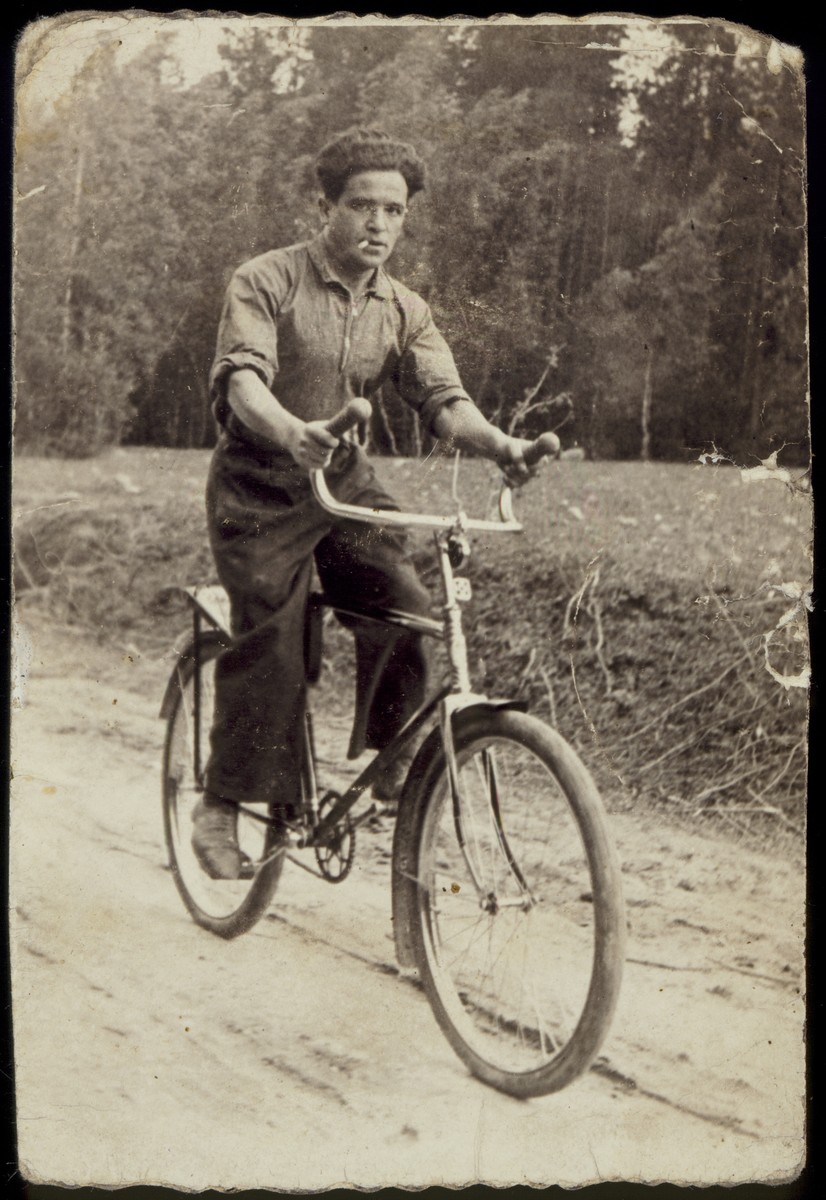 A Jewish teenager rides his bicycle along an unpaved road between the Seklutski Forest and the village of Eisiskes.

Pictured is Pessah Cofnas. He survived the war by fleeing to the Soviet Union.

Copyright: Agency Agreement
Provenance: Cofnas Family
Source Record ID: RN97-13
Published Source
There Once Was a World - Eliach, Yaffa - Little, Brown - p. 305
Restriction
NOT FOR RELEASE without the permission of the The Shtetl Foundation
Record last modified: 2004-05-10 00:00:00
This page: https://collections.ushmm.org/search/catalog/pa1129015