Judge Louis Levinthal, adviser on Jewish affairs to the commander of US forces in Europe, delivers a speech at the Prinzregenten theater in Munich about the partition of Palestine. 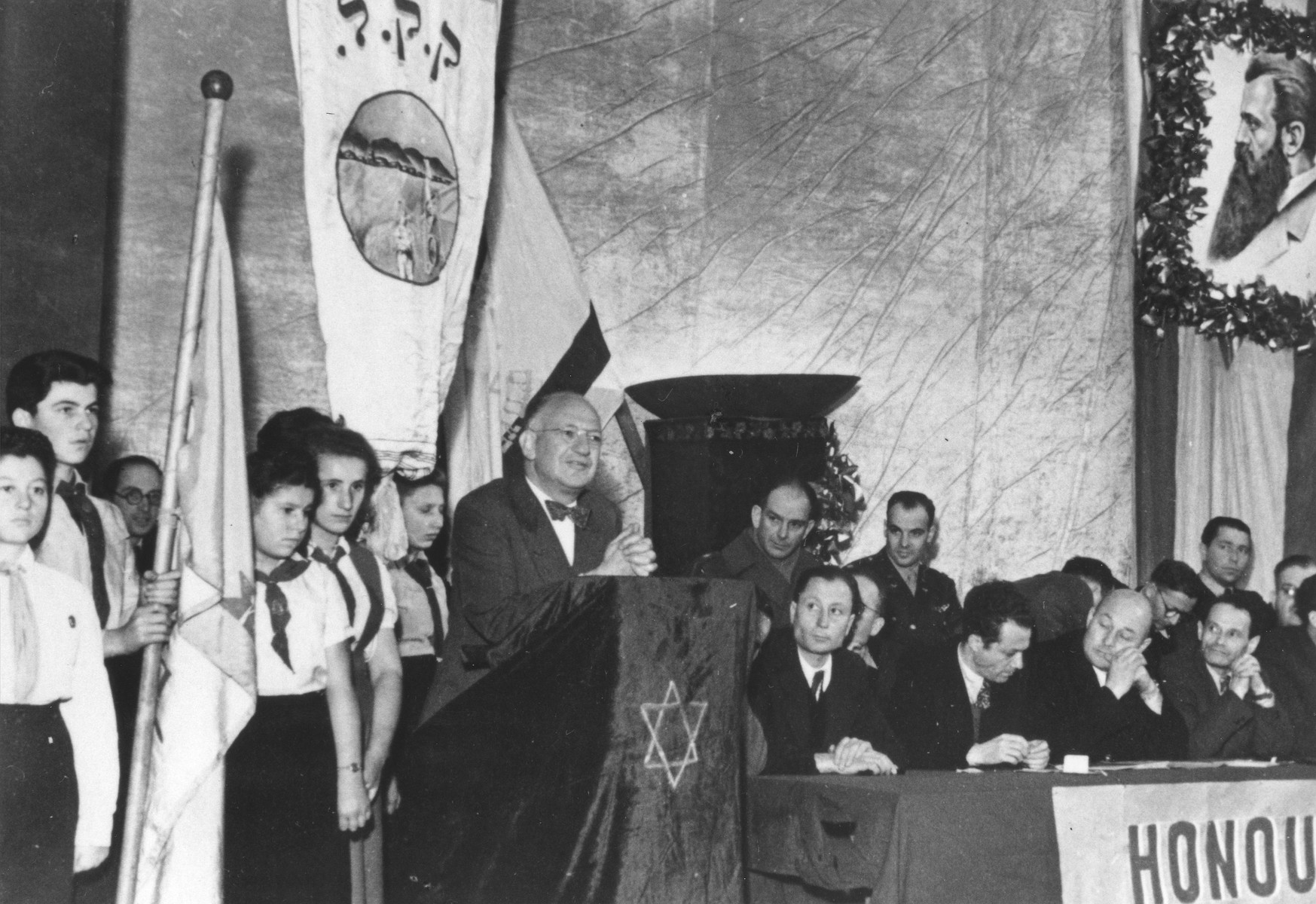 Judge Louis Levinthal, adviser on Jewish affairs to the commander of US forces in Europe, delivers a speech at the Prinzregenten theater in Munich about the partition of Palestine.

The room in decorated with a portrait of Theodore Herzl and a banner of the Jewish National Fund (Keren Kayemet).