Members of the U.S. Holocaust Memorial Council attend the Special Ecumenical Service at the National Cathedral in Washington, D.C. held on April 18, 1993 to commemorate the opening of the Museum. 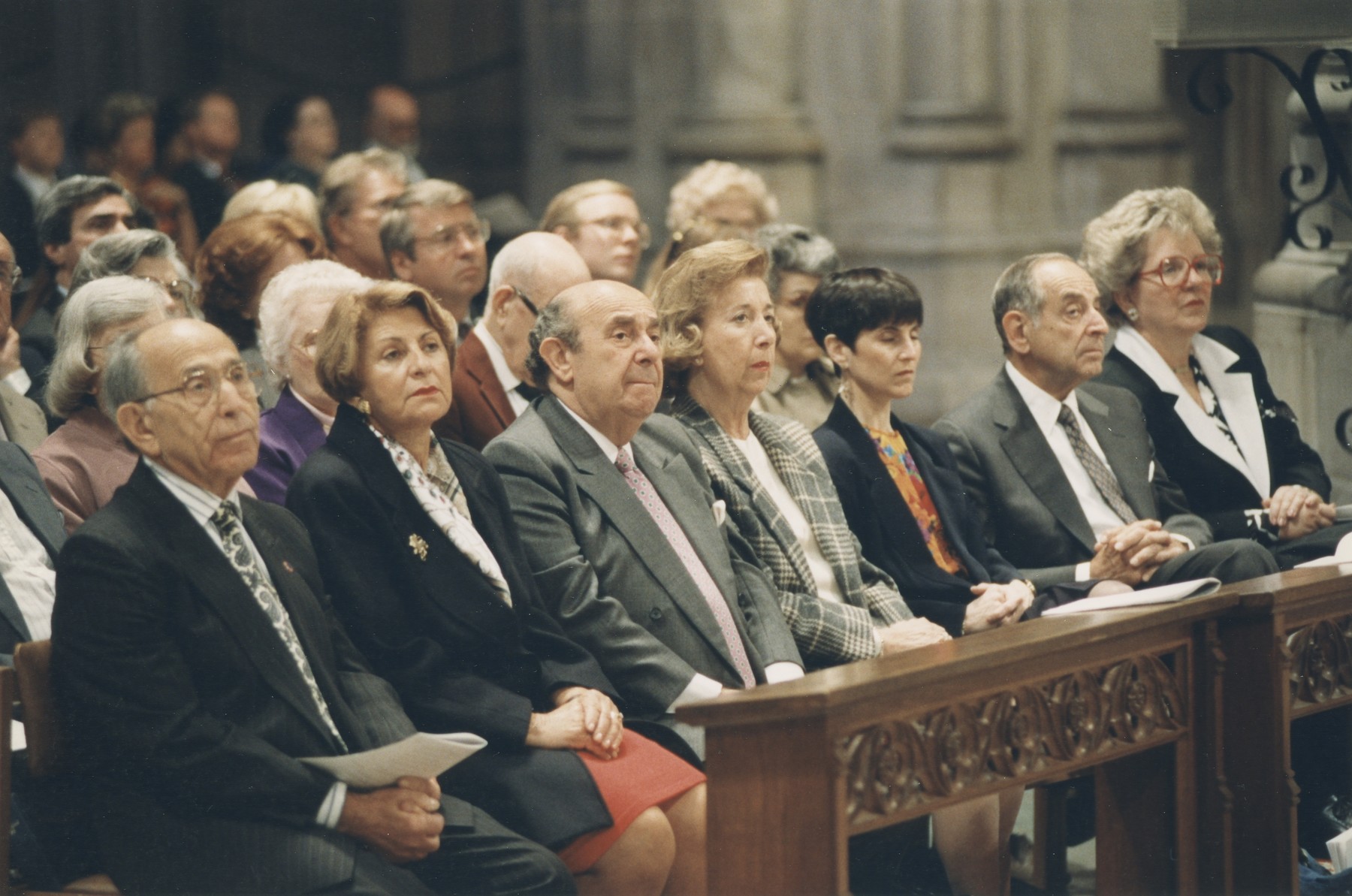 Members of the U.S. Holocaust Memorial Council attend the Special Ecumenical Service at the National Cathedral in Washington, D.C. held on April 18, 1993 to commemorate the opening of the Museum.

Senator John Danforth of Missouri, an Episcopal priest, delivered a sermon against bigotry. Rabbi Michael Berenbaum, Director of the USHMM Research Institute also participated in the interfaith service. Among those pictured in the front row are: Miles and Chris Lerman (first and second on the left), William Lowenberg (third from the left) and Harvey Meyerhoff (second from the right).