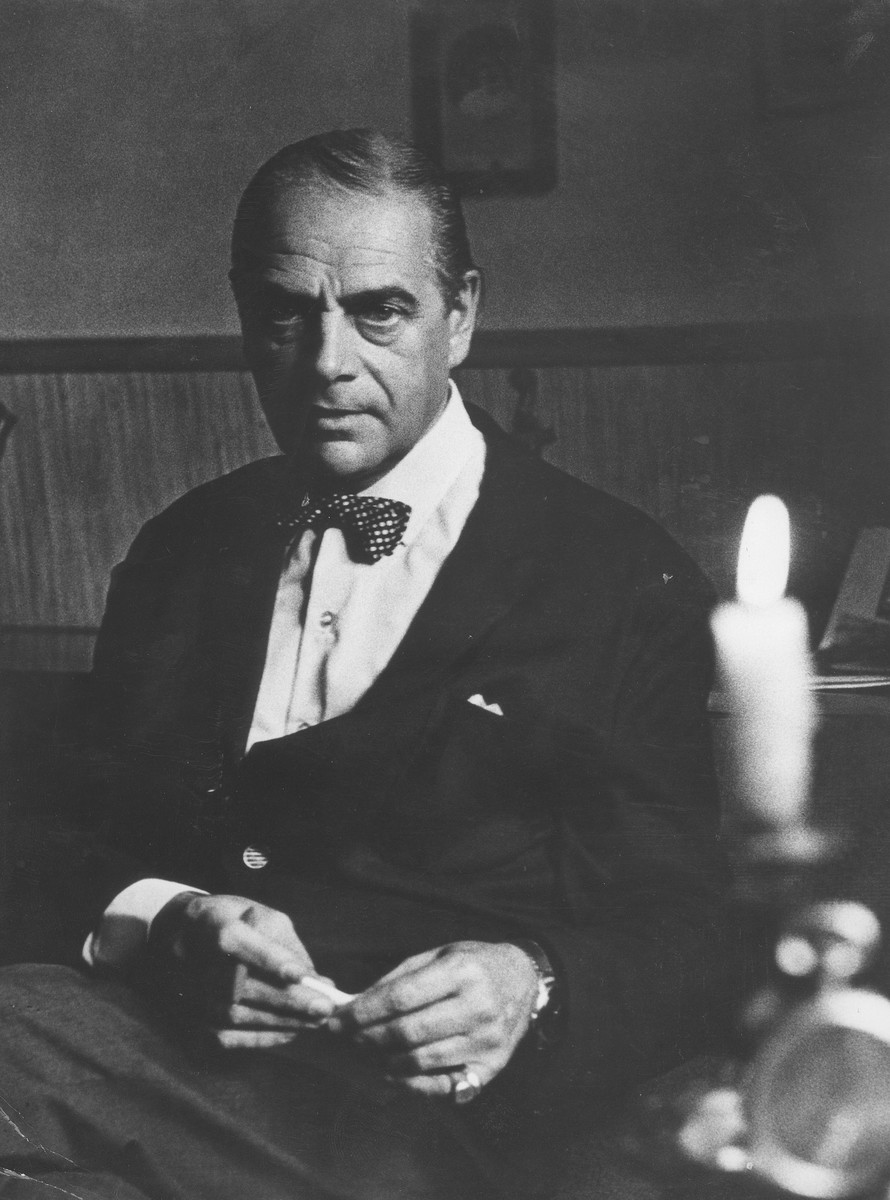 Biography
Tadeusz Pankiewicz, a Polish pharmacist, was the owner of the Pod Orlem [Under the Eagle] pharmacy in the Krakow ghetto. Located on Plac Zgody [Peace Square], this was the only pharmacy located in the ghetto, a fact that initially escaped the attention of the German authorities. When the Germans later tried to remove him from the ghetto by offering him one of the formerly Jewish owned pharmacies in Krakow, he resisted, knowing that his pharmacy would be ruined and that any other he would receive in its stead would be reclaimed by its rightful owners after the war. For two and a half years, from the inception of the ghetto until its final liquidation, Pankiewicz was the only Pole who lived and worked in the ghetto. He lived within the pharmacy which overlooked the main SS assembly area for deportations. The pharmacy, which served as a meeting place for artists, scientists, poets and scholars in the ghetto, soon became involved in various activities that assisted Jews in their attempt to evade deportation. The pharmacy distributed hair dye to make the elderly look younger and Luminal to tranquilize babies when they were being hidden or smuggled out of the ghetto. During the deportation actions that began in 1942, the pharmacy doled out bandages and medications to those wounded during the round-ups. Pankiewicz and his assistants also served as liaisons between Jews living in the ghetto and those on the outside. They were instrumental in relaying messages and smuggling supplies. The pharmacy, due to its location, was often the last stop for those being deported, and many Jews deposited their valuables there in the hopes that they might come back for them later. In the aftermath of individual deportation actions the pharmacy served as an information center, where news of who was taken and who remained was collected and passed on. In the final days of the ghetto Pankiewicz devised special hiding places within the pharmacy for the storage of Torah scrolls, which were retrieved after the war. Pankiewicz survived the war and was honored by Yad Vashem as one of the Righteous Among the Nations.