Group portrait of school girls on a winter outing. 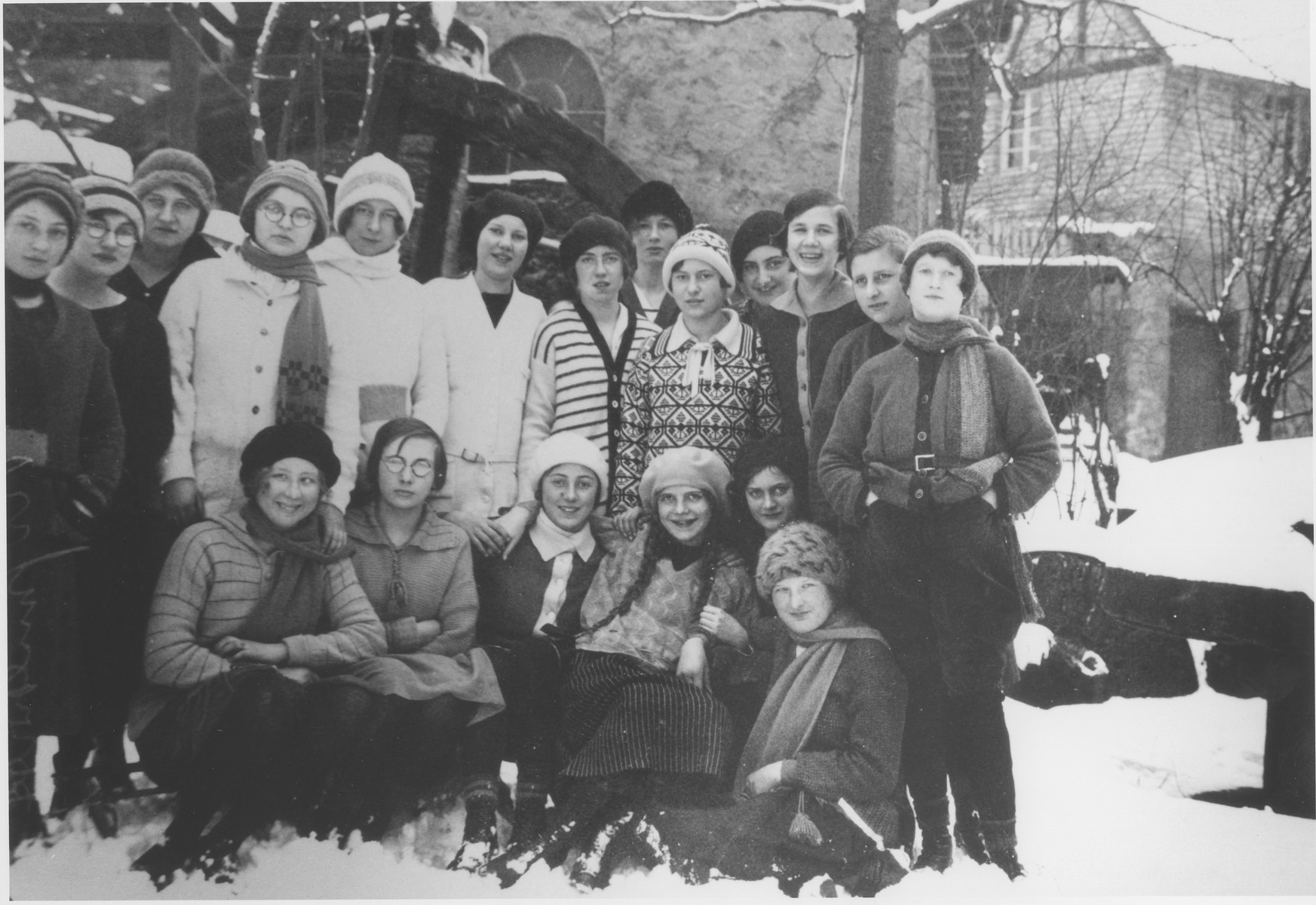 Group portrait of school girls on a winter outing.

Among those pictured is Hede Rueb (standing fourth from the right, behind two girls).

Biography
Emil Rueb was the son of David and Berta Rueb. He was born August 23, 1906 in Guntersblum, Germany, where his father worked as a real estate agent, owned vineyards and sold agricultural products. Emil had a younger sister, Hedwig (Hede, b. 1915). Soon after the Nazi seizure of power, the family business was ruined by the anti-Jewish boycott. Emil then decided to study photography in order to obtain a marketable skill. During this period he became romantically involved with Elisabeth Bickel, a German Lutheran who was working as a baby nurse in the home of a doctor in Guntersblum. Following the passage of the Nuremberg Laws in 1935, they were forced to maintain their romance in secret. After Elisabeth's father received an anonymous letter threatening to send Elisabeth to a concentration camp if she continued her relationship with the Jew, she decided to leave the country as soon as possible. She moved to England in June 1937. A year later, in September 1938, Emil, too, was able to leave Germany, after a cousin in New York provided an affidavit for his immigration. He settled in New Hampshire after finding a job in a photography store. Emil tried in vain to secure a visa for Elisabeth to join him in the US. After the outbreak of the war, Elisabeth was declared an enemy alien and interned on the Isle of Man. She was ultimately released and in the spring of 1946, was finally able to immigrate to the US. She and Emil married in March 1946, and their daughter (the donor Dena Rueb Romero) was born in 1948. Emil's parents and sister did not survive the war. On Kristallnacht his parent's home was so badly vandalized that they had to move in with Hede and her husband in Frankfurt. All four were deported from Frankfurt to Minsk on November 11, 1941, where they perished.