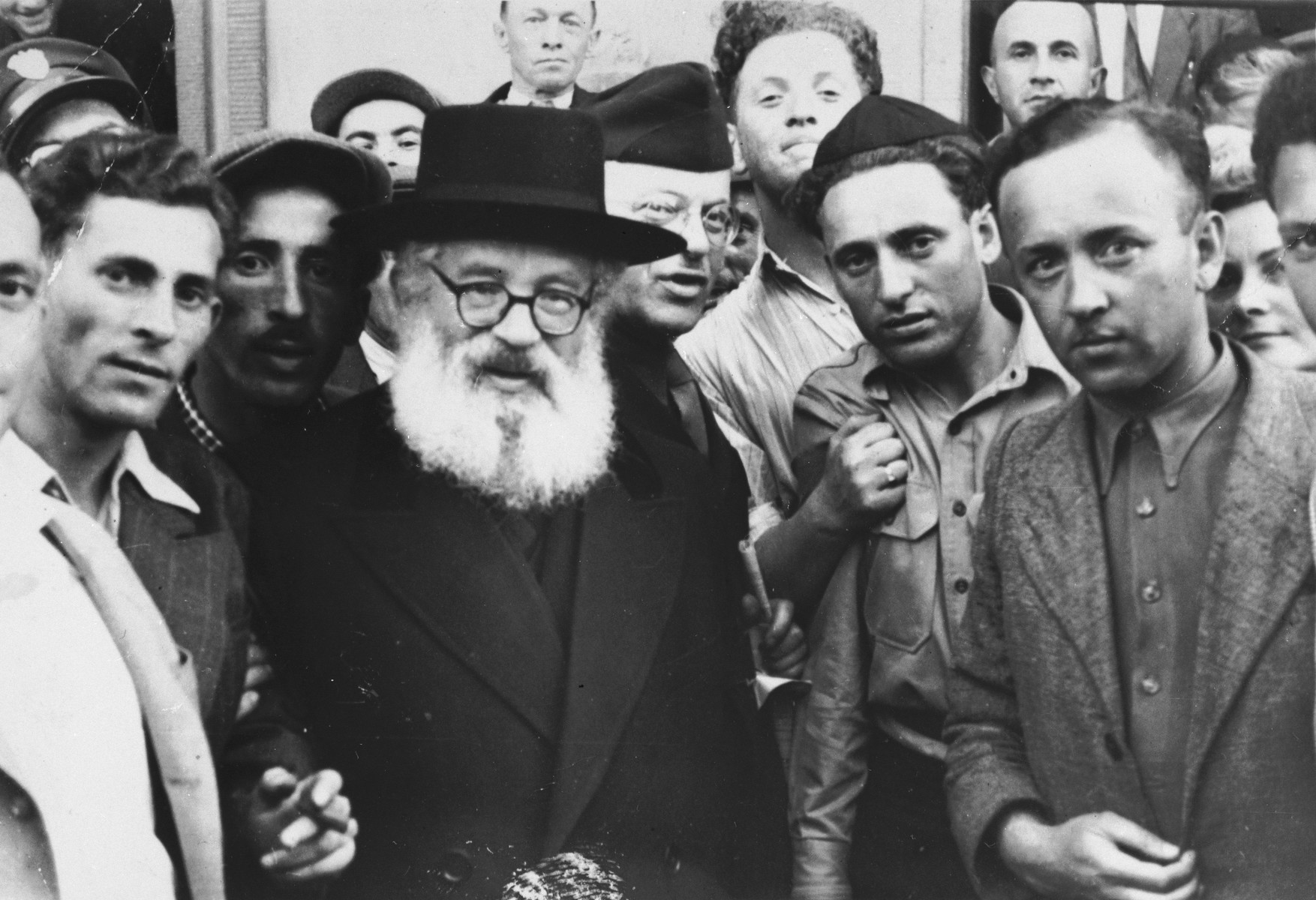 Izak Lachter is pictured wearing a skull cap next to Rabbi Herzog. In the foreground at the right is Dr. Shmarholtz.