A group of young Jewish DPs pose on a street in the Lampertheim displaced persons camp. 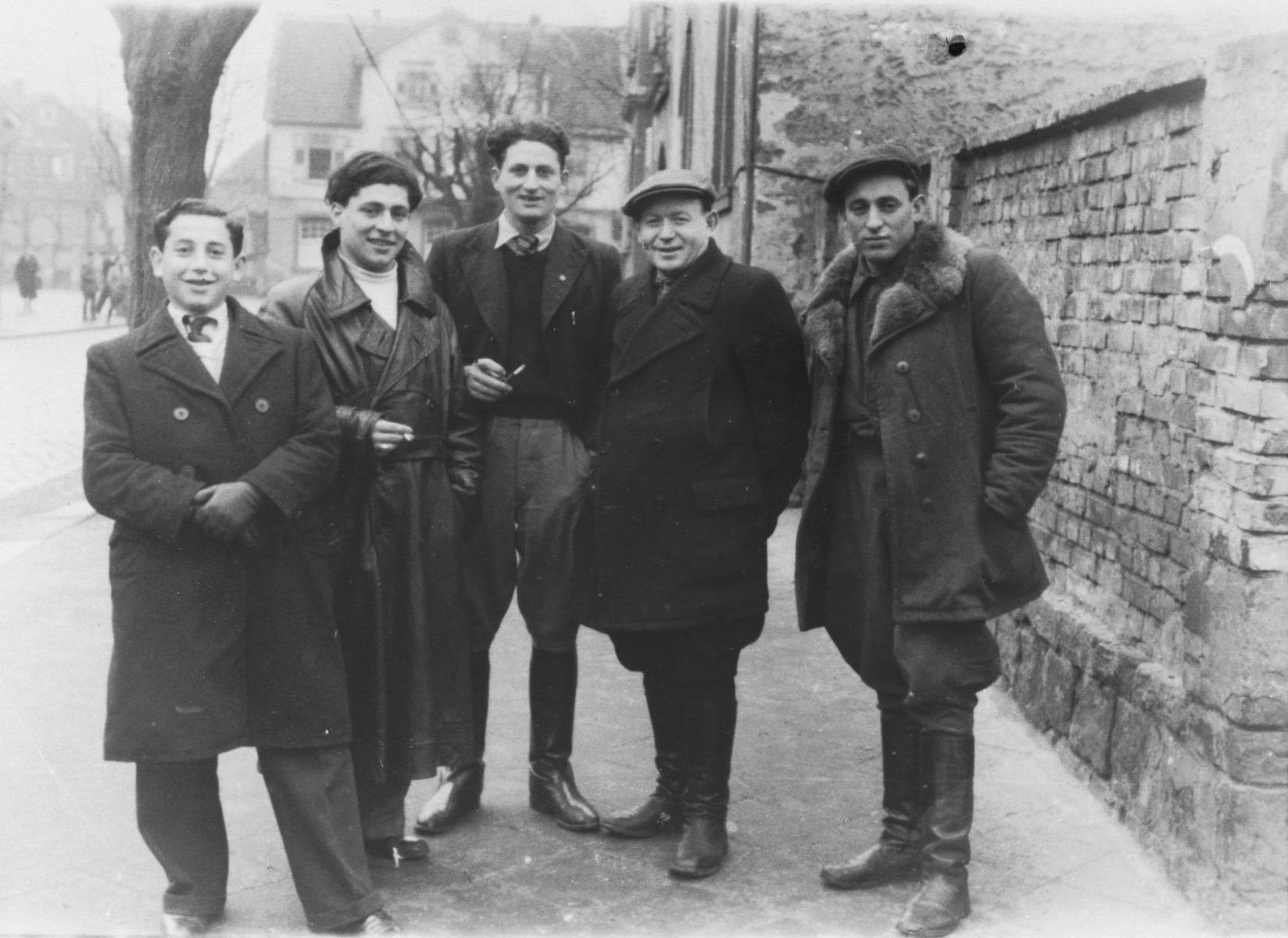 A group of young Jewish DPs pose on a street in the Lampertheim displaced persons camp.

Among those pictured is Izak Lachter (far right).