Back of a postcard sent by Iwan Cohen to his family in Enschede after his arrival in the Mauthausen concentration camp. 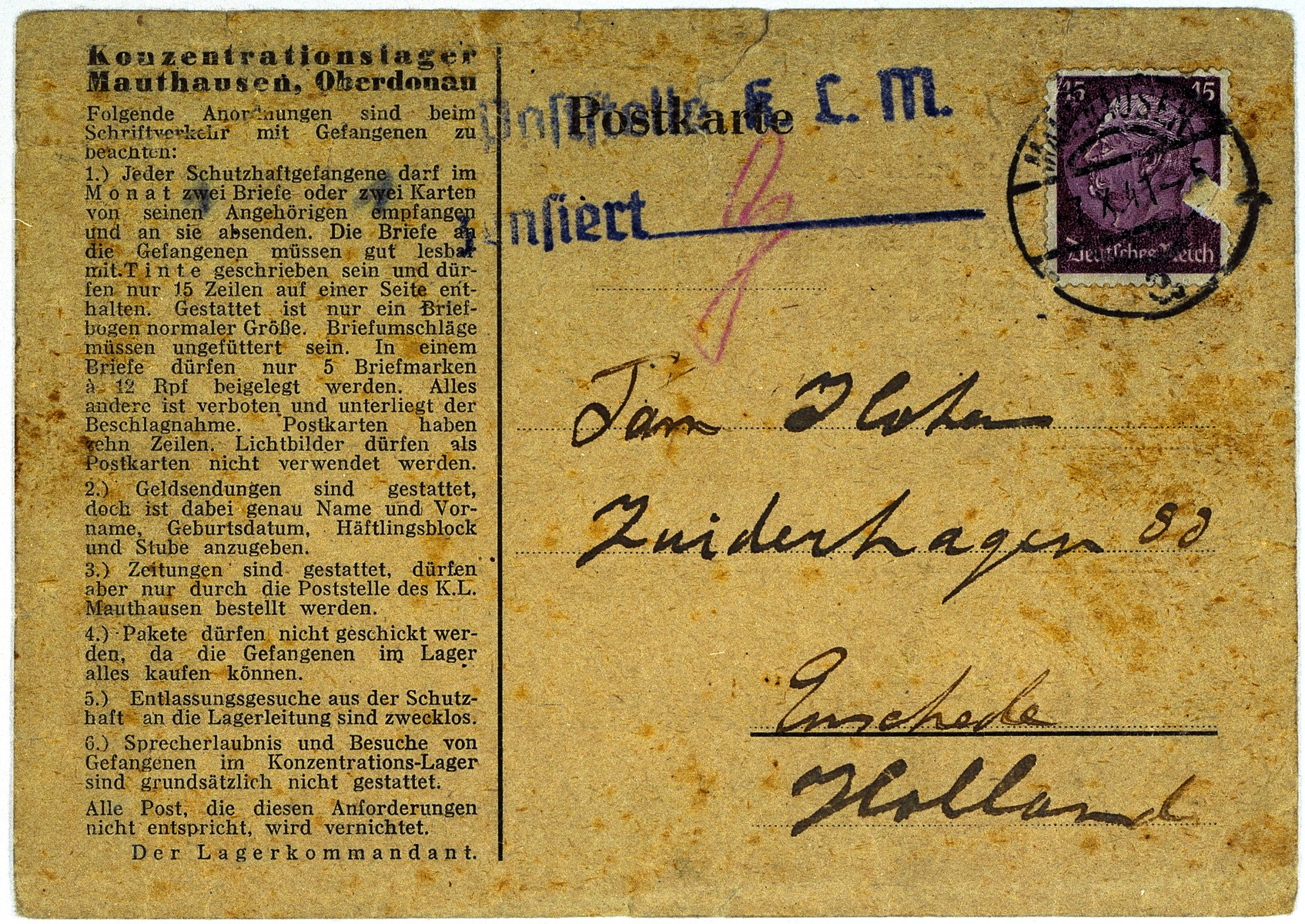 Back of a postcard sent by Iwan Cohen to his family in Enschede after his arrival in the Mauthausen concentration camp.

Biography
Riwka Cohen is the daughter Iwan (Isaac) Cohen and Helene Roth Cohen. She was born on April 28 1936, in Enschede, The Netherlands where her father manufactured burlap bags and her mother sewed corsets. Her sister Rosalee was born on May 25, 1939. On September 14, 1941, Iwan left to look for a hiding place. His wife, learning that Germans were nearby, tried to warn him, but she missed him by one street. Iwan was arrested and held with 111 other Jewish men. He then was transported to Westerbork where he remained for a week before being shipped to the Mauthausen concentration camp. Iwan Cohen perished one month later, on October 13, 1941. The family was told that he died of pneumonia. In the meantime the donor's mother, Helene Cohen, looked for hiding places for her children, assisted by the minister, Mr. Overduin. Riwka was given the false name of Marietje Van De Velde, and starting in the autumn of 1942 was placed with three different families. She also was hidden in a children's home for unwed mothers for a period of time. The same minister and his sister also helped hide Rosalee under the name, Toosje Kolkenaar. For three years, Riwka's mother, Helene, hid in an attic in Hoogeveen with one other woman right near an SS headquarters. On one occasion a policeman came to search the attic. He looked Helene straight in the eyes and then announced that no one was there. The women, shocked at what had occurred, survived the war, and Riwka and Rosalee reunited with their mother.