A group of Dutch resistance members and hidden Jews are crowded into a room [possibly to listen to a clandestine radio]. 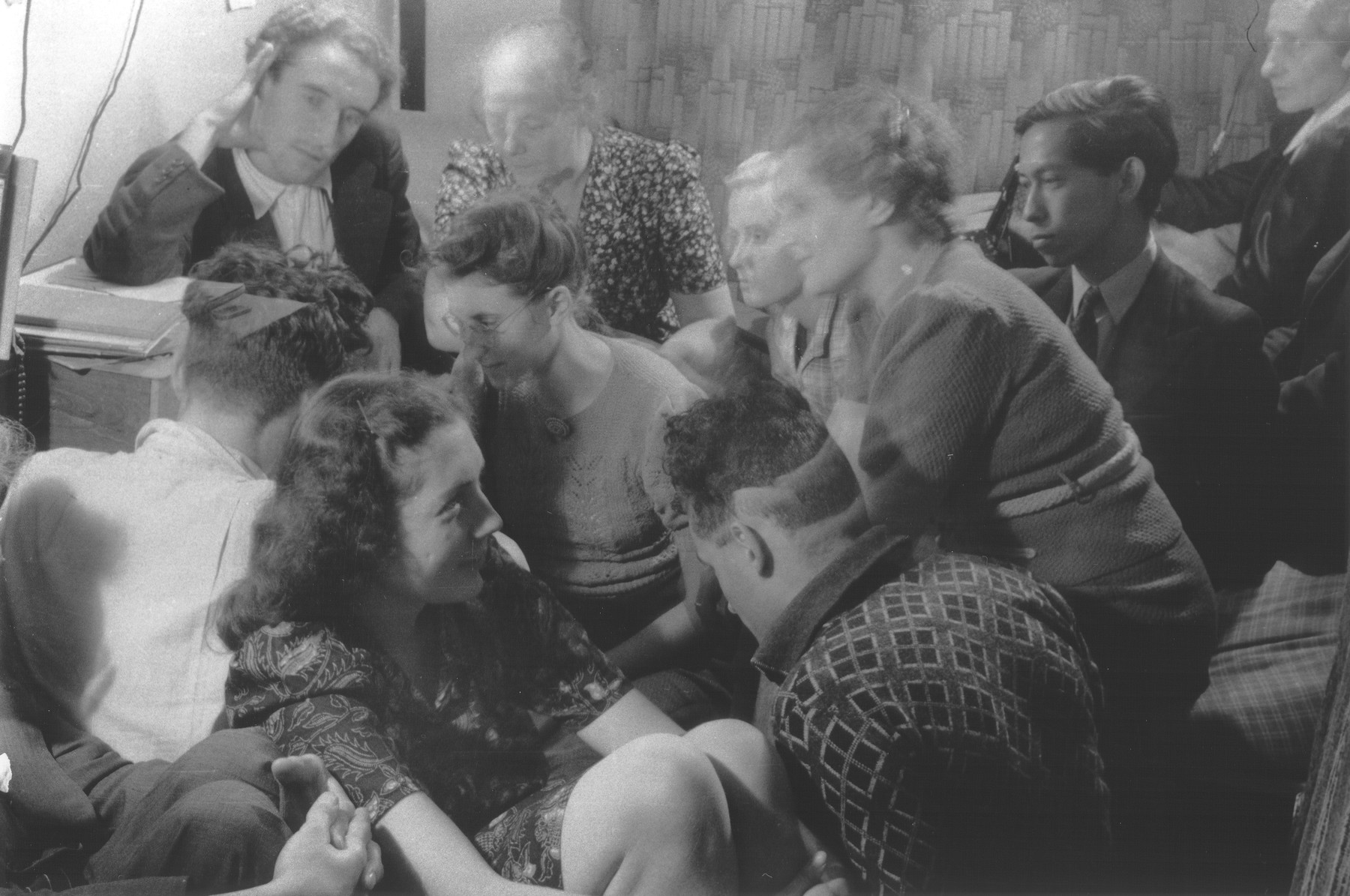 A group of Dutch resistance members and hidden Jews are crowded into a room [possibly to listen to a clandestine radio].

Biography
Hans Aussen is the son of Asser Maurits Aussen and Rosette Aussen-Moscoviter. He was born April 9, 1926, in Amsterdam, where his father worked as the representative of several bicycle parts manufacturers. Hans had one older brother, Benjamin Salomon (Benno, b. 1922). The family was not particularly observant, but both boys had Bar Mitzvahs, and the family attended the Jacob Obrecht synagogue in Amsterdam. Before the German occupation of Holland, Benno and Hans had attended Dutch schools, but in 1941 Hans was transferred to a Jewish school. In the summer of 1942 Hans acquired false identification papers under the name of Johan Smit. That July, the family received an order to report to an assembly center for labor service. Fearing that complying with the order might lead to their deportation to the East, the family decided to go into hiding. Within two hours they packed their belongings and presented themselves at the home of Mrs. Mulder, a Dutch schoolteacher, who hid them in her attic. When Mrs Mulder took sick and died in November 1943, the Aussens were taken in by Dirk Pos and Marie Scheres and their two children, Hans and Lizzy, who were active in the Dutch resistance movement. The Aussen family stayed with them, on and off, until their liberation on May 5, 1945.