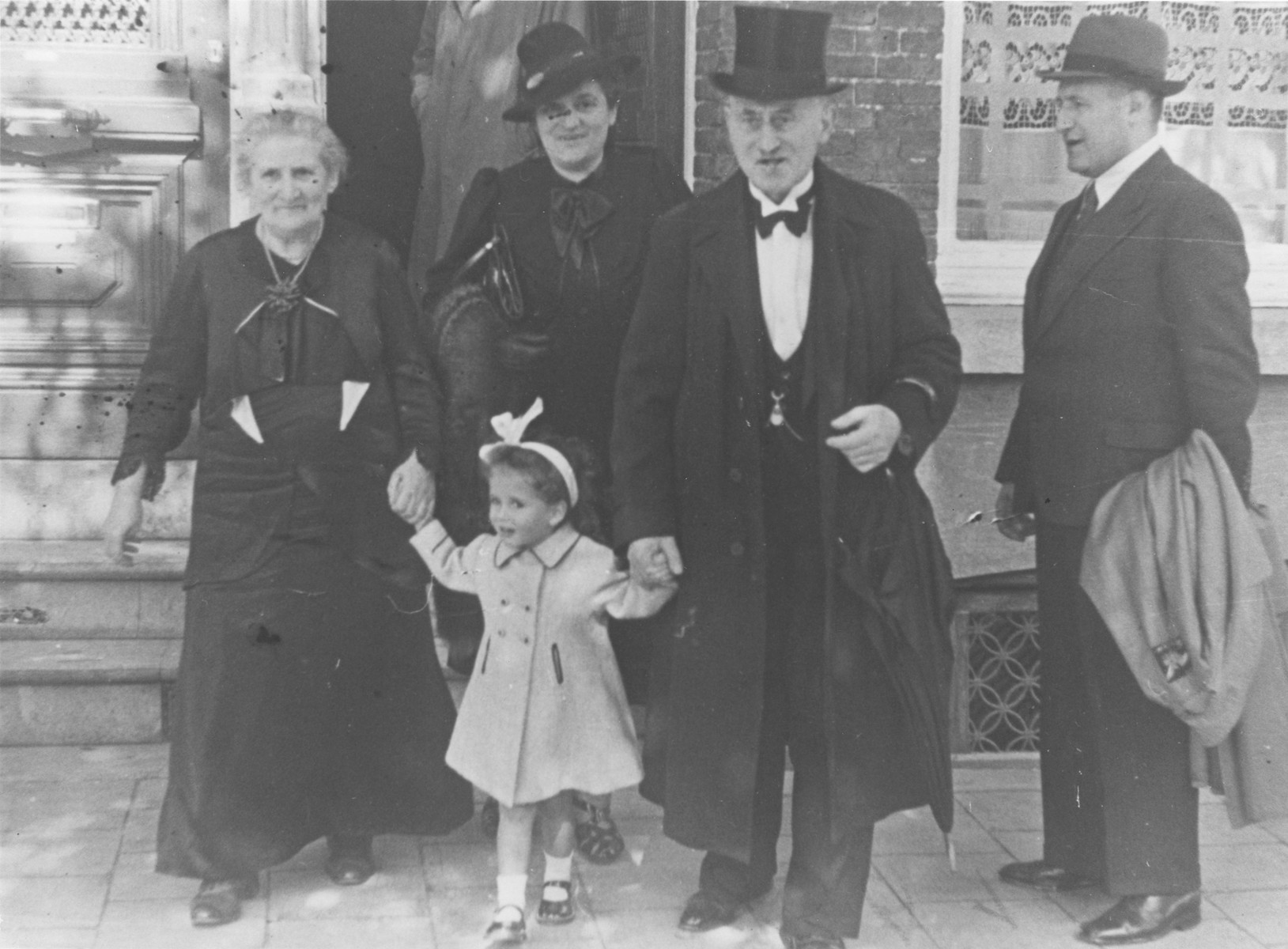 Biography
Elizabeth Mosler-Reiss (born Elizabeth Reiss) is the daughter of Henry Reiss and Aleida Reiss-Rubens. She was born December 24, 1937 in Bussum, Holland, where her family owned a wholesale business. In 1940, after the family was forced to leave their home town, they moved to Amsterdam. Upon the friendly advice of one of the Germans who took over the family's business, the Reiss' chose not to leave Elizabeth with one of their non-Jewish neighbors. The German later saved them from deportation to Bergen-Belsen and arranged for Henry and Aleida to go to Freisland. Meanwhile, Elizabeth's uncle found her a hiding place with Antonius Johannes Salters and his wife Wilhelmina in Laren. The Salters had eight children of their own and registered Elizabeth as their ninth child, Elizabeth Maria Renee. They cut Elizabeth's hair very short and dyed it blond to avoid her detection by Dutch collaborators. The Salters brought her to church regularly and enrolled her in a Catholic school. Elizabeth's parents both survived, and soon after reuniting with their daughter, converted to Catholicism out of gratitude to the Salters family. After returning to her parents, Elizabeth continued to visit the Salters family every weekend. She also continued to attend Catholic schools and church. Eventually, however, Elizabeth decided to return to Judaism and married a German Jewish refugee, Gert Mosler, whose family had fled first to Holland and then to Switzerland.