Portrait of Ester Kolonomos, wife of Viktor Kolonomos. She lived at Sremska 15 in Bitola. 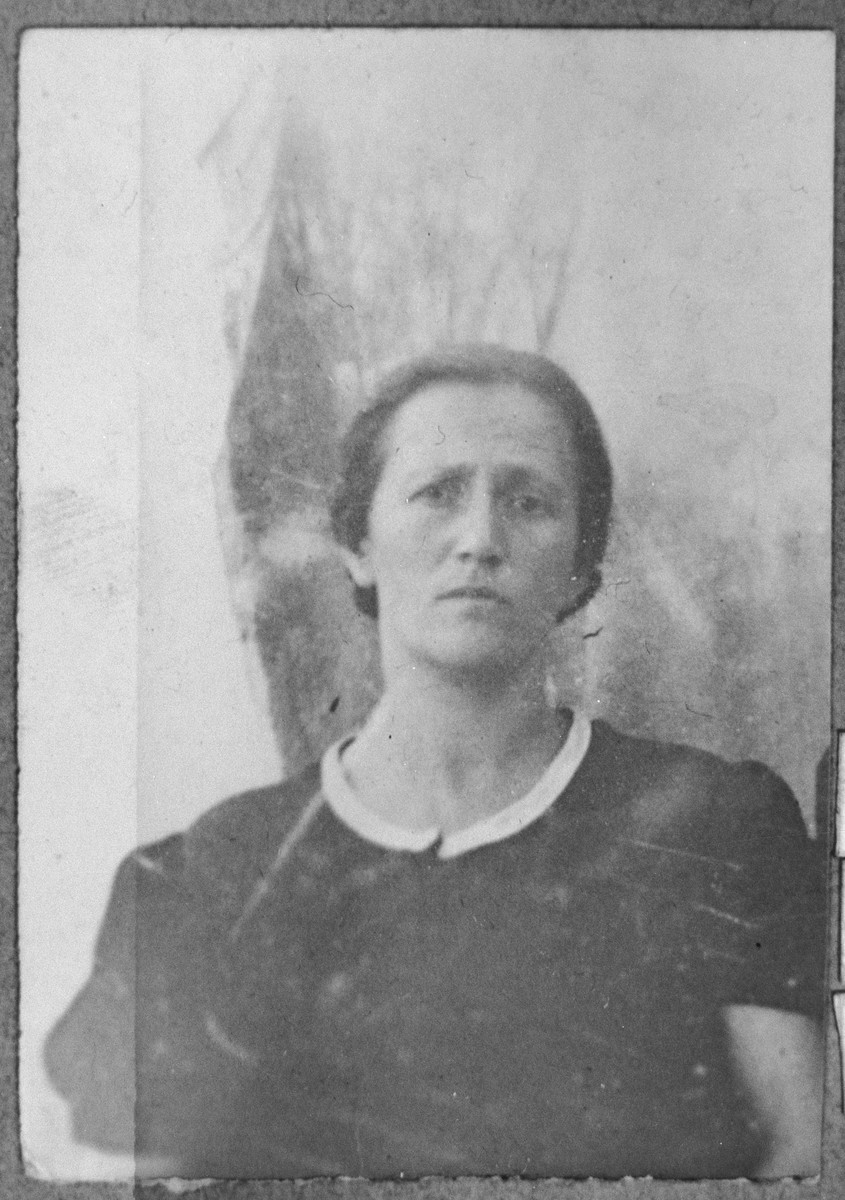 Portrait of Ester Kolonomos, wife of Viktor Kolonomos. She lived at Sremska 15 in Bitola.

https://encyclopedia.ushmm.org/content/en/article/jewish-community-of-monastir-a-community-in-flux. https://encyclopedia.ushmm.org/content/en/article/the-holocaust-in-macedonia-deportation-of-monastir-jewry.
Biography
Ester Kolonomos (1908-1943) was the daughter of Yakov and Sarah Kolonomos. She was born in Bitola. Ester married Viktor Isaac Kolonomos and had four children: Sarah (b. 1929), Isaac (b. 1931), Mari (b. 1934) and Zak (b. 1941). She was a housewife. Ester was deported on March 11, 1943 together with her mother, husband and children. All perished in Treblinka.