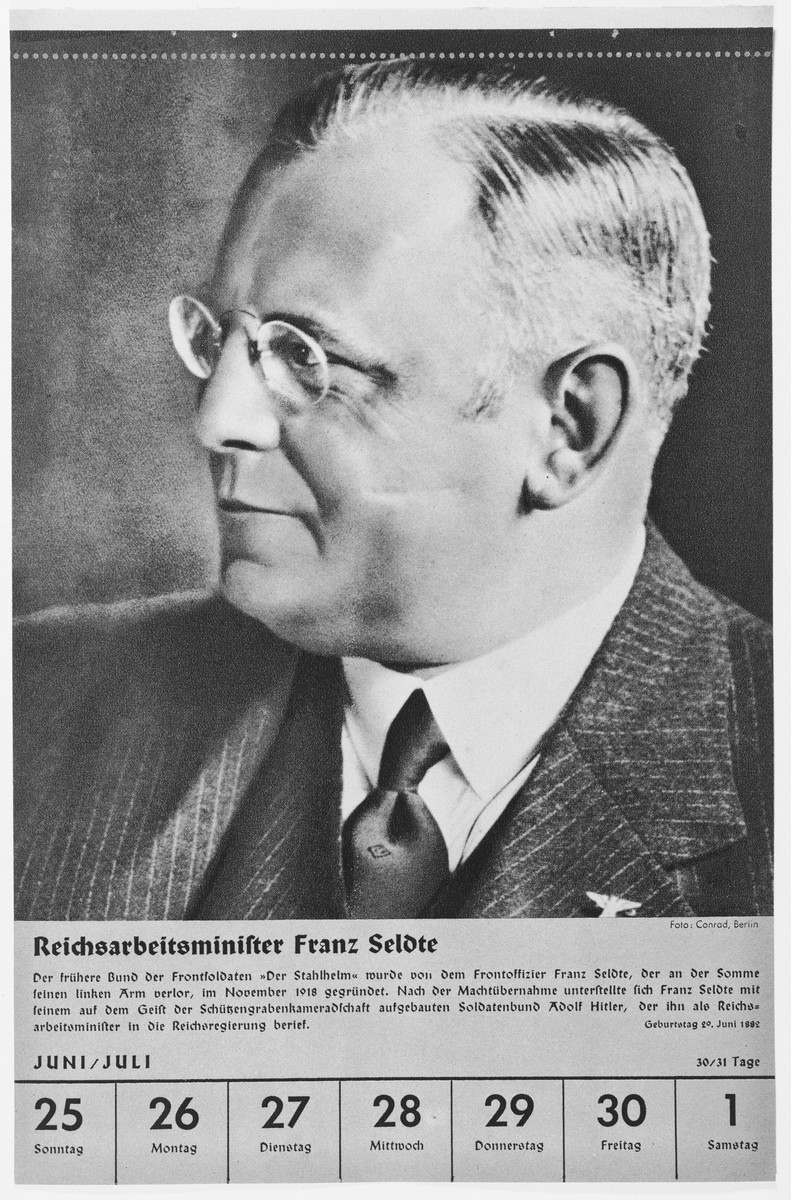 Biography
Franz Seldte (1882-1947) served as Reich Minister of Labor from 1933 to 1945 and founded the Stahlhelm, a nationalist veteran's organization. Son of a merchant, Seldte was born in Magdeburg in the summer of 1882. He assumed control of his father's chemical factory after studying chemistry in Braunschweig. Losing his arm during combat in World War I, Seldte partnered in founding the Stahlhelm in 1918. The Stahlhelm grew into one of the largest paramilitary groups in the Weimar Republic. Seldte preached against Marxism and the Versailles Treaty while insisting on lebensraum for Germany. Closely related to Nazism, the Stahlhelm shook the foundations of the Weimar. Seldte was named Reich Minister of Labor in 1933 and soon took his place as Prussian State Councilor and Minister of Labor for the same area. As a member of the Reichstag, he led the National Socialist German Veterans' Organization, which replaced the Stahlhelm. He died in Bavaria in the spring of 1947.