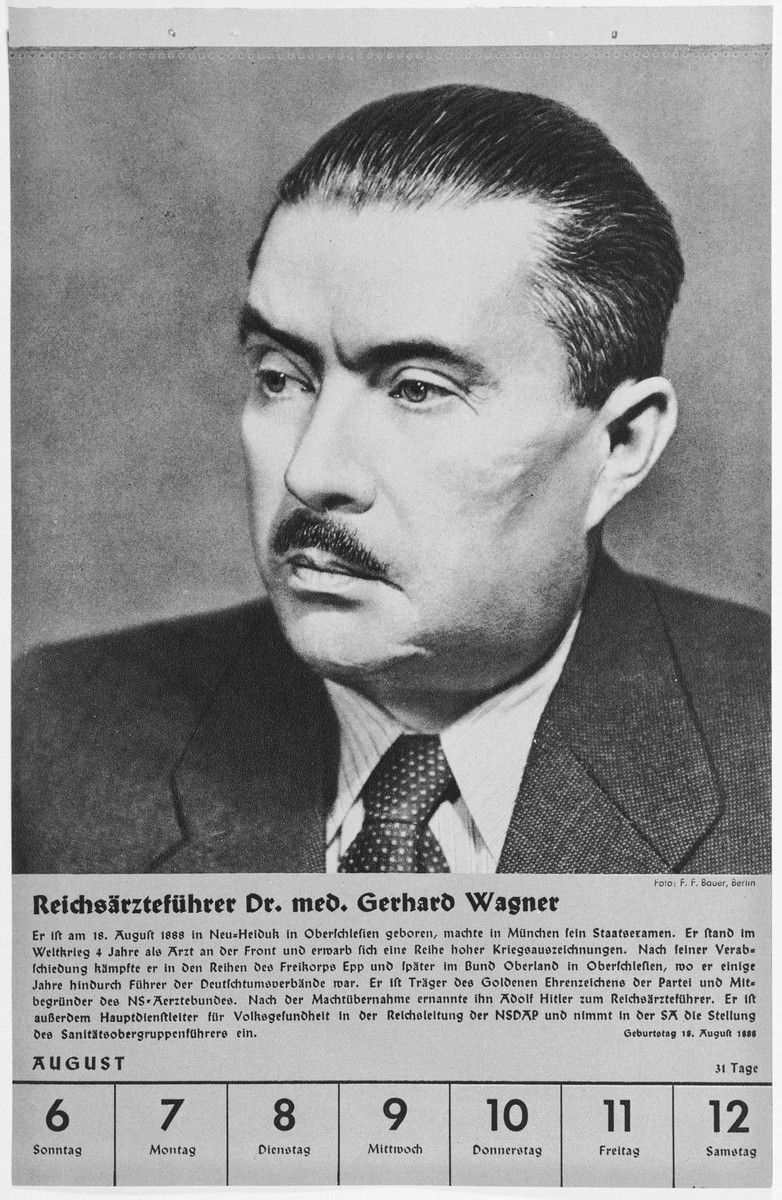 Biography
Gerhardt Wagner (1888-1939) was Leader of the National Socialist Chamber of Medicine and Plenipotentiary for Health in the Party Office. Wagner was from Neu-Heiduk, Upper Silesia and was born in August of 1888. He served as a medical officer during World War I and in the Epp and Oberland Freikorps. Practicing medicine in Munich, he joined the NSDAP in 1924. He co-founded the National Socialist German Doctors' Association in 1932 and was Reich Medical Leader by 1934. As a member of the Reichstag, he was Nazi Medical Leader of Franconia in 1933. Wagner was strongly anti-Jewish and supported the sterilization of the handicapped as well as Jews. He was considered the "godfather" of the euthanasia program. Wagner died in Munich on March 25, 1939.