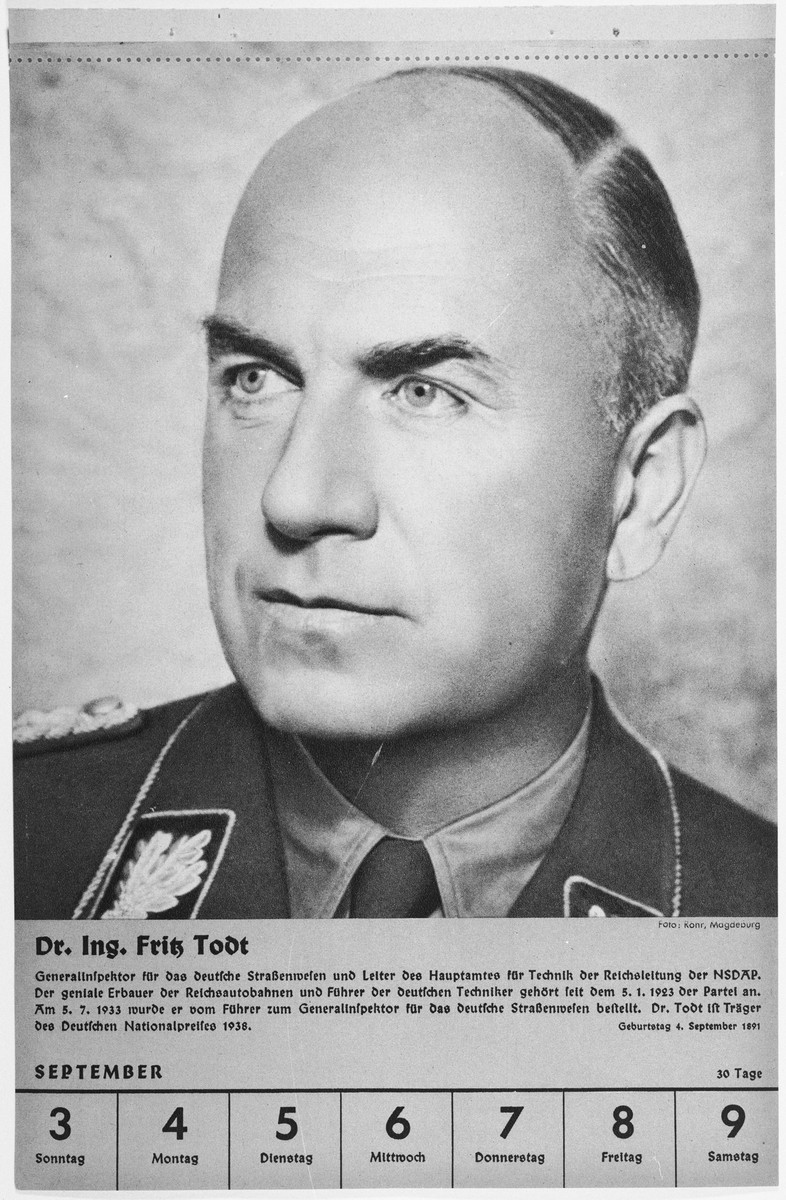 Biography
Fritz Todt (1891-1942) was the Reich Minister for Armaments and Munitions from 1940-1942. Born in September of 1891 in Pforzheim, Baden, Todt was the member of a upper-middle class family. After high school and a stint at a Munich college, he served in World War I on the front and as a flying observer. Working as a civil engineer after the war, Todt joined the NSDAP in January of 1922. By 1931 he was named an SS Colonel on Himmler's staff. Soon he was appointed Inspector General of the German Road and Highway System. Over the next ten years, Todt would be responsible for motorways, roadways, waterways, and power plants in the Reich. He was head of all road-building concerns and charged with building the Western Wall. His workers, under the Todt Organization (TO), were originally Germans completing compulsory work quotas, but he eventually would use slave labor. By 1940 he was named Reich Minister of Armaments and Munitions and now responsible for building the Atlantic Wall and constructing U-boat pens along the coast of France. Highly regarded by Hitler, Todt received the first commendation of German Order; an honor created by the Fuhrer. His accomplishments include the Autobahn and other advances of the German roadway system into occupied countries. Killed in an airplane crash on February 8, 1942, Todt was succeeded by Albert Speer.