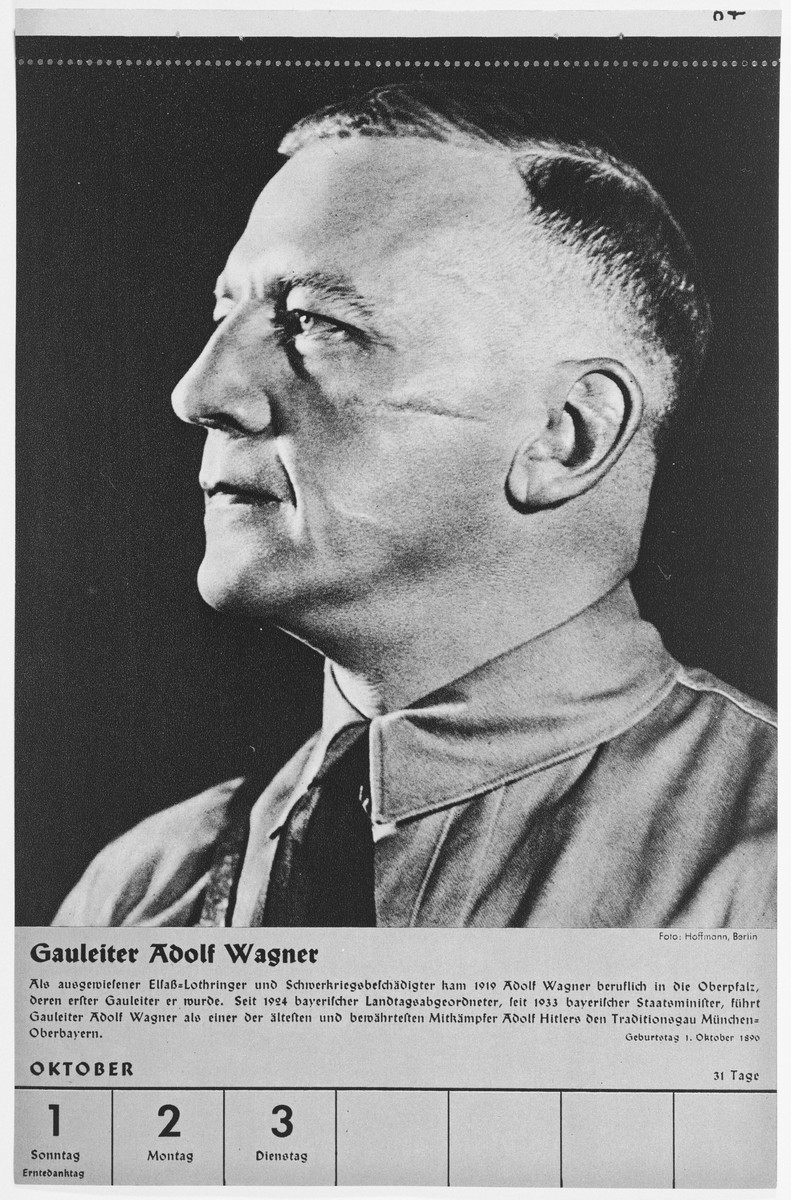 Biography
Adolf Wagner (1890-1944) acted as Bavarian Minister of the Interior starting in 1933. Wagner was born in Algringen, Lorraine in October of 1890 and served as an officer during the First World War. Afterwards, Wagner became Director of a mining company in Bavaria and joined the NSDAP in 1923. A member of the old Munich comrades of Hitler, he became NSDAP Gauleiter for Munich-Upper Bavaria. During 1933, Wagner held positions as State Commissioner, Minister of the Interior, and Deputy Prime Minister of Bavaria. He also served the Reichstag for the electoral district of Upper Bavaria-Swabia. By 1935 he was chosen for Hitler's personal staff, and by the next year he was the new Bavarian Minister of Education and Culture. At the outbreak of war he was named Reich Commissioner for Military Districts VII and XIII but his health began to fail. He soon resigned his positions and died on April 12, 1944.