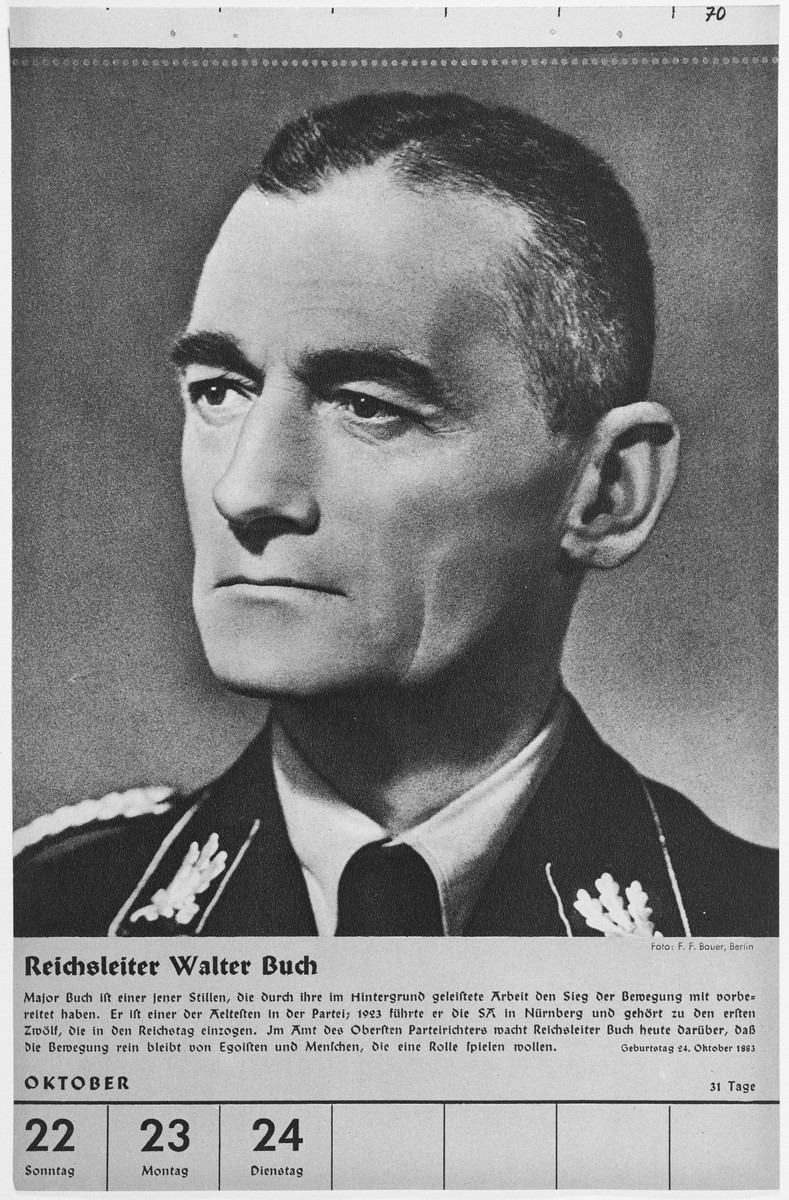 Biography
Walter Buch (1883-1949), Oberster Parteirichter and SA-Obergruppenfuehrer. Buch joined the NSDAP in 1922 and the following year became the SA-Fuehrer of Munich. In 1927 he became chairman of "Uschla," the Inquiry and Arbitration Committee which dealt with internal party arbitration. Buch became a Reichstag deputy in 1928. After Hitler's takeover of power, Buch's title was changed from Chairman of "Uschla" to Oberster Parteirichter, or Supreme Party Arbitrator. Throughout his career in the SA, Buch was active in party purges, including the murder of Ernst Roehm. He was also an active supporter of his son-in-law, Martin Bormann, but their relationship soured and resulted in his gradual decline. In July 1949, an appeals court classified Buch as a major offender, citing his virulent antisemitic activity, and sentenced him to hard labor and the confiscation of property. He committed suicide on November 12, 1949.