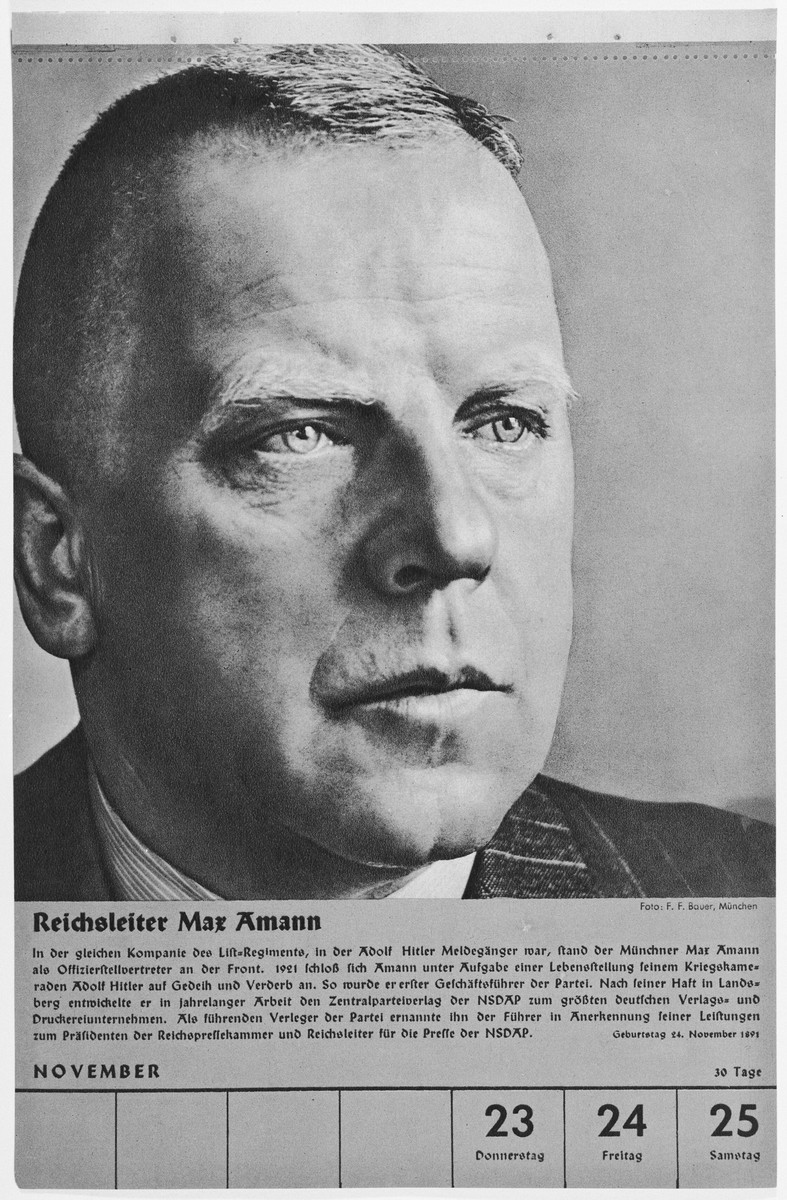 Biography
Max Amann (1891-1957), President of the Reich Press Chamber and Reich Association of German Newspaper Publishers who also contributed to the formation of the Volkische Beobachter the Nazi Party's newspaper trust. Born in Munich on November 24, 1891, Amann attended business school before completing an office apprenticeship at a law firm. During World War I he served as a company sergeant in Hitler's Bavarian regiment. After the war, Amann worked as business manager of the Nazi Party. By 1922 he had been named director of the Eher Verlag, the Nazi Party publishing house. Arrested during the Beer Hall Putsch, Amann was elected as the NSDAP candidate to the Munich city council. He gained a reputation as an aggressive publisher and businessman. Aman was instrumental in helping the Party to gain control of nearly all independent publishing in Germany. Hitler trusted him as his personal banker and made him responsible for overseeing collecting of royalties for Mein Kampf. In 1933 he was elected to the Reichstag from the electoral district of Upper Bavaria/Swabia. In the period between 1934 and 1944 Amann amassed a private fortune through his publishing ventures. At the end of the war, Amann posed as a businessman with no Nazi ties, but his de-Nazification trial proved otherwise. He initially was sentenced to two and a half years, but ten more years were added on after the Central de-Nazification Court determined him to be a 'Major Offender.' Amann died in Munich on March 30, 1957, after having lost the wealth he saved during the Third Reich.