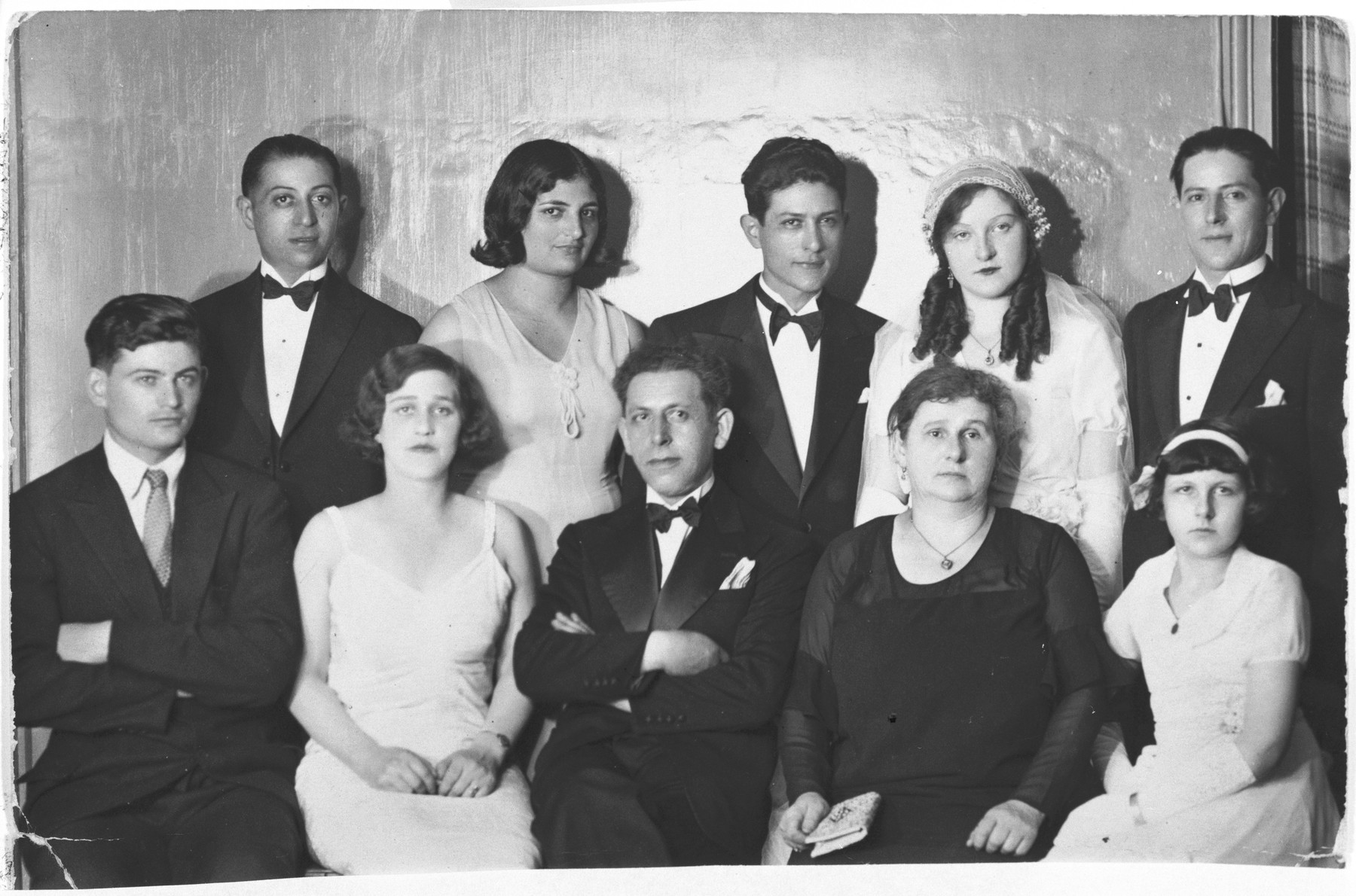 Biography
Brenda Levenson (born Brenda Hershkovitz) is the daughter of Bezalel Hershkovitz and Rosette Reisman Hershkovitz. Bezalel was born in Jerusalem, but he left Palestine in 1927 on account of the worsening economic and political situation. He had hoped to go to England where three of his brothers lived, but when he could not get visa he went to France where he worked as a furrier. There he met Rosette Reisman, and the two married in 1932. Brenda was born the following year on July 11, 1933 in Paris. After the start of World War II, Bezalel enlisted in French army even though he was not yet a citizen. Rosette fled to Sainte-Colombes, a small village in southern France, along with her mother, Sarah Welner, and Brenda. After learning that Bezalel was stationed nearby in Mirandes, Rosette and Brenda joined him there while her mother temporarily remained in Sainte-Colombes and then returned to Paris. After Bezalel was demobilized, following the fall of France, the family at first remained in Mirandes in the hope of getting to Spain and then to the U.S. However Rosette, worried about her mother, persuaded Bezalel to return to Paris thinking everything was now safe. After their return, they became subjected to increasing anti-Jewish legislation. Bezalel contacted Monsieur Vallon, a family friend and member of the resistance, and asked if he could help find a hiding place for Brenda. In January 1944 she was taken to the dilapidated home of the Landais family where five other Jewish children also were hiding. However Brenda was unhappy there and eventually signaled in a letter to her parents that something was wrong. Her parents arranged for the underground to bring her home. Brenda now no longer went to school, but her former 6th grade teacher Mademoiselle Sucarelli tutored her at home. On May 19, 1944 Bezalel was arrested while at work and sent to Drancy and from there to Auschwitz. Rosette quickly left Brenda with their neighbor Madame Alberici and she went to hide with their friends, Maurice and Renee Vitanovsky. The Vitanovskys had agreed to shelter Rosette in an emergency, but not having children of their own they were afraid to take in Brenda. The Albericis treated Brenda very well, even taking her to the theater, but they became frightened and after ten days asked Rosette to bring her somewhere else. Rosette then brought Brenda to friends from Sainte-Colombes and then to the home of an elderly woman and her son. Neither could keep her for more than a few days so in desperation Rosette brought Brenda back to the Vitanovskys. Paris was liberated the first week of August 1944, less than three weeks after Bezalel was deported. After the liberation of Paris, Brenda's grandmother, who had been hiding as a Polish Catholic, returned home. Rosette, who had become pregnant only a few weeks before Bezalel was deported, gave birth to a second daughter, Annie, on February 11, 1945. In July 1945. Bezalel returned home having survived imprisonment in multiple concentration camps.