Meir and Wilhelmina Fankenhuis pose outside their clothing shop in Nijmegen, The Netherlands. 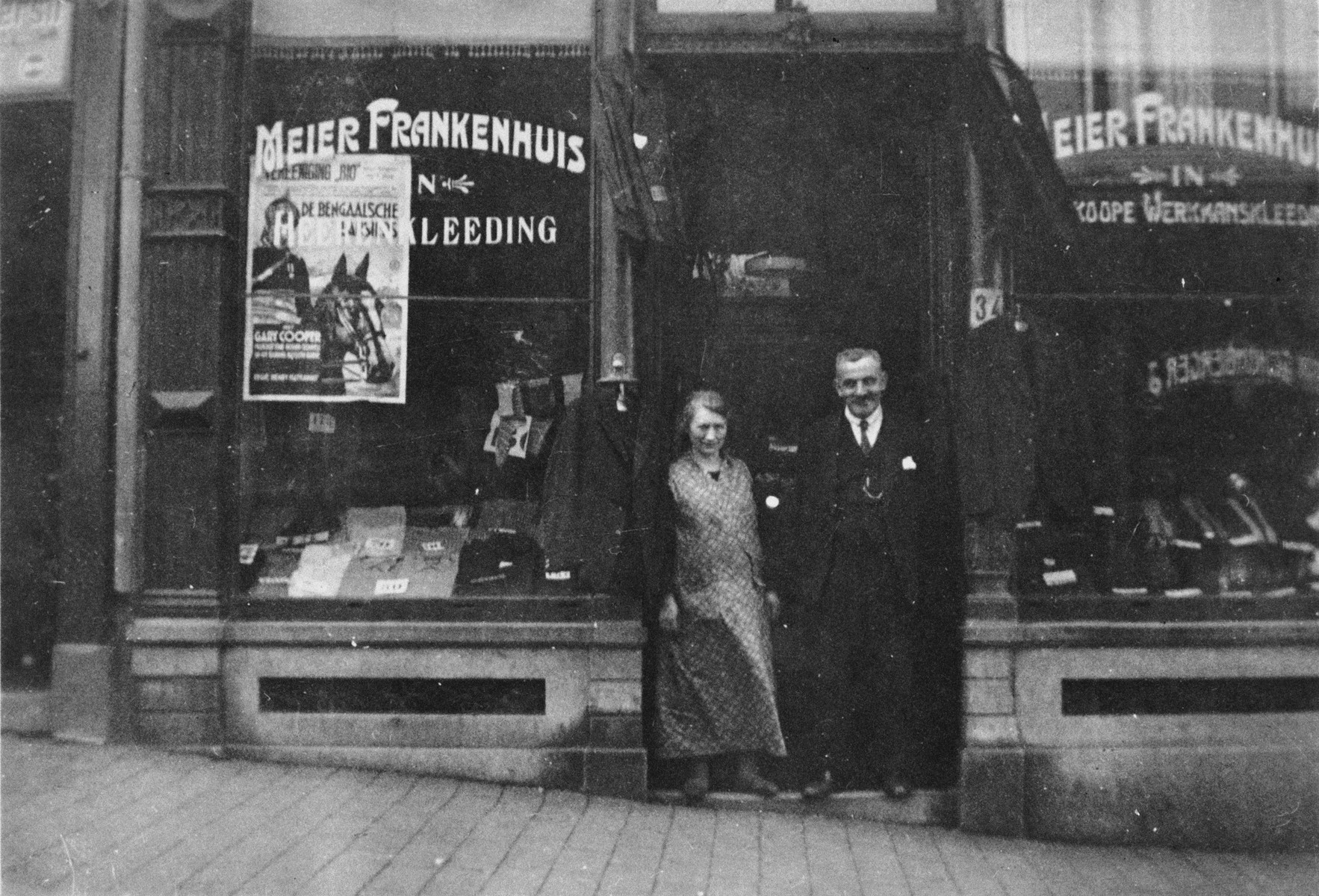 Meir and Wilhelmina Fankenhuis pose outside their clothing shop in Nijmegen, The Netherlands.

Biography
Meier Abraham de Leeuw is the son of David Abraham de Leeuw and Sophia Frankenhuis. He was born on November 5, 1930, in Venlo, The Netherlands where his father worked as a butcher. He has one older sister, Judith Wilhelmina de Leeuw. Starting in 1933 the family lived in Deventer though they spent a lot of time with Sophia's family in Nijmegen. On September 2, 1942 the family went "under water" the term given for going into hiding. They were assisted by the undeground who supplied ration cards and money. After once being discovered by the Gestapo, they had to find a new hiding place. The family managed to remain hidden until Deventer's liberation on April 10, 1945. Although Meier's immediate family survived, much of his extended family, including three grandparents, perished in Auschwitz.