Group portrait of German Jews in a labor detail at the Marneffe detention camp in Belgium prior to the German occupation. 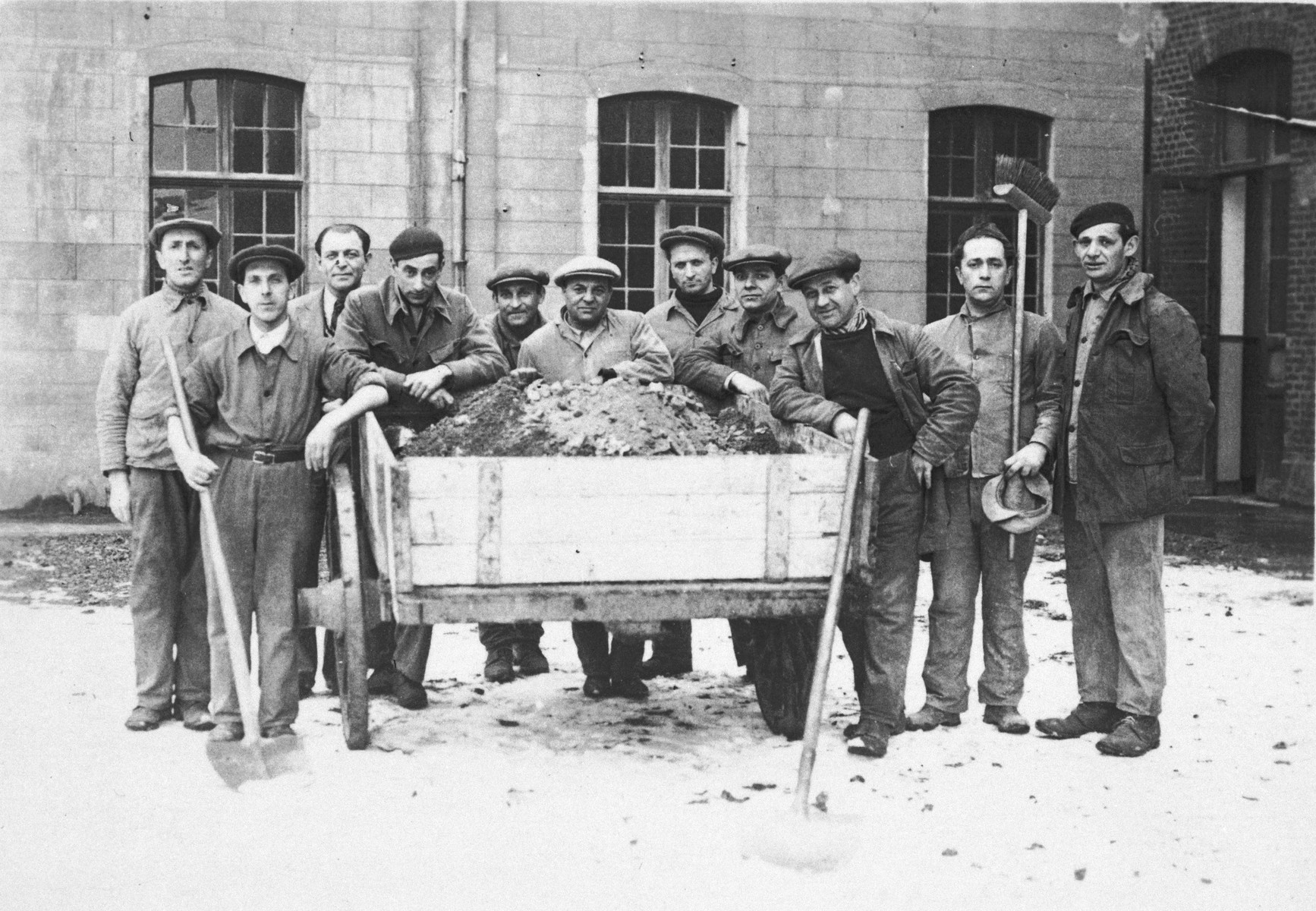 Group portrait of German Jews in a labor detail at the Marneffe detention camp in Belgium prior to the German occupation.

Among those pictured is Max Bild (fourth from the right) and Josef Bild (at the far right).

Biography
Ruth Adler (born Ruth Bild) is the daughter of Max and Bertha (Vogel) Bild. She was born December 4, 1934 in Leipzig, Germany, where her father was a furrier. After German authorities ordered their deportation to Poland in 1938, the family fled to Belgium, where they were arrested by Belgian police and sent to the Marneffe detention camp. There, they found Max's brother, Josef together with his wife and son. They had immigrated separately to Belgium and also were sent to Marneffe. Soon after the German invasion of Belgium in May 1940, the Bild family escaped from the camp. They settled in Brussels and remained there for the next two years. A former teacher of Ruth's, who had helped other Jewish children, offered to find a hiding place for Ruth. The teacher was later discovered and sent to a concentration camp, where she perished. Ruth was brought to the Couvent du Bon Pasteur in Namur, Belgium with false papers identifying her as the orphan, Monique Lannoy. Soon after, Ruth returned to Brussels to be baptized. The priest would only perform the ceremony if Bertha was present. Though she was told not to disclose her hiding place, Ruth gave her mother the name of the convent. This enabled Bertha to find her after the war was over. Ruth hid in the convent from 1942 to 1944, and her parents hid elsewhere in Brussels. Ruth's uncle, Josef Bild was arrested in 1942 and sent to a concentration camp, where he perished. In September, 1944, a few days after liberation, Bertha came to retrieve Ruth. The nuns at first were reluctant to let her take the child. They did not know Ruth's true identity and did not believe that Bertha was indeed her mother. Only after Ruth was brought into the room and dissolved into tears upon seeing her mother did the nuns relent. In February 1947 Ruth and her parents immigrated to the United Sates. Ruth married Herman Adler in December 1957.