Rene Lichtman poses in a garden with his Helene and older cousin. 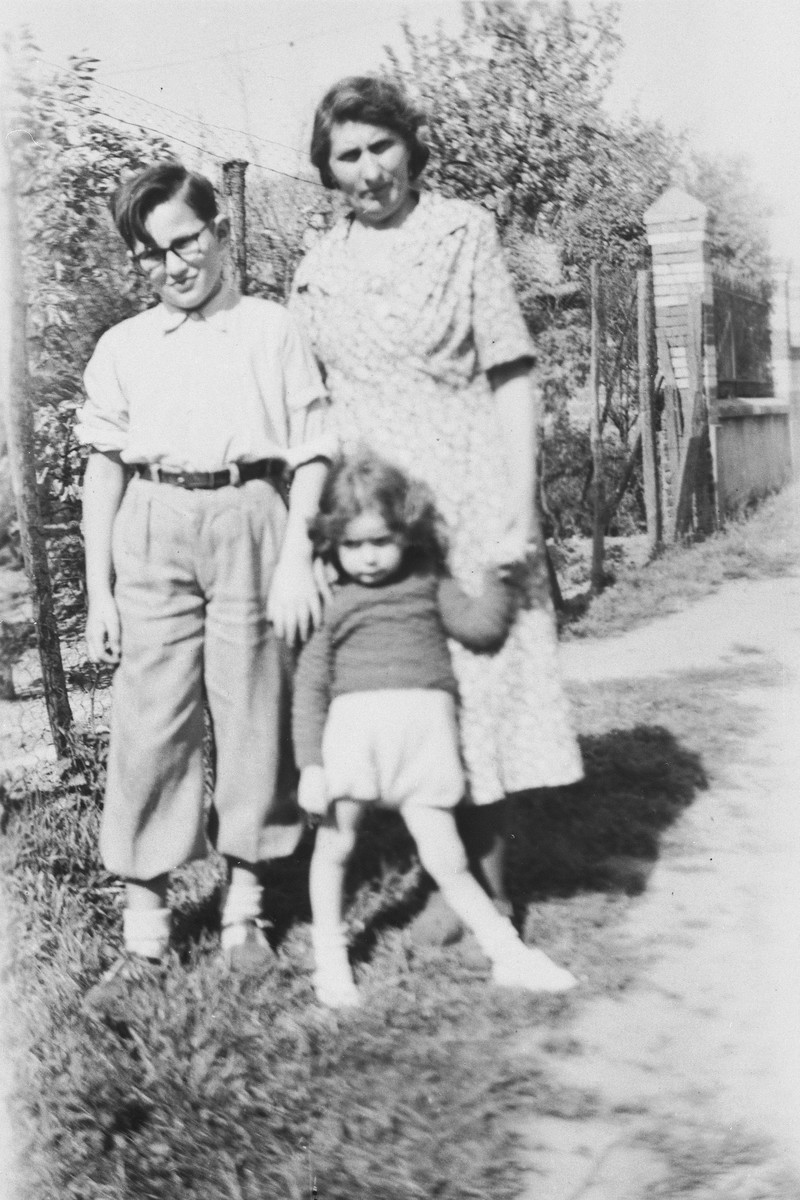 Rene Lichtman poses in a garden with his Helene and older cousin.

Biography
Rene Lichtman is the son of Jacob and Helene Lichtman. Both of his parents grew up in the Lublin region of Poland and immigrated to France in 1936 where they worked as a tailor and seamstress. Rene was born in Paris the following year on December 4, 1937. Since both of his parents were working, Rene stayed with a nanny, Anne Le Page from the age of six months. At the start of World War II, Jacob joined the French army and was killed in combat soon afterwards. At first, Helene remained in Paris with Rene but once the situation for Jews became too perilous, she Anne Le Page and her husband Paul if they would care for Rene. The Le Page family brought Rene to their village of Le Vert Galant, and he stayed with them for the remainder of the war. Helene hid separately in Paris. The Le Page family lovingly cared for Rene as their own child. After the end of the war, Helene came to retrieve her son. The transition for him was very difficult. Not only did he love his foster family, but he did not know he was Jewish and enjoyed living in a small village. Furthermore, his natural mother barely spoke French. At first Rene returned each summer to live with the Le Page family. Then in 1950 Helene informed him that she had remarried and that they were moving to the United States. Rene eventually adapted to life in the United States. He went on to receive a PhD in Instructional Technology, married and had three children. He also became a founding member and vice president of the World Federation of Jewish Child Survivors of the Holocaust.