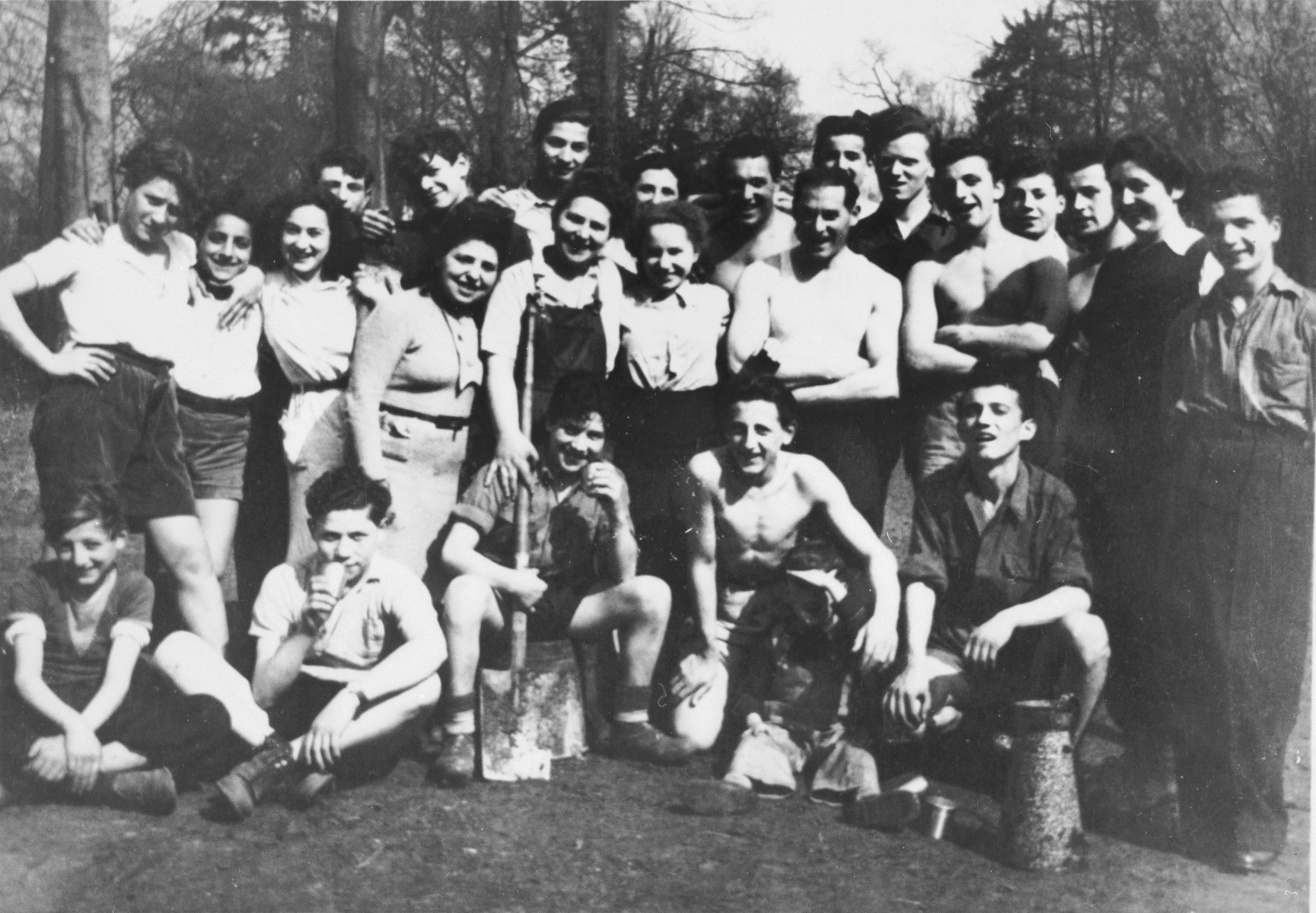 Among those pictured are Jean Maime Bito, Simone Noz (now Nadine Lieberman, standing third from left), Jeannette, Dr. Cecile Wexler, director of the home, and the monitor, Bobbi (standing in back row, tallest on left side).