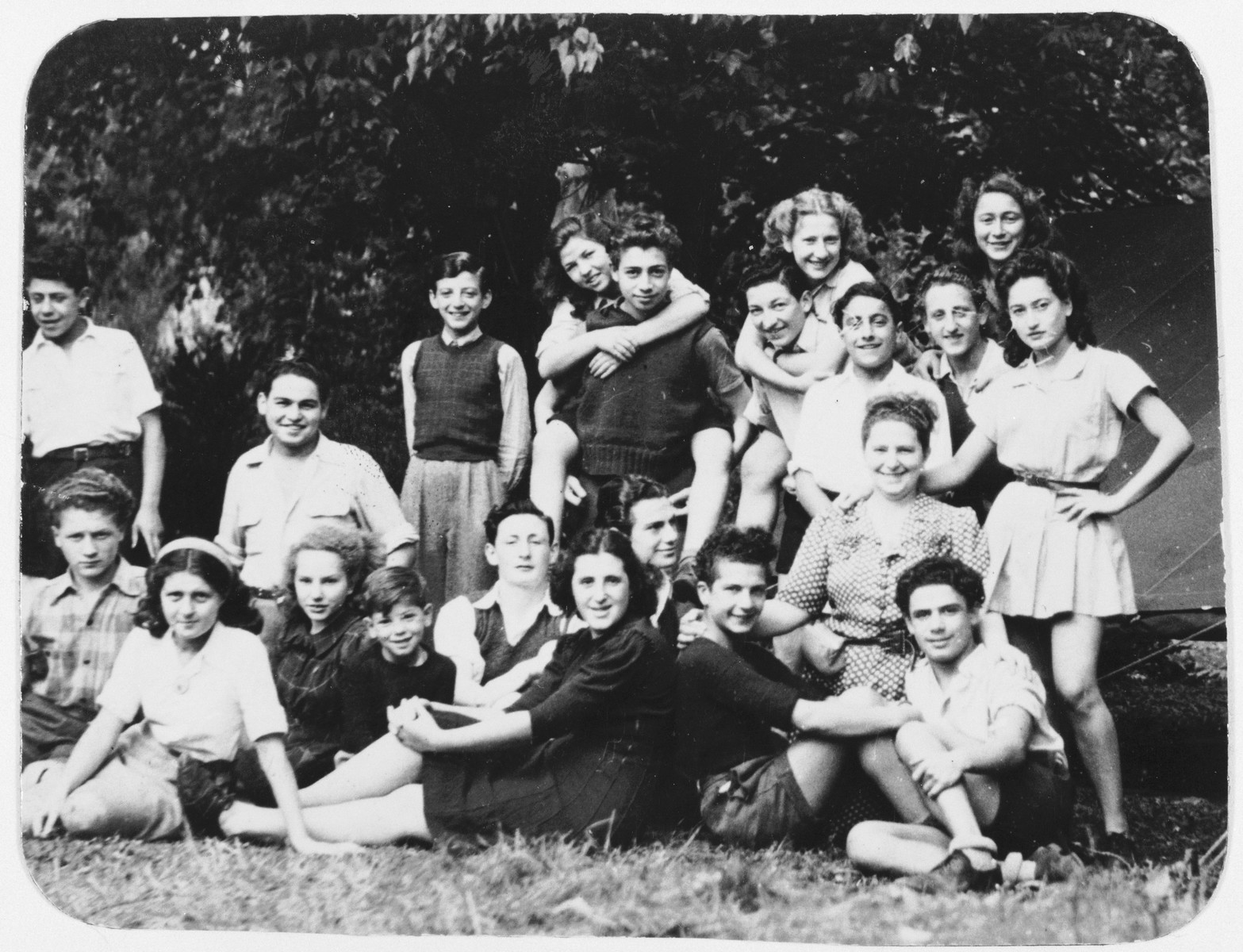 Among those pictured are Simone Noz (standing far right, with hand on hip), Annie Jakobovitch (behind Simone), and Annette (?) (seated front center).