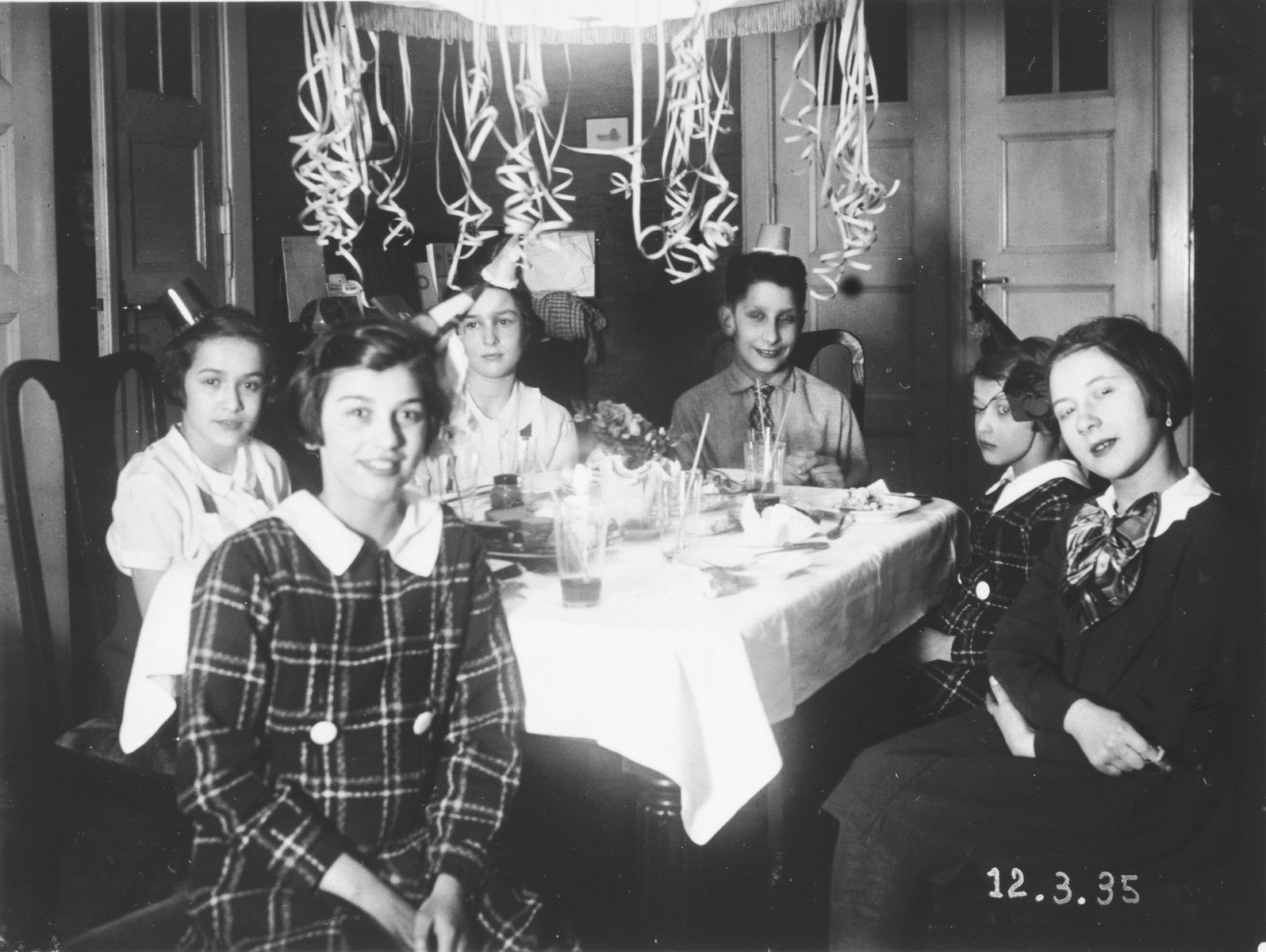 Those pictured include the birthday girl, Hannelore Kittle and Ruth Cohn (seated on left).