Group portrait of German-Jews seated and standing by a park bench in Berlin. 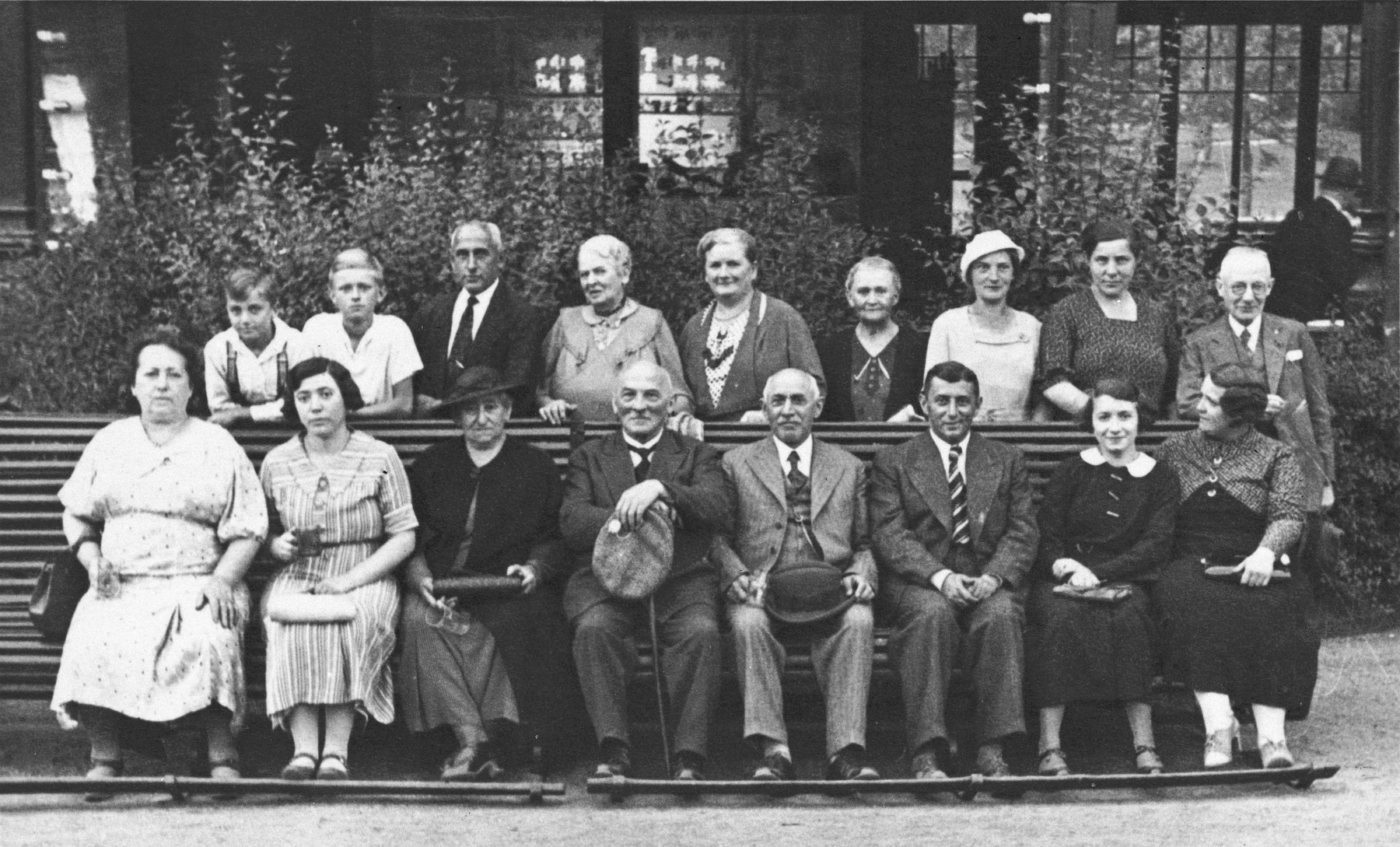 Group portrait of German-Jews seated and standing by a park bench in Berlin.

Among those pictured are Sara and Simon Deutschkron (first row, third and fourth from the left), grandparents of Ruth Cohn.