Portrait of a Jewish family in Budapest. 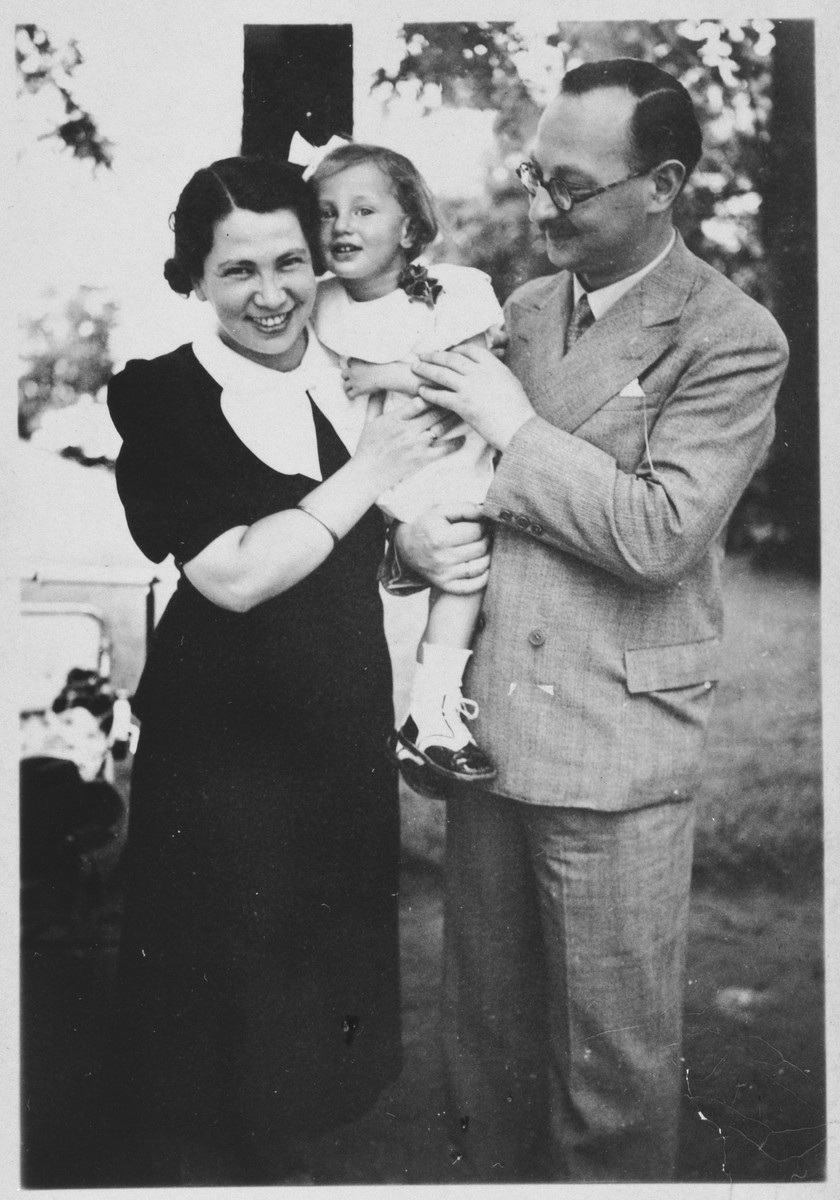 Portrait of a Jewish family in Budapest.

Pictured are Lorand and Ella Schichtanz with their daughter, Judit.