Three Jewish preschool girls look at a picture book in a playroom. 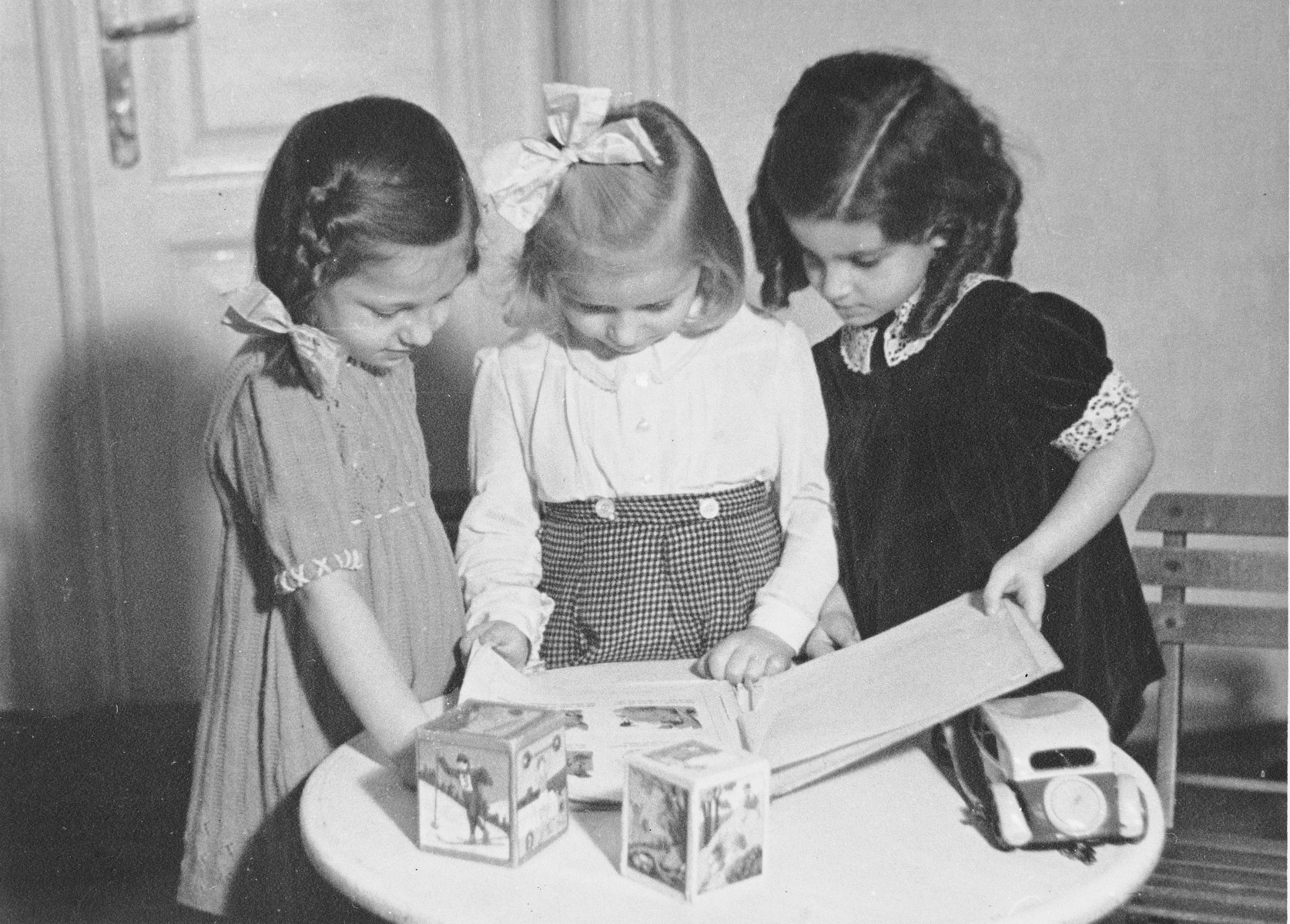 Three Jewish preschool girls look at a picture book in a playroom.

Pictured from left to right are: Judit Schichtanz, Marika Tusak and Susi Lieber.