Signed portrait of Manfred Lewin, a member of the Hehalutz Zionist youth movement in Berlin, who was deported to Auschwitz in November 1942. 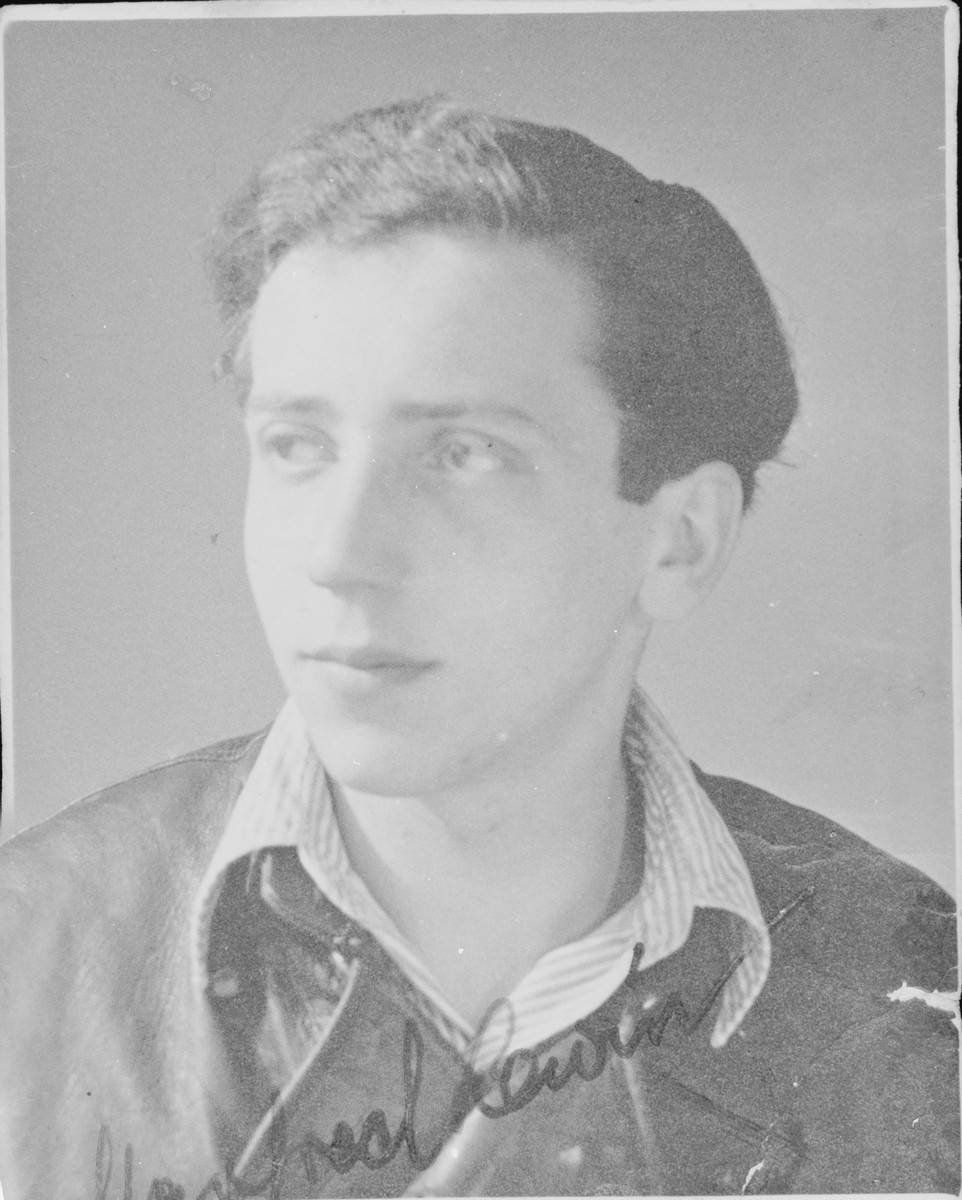 Signed portrait of Manfred Lewin, a member of the Hehalutz Zionist youth movement in Berlin, who was deported to Auschwitz in November 1942.

Biography
Manfred Lewin was born on September 8, 1922 in Berlin where he lived with his parents and four siblings in a predominantly Jewish section of the city. During the Third Reich, the family lived in poverty in a small apartment not far from the home of Gad Beck at Dragoner Strasse 43. Manfred's father was a barber and his mother, Jenny, a former secretary. Manfred joined the Hehalutz Zionist youth movement in Berlin, and together with Gad Beck, who became his homosexual lover, took part in activities at the Youth Aliyah school run by Jizchak Schwersenz. Manfred was deported to Auschwitz in November 1942 where he perished.