Members of the Madna household pose with the Jewish child they are hiding in their home in The Hague. 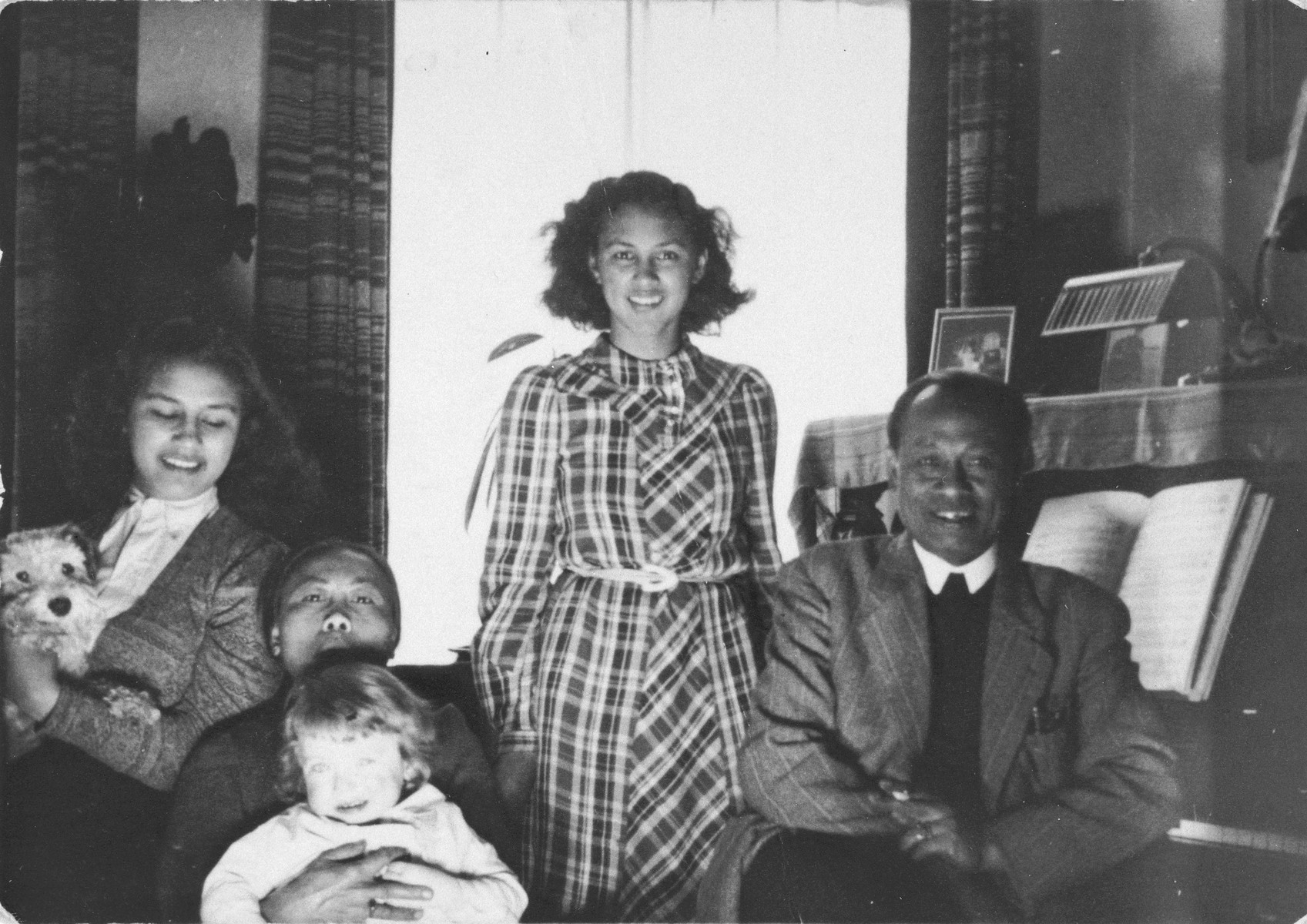 Members of the Madna household pose with the Jewish child they are hiding in their home in The Hague.

Tolé Madna (1898-1992), a Dutch-Indonesian rescuer who hid a Jewish child in his home for three years during the German occupation of Holland. Born in Maos, Java in the former Dutch colony of Indonesia, Madna immigrated to Holland with his adoptive parents (the Bosmans) in 1916. The family settled in The Hague, where Mr. Bosman opened an Indonesian restaurant. Eighteen-year-old Tolé helped his father in the business. When some years later the Bosmans decided to return to Java, Tolé elected to remain and continued his employment at the restaurant (now under new ownership), eventually becoming its manager. In 1926 Tolé married a Dutch woman by the name of Johanna Adrianna von der Roest (known as Annie), with whom he had three children: the girls, Wilhelmina (b.1927) and Dewi (b. 1929); and the boy, Tolé Johannes Hendricus (b. 1931). Shortly before Tolé's birth, the Madnas hired Mima Saïna, a new immigrant from Indonesia, to be their live-in nanny. By 1936, however, the Madna's marriage had soured and ended in divorce. The children were split up. The girls remained with their mother, while Tolé Johannes (with Mima) moved to another area of The Hague with his father. In September 1942, during the German occupation of the city, Annie Madna was asked by her Jewish neighbor, Gitel Münzer, to help find a Dutch family to hide her infant son, Alfred. Annie suggested her younger sister, who took him in, but soon afterwards it became clear that her home was not safe because of a Dutch Nazi neighbor. Annie Madna then turned to her ex-husband, Tolé, who also had been friendly with the Münzer family (Tolé Johannes remembers his father telling him that in the early 1930s he had been given a suit by Simcha Münzer, who was a tailor and owned a men's clothing store in The Hague.). Tolé agreed to take in the Münzer baby, to whom he gave the nickname Bobby. For the next three years Alfred/Bobby lived in the Madna home and was treated as a regular member of the family. Mima cared for him as if he were her own child, and Tolé Johannes was an affectionate and protective older brother. Once, early in 1945, German soldiers began a house-to house search of their street looking for hidden Jews. Tolé Johannes, who answered the door, feigned an inability to understand the soldiers, and they eventually left with out searching the house. Gitel Münzer was the only other survivor of her immediate family. When she returned to The Hague to reclaim Alfred, he had no recollection of her. To ease the child's transition to his "new" mother, the Madnas invited Gitel to move in with them for a time. Tragically, a few months after Gitel's return, Mima died suddenly, and soon after, the Münzers moved to their own flat. Tolé Madna remarried the following year and had three more children. He maintained contact with the Münzers until his death.