Detail of one of the models of the permanent exhibition at the U.S. Holocaust Memorial Museum, showing the Tower of Faces (the Yaffa Eliach Shtetl Collection). 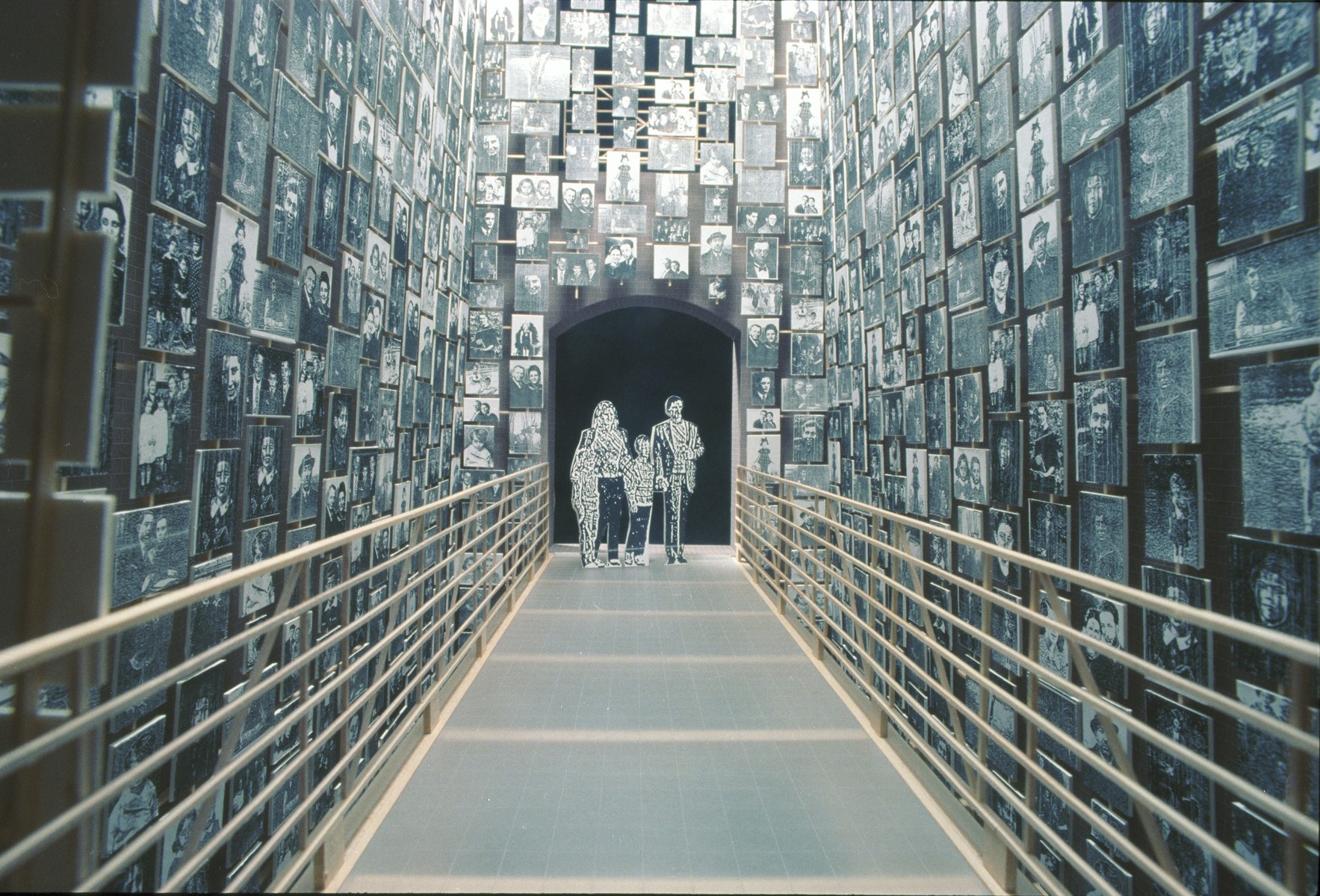 Detail of one of the models of the permanent exhibition at the U.S. Holocaust Memorial Museum, showing the Tower of Faces (the Yaffa Eliach Shtetl Collection).

Event History
The "Tower of Faces" is a three-floor-high segment of the permanent exhibition at the US Holocaust Memorial Museum devoted to the Jewish community of the Lithuanian town of Eisiskes, which was massacred by units of the German Einsatzgruppe and their Lithuanian auxiliaries in two days of mass shootings on September 25 and 26, 1941. The exhibit consists of approximately 1,000 reproductions of prewar photographs of Jewish life in the town gathered from more than 100 families by Dr. Yaffa Eliach, who spent her early childhood in Eisiskes. Eliach is the granddaughter of Eisiskes photographer Yitzhak Uri Katz, who, together with his wife, Alte Katz, their assistant Ben-Zion Szrejder and Rephael Lejbowicz, took most of the photographs in the exhibit. Jews had lived in Eisiskes for almost 900 years, and in 1939, the 3,000-3,500 members of the Jewish community constituted a majority of the town's population. The photographs in this exhibit document the rich religious, cultural, economic and familial life of the Jewish community that existed prior to the occupation of Eisiskes by the German Army in the last week of June 1941. Shortly after German troops entered the town, a Jewish council was formed, and men were conscripted for forced labor. On the eve of the Jewish New Year in September 1941, the community was ordered to surrender all its valuables. The following morning all Jews were ordered to assemble in the main synagogue and its two houses of study. Another 1,000 Jews from the neighboring towns of Valkininkas and Salcininkai were brought to Eisikes and crowded into the three buildings. For the next two days the 4,000-4,500 Jews were held without food or water. On the third day the killing action began with the mass shooting of all the men at the old Jewish cemetery. The next day the women and children were taken out and shot near the Christian cemetery. Only 29 Jews escaped the slaughter.