A procession of men carrying Torah scrolls into the opening services of the Pestalozzistrasse synagogue in Berlin - Charlottenburg, held on Erew Rosh Hashana. 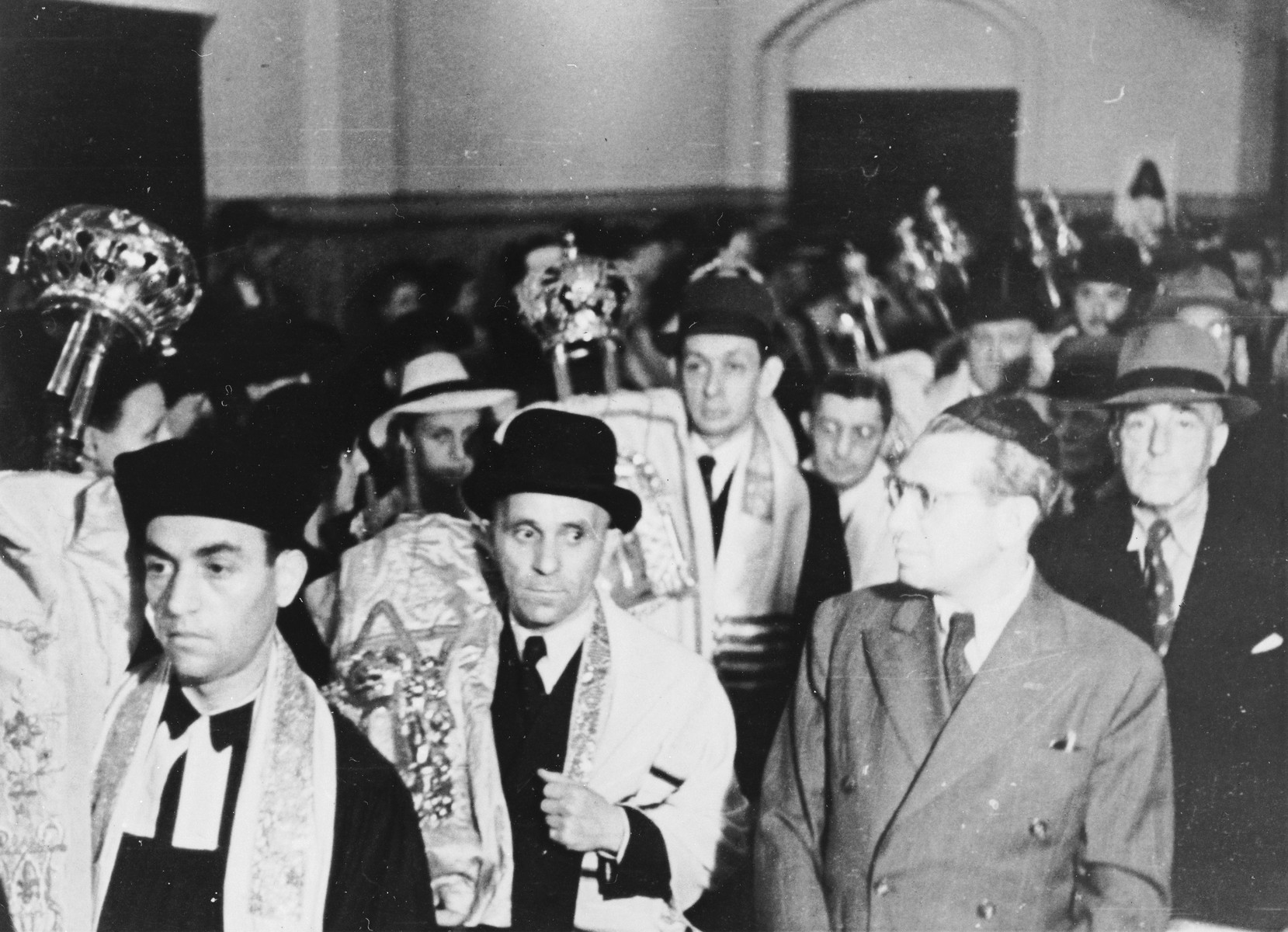 A procession of men carrying Torah scrolls into the opening services of the Pestalozzistrasse synagogue in Berlin - Charlottenburg, held on Erew Rosh Hashana.
Among those pictured are the donor's father Hans Fabian (center), Kantor Estrongo Nachama (far left) and Fritz Sachs (far right). Kantor Nachama was a survivor of Auschwitz. Fritz Sachs was a member of the synagogue board (Gabbai).