Pupils sit at their desks in a classroom at a public school on Zamarstynowska Street in Lvov. The school, which was located in a Jewish neighborhood, was populated almost entirely by Jews. 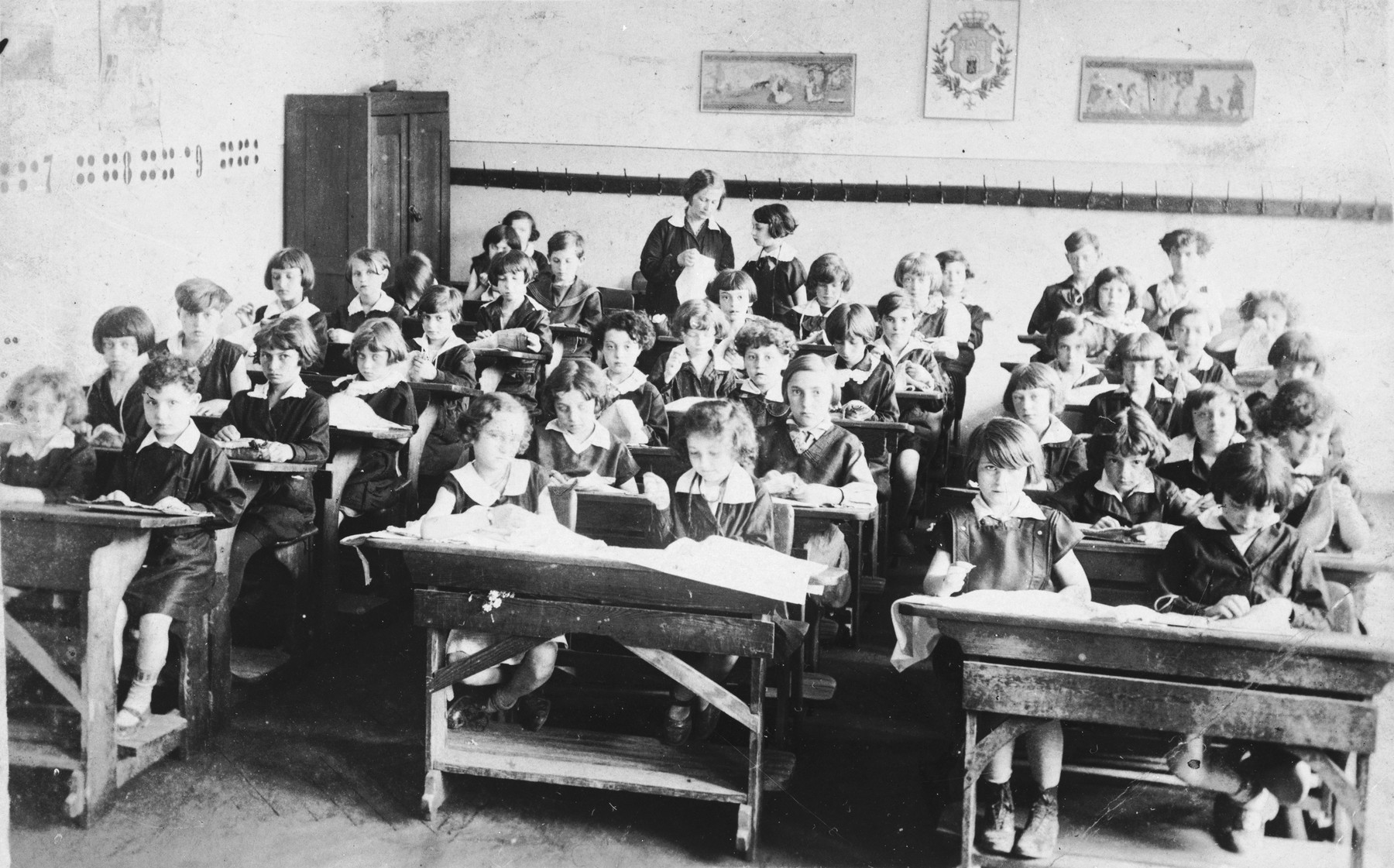 Pupils sit at their desks in a classroom at a public school on Zamarstynowska Street in Lvov. The school, which was located in a Jewish neighborhood, was populated almost entirely by Jews.

Among those pictured is Tamara Abramowicz (lower left).

Biography
Tamara Raizel Abramowicz is the daughter of Rabbi Nussin and Adele (Baumwald-Wilner) Abramowicz. She was born December 9, 1922 in Lvov, where her father was a rabbi. Tamara had one sibling, a half-brother named Yankel (born c.1915). Tamara attended a public Polish primary school after having been taught privately in her home by a rebbe. Her school was located in the heart of the Jewish quarter in Lvov, on Zamarstynowska Street, and as a result, most of her schoolmates were Jews. In 1933 Tamara's father left Lvov for London, where he intended to establish himself and then bring over the rest of the family. However, many years were to pass before he managed to send affidavits of support to his family. Yankel was the first to join him in England in 1938. Tamara and her mother followed in June 1939. After living for two years in the East End of London, the family moved to Golder's Green, where Rabbi Abramowicz earned a living as a part-time cantor and sexton. During the war Tamara attended a secretarial school in London and afterwards went to work for the local branches of the Jewish National Fund and the Mizrachi religious Zionist organization. She also became involved in the Ezra religious Zionist youth movement. She visited Israel in 1949 with friends from the movement, but did not choose to remain. The following year, while visiting family in New York (including her brother who had moved there right after the war), she met Leonard Paul, an American artist. She immigrated to the U.S. in 1951 in order to marry him, and the couple settled in Baltimore. Four years later Tamara's parents immigrated as well, settling in the Crown Heights section of Brooklyn.