A Romani family poses in front of their caravan. 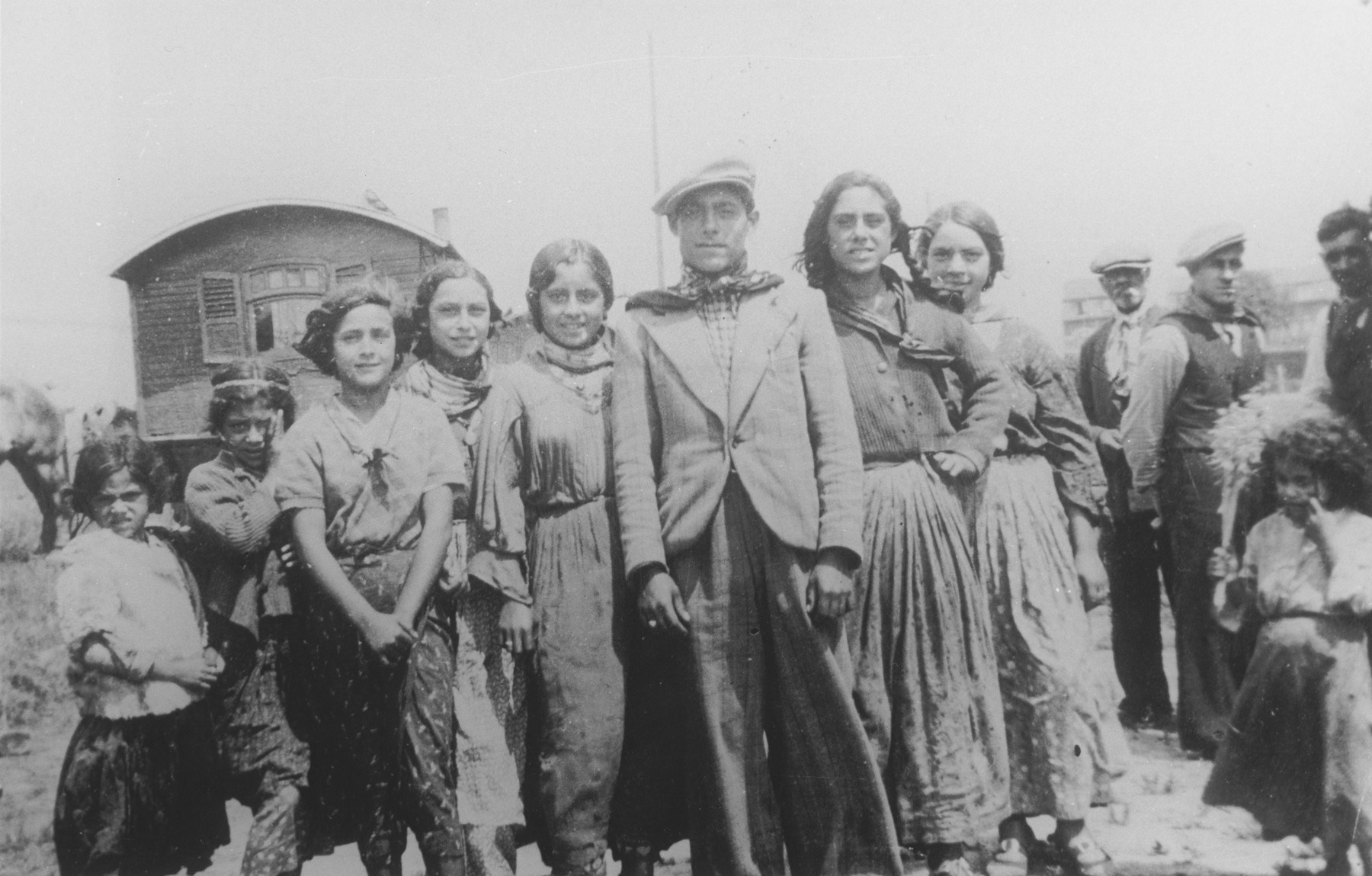 A Romani family poses in front of their caravan.

Biography
Jan Yoors (1922-1977) was the only child of Eugene Yoors, a prominent stained glass artist, and Magda Yoors, an early human rights activist. At the age of twelve, he left his parents' home in Belgium to seek out a group of Roma called the Lovara, who were camping on the outskirts of his town. After befriending several boys his age, he began traveling with their group, gradually learning to speak their language and participate in their daily activities. Six months passed before winter approached and he returned to his parents. They did not discourage his travels, but instead introduced him to a leading anthropology professor at the University of Ghent, who could help him to fully understand and appreciate his experiences. For the next six years he divided his time between the home of his birth family and the world of his adoptive family whose patriarch, Pulika, had accepted him as a son. When Yoors reached the age of eighteen, his adoptive family offered to arrange his marriage to a Romani bride. Though reluctant to offend his friends, he declined, realizing that he would ultimately return to his previous way of life.

When World War II began, Yoors decided to join the British Army. At the request of a British intelligence officer, he agreed to recruit Roma to assist Allied intelligence units, and together they worked to smuggle arms to the Resistance. They were arrested by the Gestapo in 1943, and Yoors was sentenced to death. He endured solitary confinement and six months of intermittent torture before being accidentally released a year later, due to a case of mistaken identity. Upon his release he returned to his resistance work. With assistance from the Allies, he impersonated a high ranking S.S. officer who had the authority to transport prisoners by train, and was thus able to rescue intelligence officers, downed pilots, and others from behind enemy lines. Within a short time, though, he was again arrested. He was sent to the Miranda concentration camp (under Franco), where he remained until 1945. He learned then that the majority of his Romani family had been sent to Auschwitz, and had not survived.

Following the war, Yoors married Annabert van Wettum and moved to the outskirts of London, where he studied painting and sculpture. The couple became interested in tapestry weaving, constructed a loom and began weaving large scale tapestries together. They were soon joined by Annabert’s childhood friend, Marianne Citroen. In the early 1950s, Yoors, Annabert, and Marianne moved to New York City, where they established their own studio in Greenwich Village. Yoors and Annabert had two children, Vanya and Lyuba. In order to ensure his children’s legal paternity, Yoors and Annabert divorced, Yoors married Marianne, and they had one child, Kore. Yoors traveled throughout the world from the 1960s and early 1970s, and photographed extensively. In the mid sixties, an exhibit of his works, "Metaphors: A Photographic Essay on Religious Architecture" was shown at the International Congress on Religious Architecture and the Visual Arts. Throughout his life, Yoors maintained his close association with the Roma. He traveled throughout Europe, the Balkans, and Turkey, visiting and photographing numerous groups. He authored or provided photographs for several books, including The Gypsies (1967), The Gypsies of Spain (1974), and The Heroic Present (2004).