Gathering of a Fascist social club in Berlin. 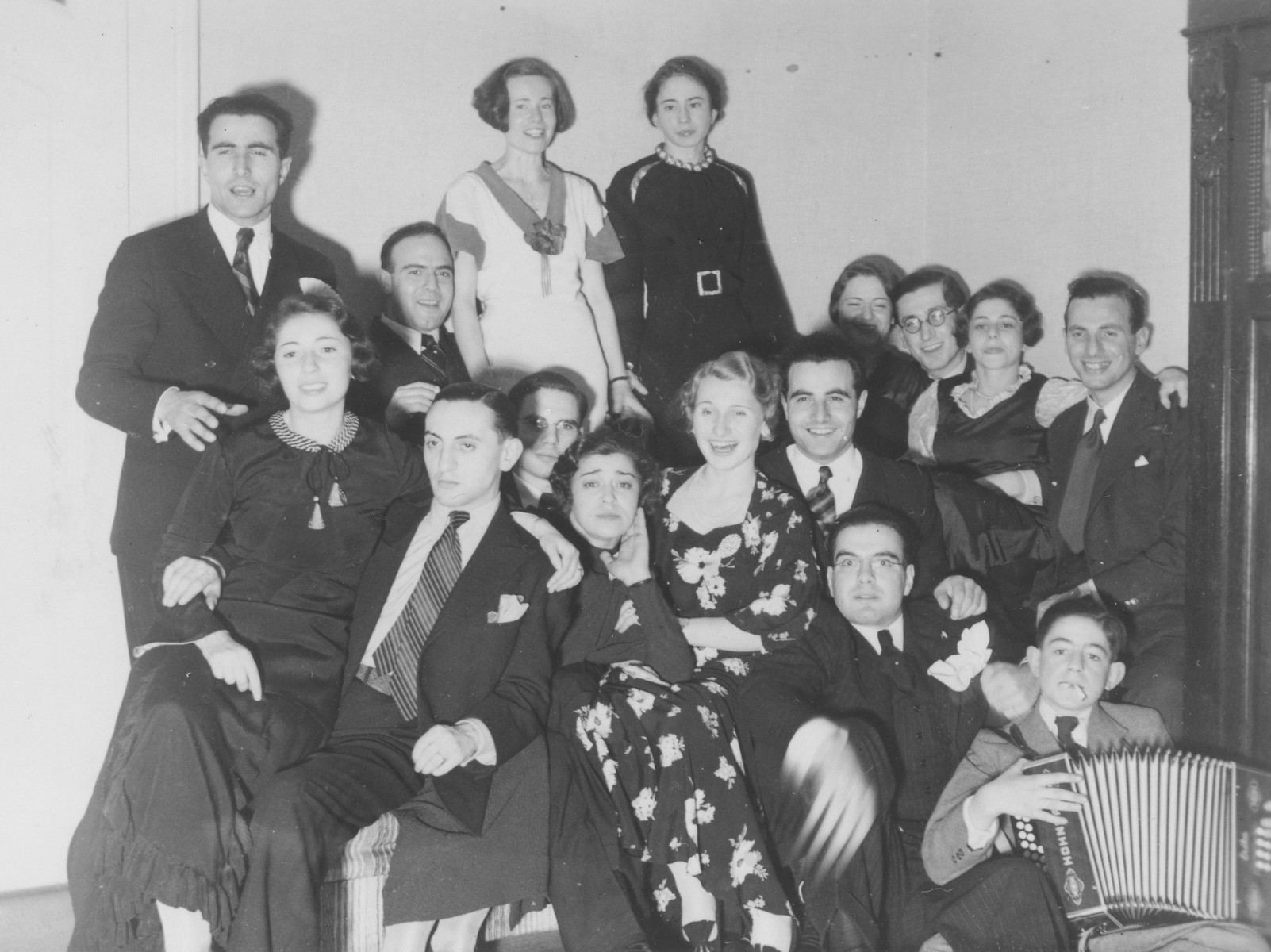 Gathering of a Fascist social club in Berlin.

Gitta Schadur is pictured in the center with her hand on her cheek.

Biography
Gitta Schadur (later Shadur) was born on September 29, 1905 in Livengoff, Latvia. She began her secondary studies in Lisichansk in the Ukraine during the Russian Revolution and the Civil War and completed them in Riga in the early 1920s. In 1931 she moved to Berlin to join other members of the family who had immigrated a few years earlier. There, her brother Michel set her up in a retail exotic fruit and delicacies business, which she operated successfully until Kristallnacht. Fascinated by Italian culture and literature, she frequently traveled back and forth to Italy using her Latvian passport. This fostered her interest in Mussolini and Fascism. In the early 1930s she joined a Fascist group in Berlin, becoming its only Jewish member. She received her American immigration visa in August 1939 and promptly departed for Belgium. She sailed from Antwerp to the United States on September 2, 1939.

Joseph Shadur (born Jospeh Schadur) is the son of Manja Hasenson and Michel Schadur. He was born April 23, 1928 in Riga, Latvia. His parents had moved to Berlin in 1927 soon after their marriage, but Manja returned briefly to Riga to give birth to him. Joseph has one sister, Benita (b. 1932). The family remained in Germany through the first years of the Nazi regime, where Michel supported the family through the international wholesale fruit trade. By the fall of 1935, however, Nazi policy had undermined his ability to do business and Michel was traveling abroad to evade arrest. After much effort, Manja acquired temporary tourist visas for Belgium and arranged to meet Michel in Antwerp on January 1, 1936. There, Michel was able to reopen his fruit business. The German invasion of Belgium in May 1940, however, forced them to flee once again. The family escaped by private car to France, reaching Bordeaux shortly before the French defeat. For the next seven months they lived a tenuous existence in the rural village of Bruges (Gironde) near Bordeaux, while waiting for their travel documents to the United States. The visas were arranged with the help of Michel's sister, Gitta, who had left Germany for America in August 1939, and was living in Minnesota. After securing the immigration visas and the necessary transit visas for Spain and Portugal, the Schadurs set out for the border on December 14, 1940. Their timing was fortunate and they crossed from France to Spain by fluke of luck, but met with serious difficulties at the Portuguese border. Once the Schadurs reached Lisbon, they had to wait another two months before securing passage aboard one of the American liners that sailed weekly from the last free port in western Europe. Finally, on February 21, 1941 the family departed aboard the SS Exeter arriving at Ellis Island in New York. From there, they proceeded on to their new home in St. Paul, Minnesota. At war's end Michel Schadur joined the United Nations Relief and Rehabilitation Administration. He was sent to Germany, where he served as a supply officer for UNRRA teams in the district of Wurttemberg, and later as the director of the Jewish displaced persons camp in Backnang (Baden-Wuerttemberg).